Can we Count on Legal Protection for Our Beliefs? | Meridian Magazine 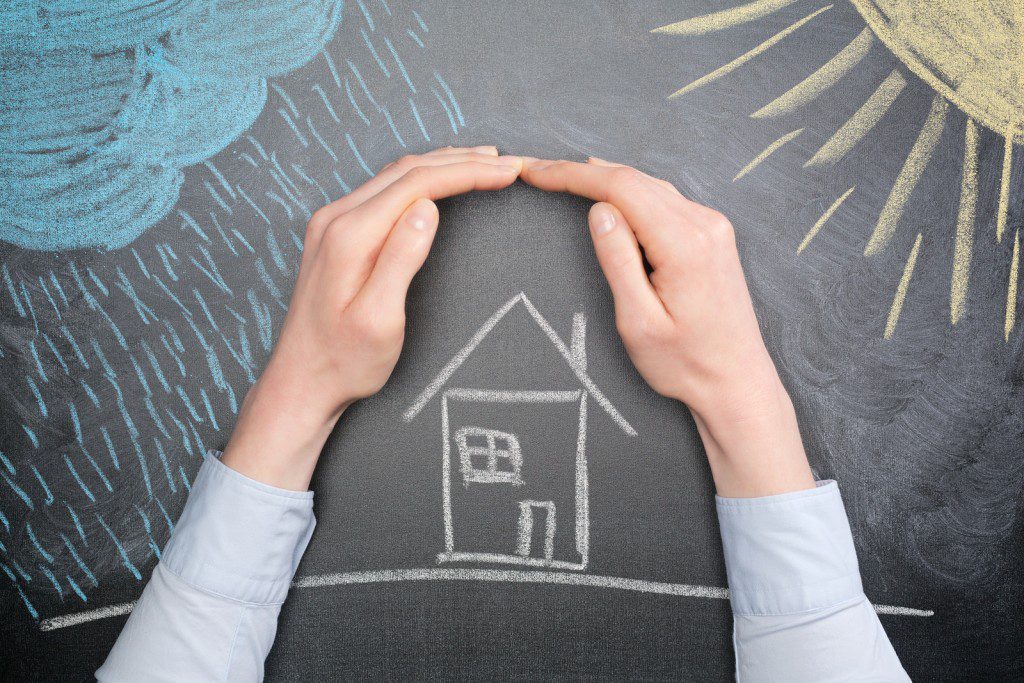 Can we Count on Legal Protection for Our Beliefs?

When studying law and public policy, you quickly learn that unintended, surprising consequences are common. Even serious scholars, experts in these fields, can be caught unaware as a new law plays out in unexpected ways.

For instance, the debate over same-sex marriage and religious liberty is not new; I bought the still-definitive book on it seven years ago. One of its authors, lawyer Marc Stern, has long been deeply involved in observing and predicting every possible way that developing marriage law could affect other laws. But he was caught completely by surprise in 2006. That’s when Catholic Charities lost its license to conduct adoptions in the state of Massachusetts because it would not place children with same-sex couples. The legislature refused to grant an exemption for religious organizations.

Stern said: “Government is so pervasive, it’s hard to know where the next battle will be. I thought I had a comprehensive catalog, but the adoption license issue didn’t occur to me.”

Stern wasn’t kidding about a “comprehensive catalog”; many of the legal difficulties he anticipated are listed on the FairMormon Wiki. It’s a long list. But it’s far from exhaustive.

For instance, Stern anticipated that government recognition of same-sex marriage would risk the tax-exempt status of religiously-affiliated organizations like schools and charities. (At the time, this warning was ridiculed.) But Stern did not mention a risk that churches themselves would be forced to pay taxes. No one thought such a threat was possible back in 2008, because it so obviously violates the First Amendment.

But things have changed. They may not succeed, but well-settled First Amendment law isn’t hindering activists from calling for churches themselves, as well as all their affiliated institutions, to be taxed.[i] No one in 2006 would have thought it possible for a major national magazine to publicize such a stance.

There’s much more missing from Stern’s list, in part because it’s too narrow. Stern’s list focuses on law and official government action, but sometimes law’s most important effects are on non-government actors.

A new development reported July 8th, barely a week after the Obergefell decision, is extremely dangerous for churches. Churches, like all organizations filled with all sorts of people jostling around and occasionally tripping on icy sidewalks and whatnot, carry liability insurance to protect themselves against lawsuits. After Obergefell, churches that don’t support or perform same-sex marriages are much more likely to be sued by activists claiming discrimination.

These suits ought to be unthinkable–laughable–but now they’re not. The Supreme Court, by inventing a fundamental right to have one’s sexuality validated by all of society[ii], has rendered the Free Exercise Clause of the First Amendment a dead letter. It has invited activist litigation against churches to cement sexuality’s superiority over religious belief in the eyes of the law.

Companies providing insurance to churches know this[iii]. One company that insures thousands of churches has responded to churches’ inquiries with a warning that general liability coverage does not protect against suits over same-sex marriage, and that churches can purchase additional Legal Defense Coverage, but that only covers the costs of a suit, not any monetary judgment imposed on a church.

Churches may soon be hopelessly caught between a rock (thousands or even millions of dollars in new tax liabilities) and a hard place (uninsurable risk of punitive lawsuits, or even just skyrocketing liability insurance costs). Some churches will change their doctrine and practices in order to get along. Many churches–especially small, independent churches–will close.

Proponents of gay marriage, including some church members, have questioned (and ridiculed) the proposition that enacting same-sex marriage would have any ill effects. A popular meme passed around social media assures that the only possible outcome of enacting gay marriage is some gays getting married. Church members (and other Christians, and members of other faiths) who have defended marriage and warned about threats to religious liberty have been derided as paranoid and bigoted–not only bigoted to oppose gay marriage, but bigoted to invent far-fetched threats to religious liberty as a desperate attempt to prevent same-sex marriage.[iv]

We’re seeing that pretense crumble all around us. Some people trusted activists who assured us they would never harm religious liberty. Now we can clearly see the carelessness at best, or malice at worst, behind those assurances.

Who, meanwhile, has been telling us, frequently and urgently, to advocate for religious liberty? Church leaders, of course. They never promised we’d win every battle (or any battle, for that matter), but they stood against the pressure and ridicule of the world to declare that liberty was threatened. And they were right.

Some faithful church members support same-sex marriage. Some have decided that the church was wrong to support Proposition 8. Some can thread the needle of faith in the church despite disagreement with it on an issue that is one of its most urgent priorities.

I hope these serious and growing threats to religious liberty will have at least one good effect: to persuade the church members striking this risky balance that church leaders had more insight and foresight than many realized. Assuming that united church leadership is acting without inspiration is not wise.

But the LDS Church will be fine!

We’re better-situated to weather these storms than most, yes. The church is exquisitely financially responsible, investing wisely and maintaining a reserve. It can access resources and streamline legal defense in ways unavailable to smaller independent churches. But this is small comfort.

First, “better-situated” can still be “quite vulnerable.” If US churches lose their tax exemptions, that’s millions of dollars you and I won’t be able to claim on our tax returns, millions of dollars the church will have to pay on its properties, purchases, and income, and an opportunity for adversarial government and activists to make mischief with church finances.

Second, the secularization of society as a whole, soon to include the closing or doctrinal compromising of other churches, is a bad thing. For them, for us, and especially for future generations. Sociologist Peter Berger has studied how “plausibility structures” are important to successfully transmit faith to children and youth: when your immediate surroundings of family, friends, and neighbors believe the same things you do, it is easier to go on believing them. If you are an outlier in your belief, you’re more likely to abandon it.[v]

This of course doesn’t mean that we only hold our beliefs because everyone else does. But it’s a simple human truth that belief in the spiritual is more difficult when you lack plausibility structures to enforce it. I think this is one reason the Lord urges us to worship together, in wards–a community of faith is nurturing and sustaining. Being an oddity is hard.

Outside the chapel doors, plausibility structures for Christian belief–or any religious belief at all–are crumbling fast. We should do what we can to save and rebuild them. Our children’s, and others’ children’s, well-being depends on it.

What we can do

The Supreme Court is very powerful. It wasn’t mere rhetorical flourish when I said before that Obergefell rendered the First Amendment a dead letter. We can’t count on legal protection for our beliefs.

But the Supreme Court is not all-powerful. For instance, I expect present and future events will financially pressure small churches in your community. Could you work to save them? Hold fundraisers. Publicize their plight in local media. Highlight the good they’ve done. Help them find alternate facilities to use. Help them combine with other congregations, so that the resulting church is financially sound. Contact your legislators to see if they can prevent or mitigate the damage. (Specifically, support Senator Mike Lee’s Protect Religious Liberty law.)[vi]

It might be years before these dangers gain steam, but don’t be complacent. Reach out to fellow Christians now.

Reach out to your gay friends and acquaintances, too. Some of them have perfectly understandable reasons for feeling religion has failed or hurt them. Try to dispel those reservations with genuine love and understanding. Try to show that your Christ-like love for others is as important as your beliefs on marriage, that both stem from the same source, and all are worth legal protection.

As I drove to work this morning through the beautiful Maryland countryside, the sign in front of a local church boosted my spirit: “MOVE FORWARD WITH FAITH NOT FEAR.” There is much to be done, in friendship and hope. Let us, then, be up and doing.

[i] Oppenheimer’s argument is flawed on its own terms even if one grants the First Amendment isn’t an absolute obstacle to his plans. He says church and state are “entangled” because the IRS has to decide what is and is not a church, and that it’s a problem that the IRS has settled mostly for declaring what is not a church instead of what is. I don’t have space here for the full argument, but what Oppenheimer calls a problem is in fact a system that works quite well–any organization united by belief in a supernatural power, that is not in fact a sneaky cover for a for-profit business or political activism, qualifies as a church. There are always difficult cases at the margins, but that’s no reason to abandon the whole standard (and the First Amendment). Moreover, ending churches’ tax-exempt status would “entangle” churches and the state in a much worse way, by giving the state the ability to pressure churches via the tax code. Additional arguments against Oppenheimer:

[iii] The advice from an insurer to insured churches in the link–basically, that churches should document their beliefs in bylaws and handbooks, find ways to be publicly kind to sexual minorities, and lawyer up–are not, I think, much good. None will adequately protect against a discrimination lawsuit employing the logic of Obergefell–that a person’s right to feel validated in their sexuality outweighs the case promoting man-woman marriage..

[iv] Orthodox Christian writer Rod Dreher calls this the “Law of Merited Impossibility,” summarized as “it will never happen, and when it does, you bigots will deserve it.”

Hi Archie Dunbar, Some churches with large followings will not crash, but many will. A lot of protestant churches are somewhat perilous financially, with mortgages on their buildings that they haven't paid off yet. None of them should have to lose their tax exemption when the case for it is so unconstitutional. Please see my answers to JunkBin and Kevin above for reasons why not asking temple sealings to be recognized as civil marriages will not immunize us from lawsuits.

Hi Kevin JK, Please see my response to JunkBin, above, to address your suggestions. The church isn't acting as an "agent of the state" by performing marriages; the state is recognizing the legitimacy of marriages that the church performs. The end of that arrangement is a catastrophic blow to marriage's important place in our society. And if the church were to stop expecting the marriages it performs to be recognized by civil authority, it would not prevent most of the legal trouble that is on its way.