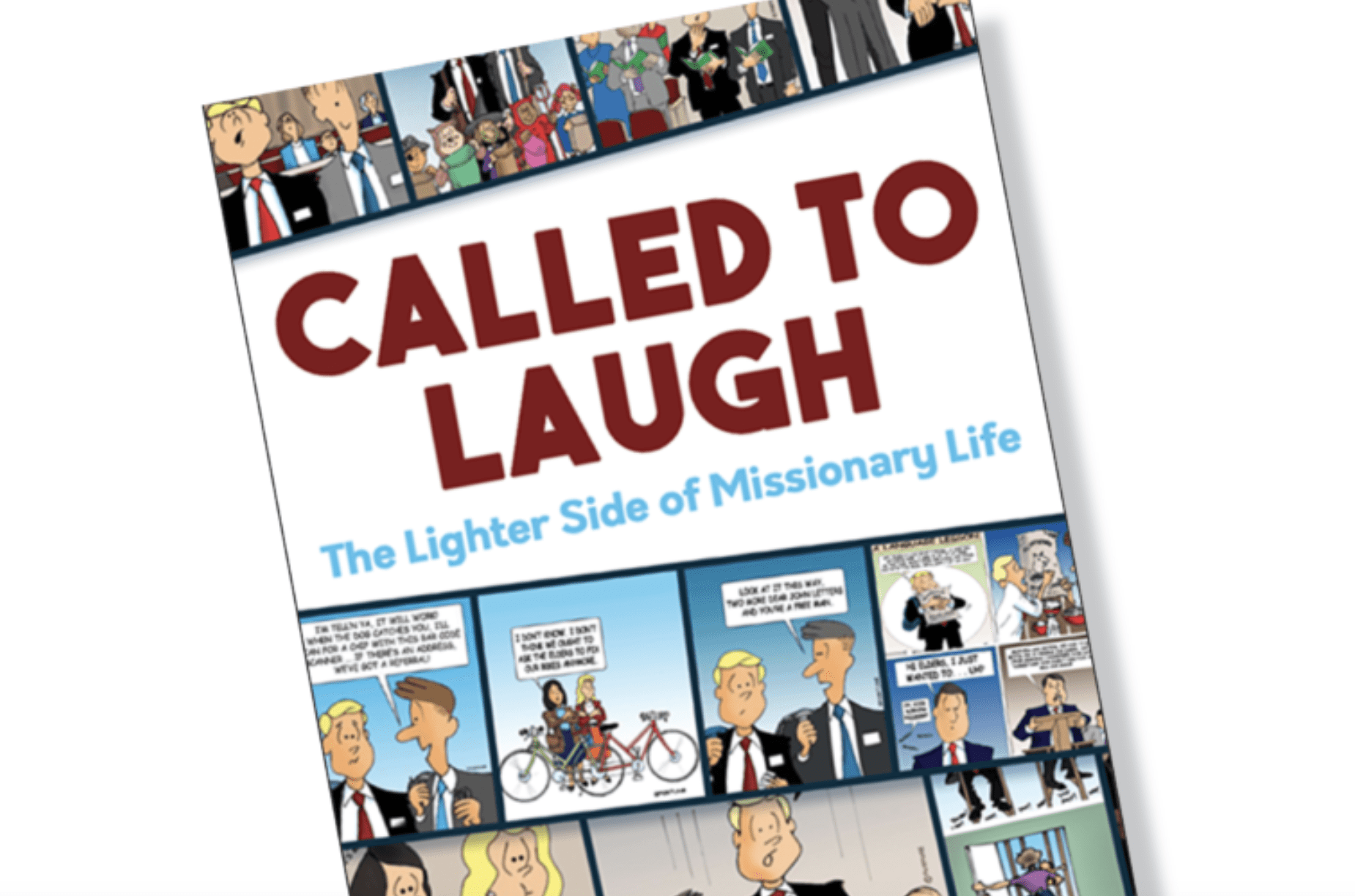 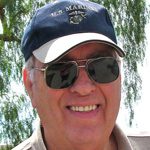 The book “Called To Laugh: The lighter side of missionary life“, published by Cedar Fort was released March 12, 2019 and is distributed through Seagull Book, Barnes & Noble and Amazon.

I have always liked cartooning and started as a child copying the Sunday comics but I learned early on that I couldn’t make it a career if I or my family wanted to eat regularly.

So working in advertising through the last 50 years I found opportunities to do cartoons to enhance my skills. My son Doug, when he was 19 served a Mission in 1988-89 for the Church and went to Tampa, Florida.

We wrote letters weekly. He would write home and tell of an experience and I would turn that experience into a cartoon which I would draw and attach at the bottom of my letter back to him. For instance, he wrote about having “alligators in back of his apartment” and I did the cartoon of the elders in shredded suits talking to the mission president explaining that they had found a dog that was green and 18 inches high but they left a Book of Mormon. The reveling panel shows an alligator in a dog house with a Book of Mormon propping its’ mouth open. So I would take his experience and turn it into a cartoon in each letter.

Just for the fun of it I named the strip Elder’s D&C because his name was Doug and his first companion’s name was Carroll. I based Elder D on a characterization of Doug but I never knew what Carroll looked like so I made him up for contrast.

He would share them with his fellow missionaries and this went on until he came home. Then everything went on the shelf. In 2000, Meridian Magazine put out a call for cartoons and I took my cartoons off the shelf and resized them for the computer and added new ones for about 5 years. I did them as a tribute to Doug, who we lost about 20 years ago.

Then about 3 years ago an author from northern Utah, Bruce Dana saw some of the cartoons in Meridian contacted me and wanted to know if I would team up on a book of humor? He was a published author and was searching for opportunity to do another book on humor in the Church.

He had written a humor book once before. So we set to work and after 3 years, a lot of emails and phone calls (Bruce lives in Hyde Park, near Logan, Utah and I live in St. George, Utah. I had stories sent to me from the cartoons running in Meridian and Bruce had been collecting stories since his first book. We sought more stories and edited many of the cartoons as they related to the subject matter of the stories so when we had a story about losing the apartment key I had a cartoon of missionaries crawling through an apartment window so the stories and cartoons relate to the subject matter.

The book was released March 12, 2019 to the world. The publisher is Cedar Fort and it is titled “Called To Laugh” and is a collection of 86 stories and 58 cartoons that relate to the missionary experience.

Hopefully it will bring a smile or chuckle to the reader as they learn of the sometimes odd and funny happenings to the more than 70 thousand missionaries serving today.

Not everything goes as planned on a mission and this collection of stories and cartoons proves it. In the book Missionaries encounter everything from “hasting the work” with a serious dog chase to unidentified food in care packages from home. They do it all with a smile and determination to reach the one. You may smile, snicker and laugh out loud as you peruse through this enjoyable review of the “best two years” of a missionary’s life.

Here are a couple of sample stories:

In Las Vegas, Nevada, Elders Arnold and Lee were tracking, and knocked on
the door of a woman who was not happy to see them. She said, in no uncertain terms, that she did not want to hear their message and slammed the door in their faces. To her surprise, however, the door did not close and, in fact, bounced back open. This time she really put her body into it and slammed the door again with the same result—the door bounced back open. Convinced that one of these young Mormons was sticking his foot in the door, she reared back to give it a slam that would teach them a lesson, when Elder Arnold exclaimed, “Ma’am, before you do that again, you need to move your cat.”

As a greenie, Elder Cramer didn’t speak the best Spanish, so any teaching situation with him was an adventure. In Uruguay the word for grapefruit is “pomelo” and the word for dove is “paloma,” Elder Cramer confused the two words, as well as his investigators, when he explained the separate nature of the Godhead by stating that at the baptism of the Savior, the voice of God the Father came from heaven, and the Holy Ghost descended upon Jesus in the form of a grapefruit.

A missionary serving in France received a package from some of his
fraternity brothers in Arizona. It contained what appeared to be a very plain and ordinary necktie, suitable for wearing on a mission. One evening, when Elder Philips and his companion were visiting a very proper family, in the middle of a spiritual discussion, the lights suddenly went out. It was pitch black—except for Elder Philips tie, on which gleamed in florescent colors the words: “KISS ME!”

Below are some of the cartoons from the book: