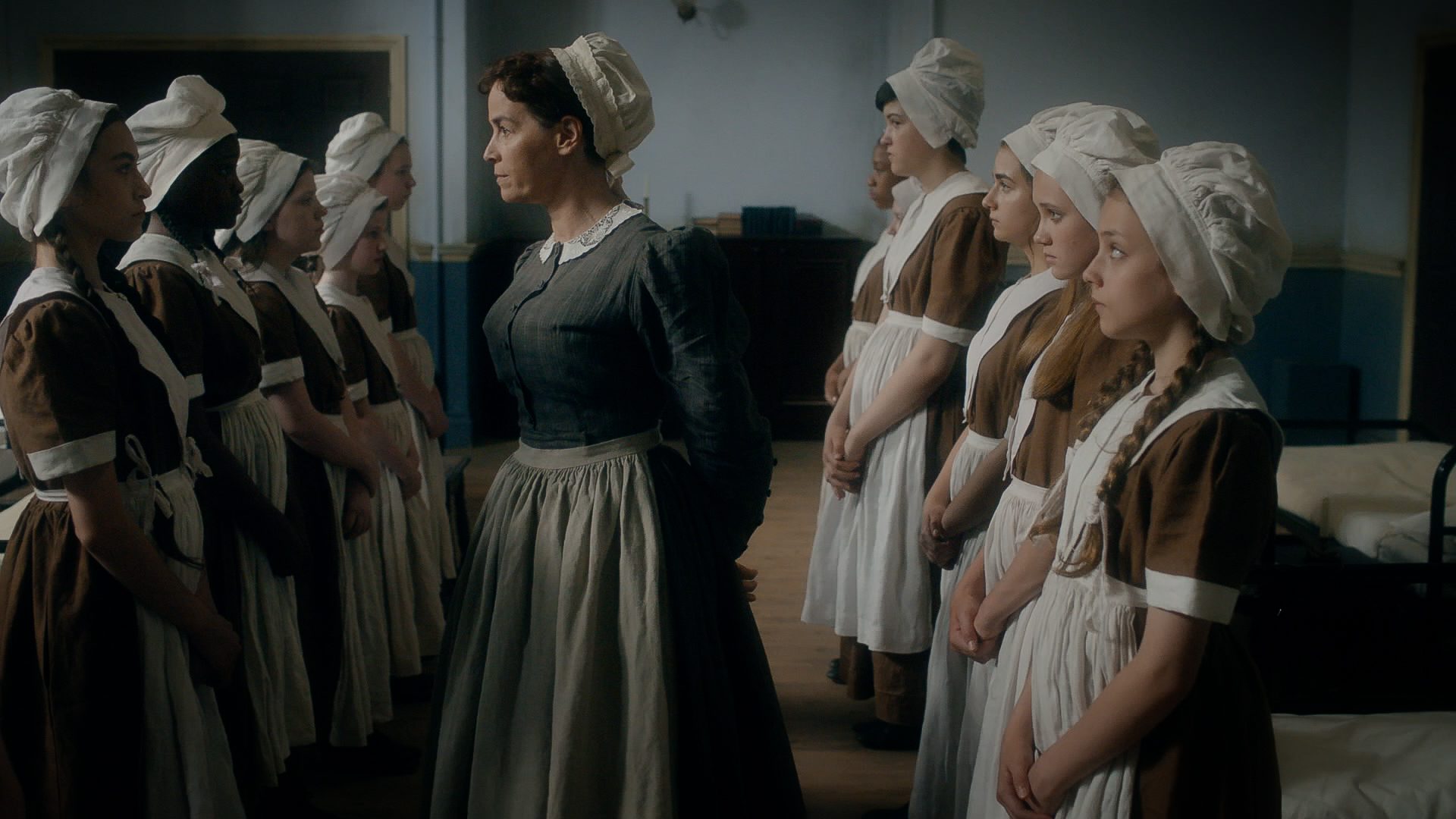 BYUtv’s spring lineup is in full bloom as it introduces three new shows that typify the channel’s bold plan to reach family audiences with content that will entertain and inspire parents and their children alike. These new programs include a Victorian-era drama, a medieval game show hosted by two Studio C favorites, and a family adventure docu-series following a well-known Utah folk artist as he seeks out his next great image.

When the television first became a staple of any American living room, there were relatively few programs and participating in them was a family affair. Now, the media landscape is becoming increasingly crowded and streaming services that are no longer constrained by regulations for content are producing programming that is increasingly mature. The options for shows that will interest adults, entertain children and be appropriate for both to sit down and watch together are all but disappearing.

Enter BYUtv. Building burgeoning partnerships with other likeminded companies, the channel is becoming increasingly able to stand out with content that impresses on the world stage while maintaining a standard in its content that is what Mormons and non-Mormons alike have grown to trust.

Image from BYUtv’s ‘Instrument of War’

“When we go out to major film markets around the world with the content we’re producing,” says managing director of BYUtv Michael Dunn, “people really see the difference.” It’s as if in our world today, being squeaky clean has its own shock factor. But Dunn emphasized that BYUtv is not just about programming that is devoid of sex and violence, but instead it’s about television “having an additive, wonderful, purposeful message in it. That’s the difference we’re making.”

BYUtv has more than twenty series and films in production this year, but in the interim they are releasing a new spring lineup that represents some wonderful partnering efforts with other companies that likewise believe that it’s possible to create programming that is wholesome and uplifting and still entertaining.

Based on a beloved book series by best-selling author Jacqueline Wilson, Dunn calls Hetty Feather the “children’s version of Downton Abbey.” The dramatic series follows the story of a spirited orphan making her way in Victorian-era London after being abandoned as a baby at the Foundling Hospital. It originally aired on the Children’s BBC and now BYUtv gets to premiere it for the first time in North America.

The acquisition of Hetty Feather is a testament to the growing trust and respect that BYUtv is gaining as a brand. When a partner in France heard about the show, they contacted BYUtv to ask if it might be of interest. “What a great thing,” said Dunn, “to have a partner that not only knows what we want, but trusts us that much.”

“It just makes me proud,” Dunn added, “It’s not on Nickelodeon or Lifetime or Hallmark. It’s BYUtv. We get to be the first to air this great show.”

Hetty Feather’s first two seasons began airing on BYUtv March 18. The next two seasons will premiere in the fall. To see the schedule and catch up on the episodes, click here.

No doubt the name has already piqued your interest. This medieval-themed game show features contestants racing the clock as they fight their way through extreme obstacles to capture the castle. They will face challenges that range from battling demons with goo guns to avoiding water hazards.

Splatalot premiered April 2 at 6:30pm on BYUtv. Tune in for the next episode Monday, April 9, at 6:30pm. To see the schedule and catch up on the first episode, click here.

‘Painting the Town with Eric Dowdle’

If you’ve ever done one of his puzzles, then you’re already familiar with Utah folk artist Eric Dowdle’s attention to detail and knack for telling stories with his imagery. Now in its second season, Painting the Town with Eric Dowdle follows the artist as he discovers new places and searches out the scenes and stories he will include in his next painting.

Season 1 of the show was originally acquired and aired on PBS, but now season 2 will be produced by and exclusively aired on BYUtv. Managing director Michael Dunn calls it “one of the more unique shows” on the channel and says that “Eric’s larger-than-life personality really carries the show very well.”

It’s not hard to see even in just a brief clip that Dowdle has a charm and enthusiasm that makes viewers want to join him on the journey to capture the human spirit and the texture of a town.

The Future of BYUtv

In additional to these exciting new shows, the channel maintains some of its most popular previous programming including a new season of Random Acts, the hidden camera show that captures reactions to surprising acts of everyday kindness. “We model for kids and families the good in the world,” says Dunn, “and how great it is to do unexpected things for very deserving people.”

That goal of modeling good in the world permeates everything that BYUtv hopes to be, not only in this new spring lineup, but in all of the new content in production in 2018 and beyond.

“The idea is to have families watch things again together and then talk about them and process them and see what of messages they come away with,” says Dunn. If screens aren’t going away, then at least BYUtv can provide a place where screen time can be values-based and inspire greater unity within our families. The hope is that television can be a shared, positive experience for all ages again.

“I think this will be a seminal year for BYUtv,” says Dunn, “Stay tuned.”