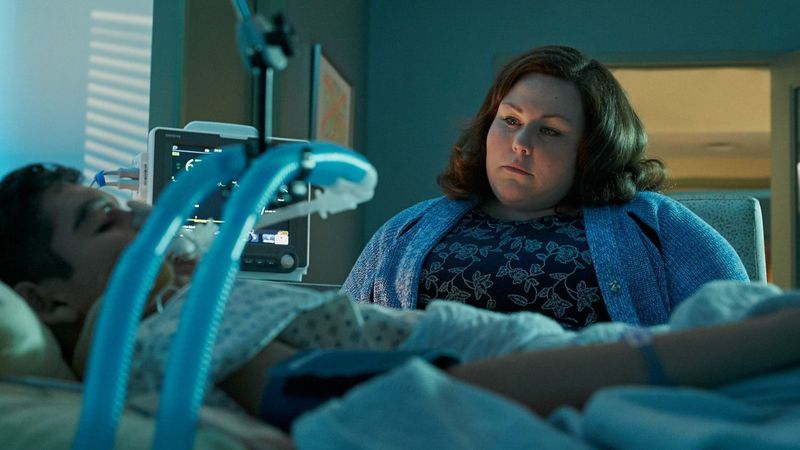 “Breakthrough”: A True Story of Miraculous Survival and the Power of a Mother’s Love

Based on a true story, Breakthrough is an uplifting movie that has been mostly dismissed as another one of those “preachy” Christian films.  It’s about an adopted boy who fell through frozen ice on a lake and was immersed for 15 minutes, something that should have resulted in his death.  His faithful mother prayed fiercely and rallied others around her to not give up on him.  It’s not a spoiler to tell you that he survived!  That’s one of the miracles the film is about. It will build the faith of believers and give non-believers something to think about.

Fans of the popular TV show This Is Us: Season 1 (it’s really great) will love seeing Chrissy Metz in the leading role as the tenacious mother. She did a fantastic job and even sings the inspiring song I’m Standing With You.  This movie is timed perfectly to open during Mother’s Day weekend in the USA.  Oh that we all had mothers as devoted as Joyce Smith!

It’s a bit tricky, however, because good parents have lost children they loved for thousands of years. When those parents watch this movie, they may feel worse or wonder if only they had enough faith, would their child have lived. While this story needs to be told and celebrated, it’s important to know that God has a plan for everyone and His plan may be very different from ours.  Having faith isn’t about always getting your prayers answered the way you want.  Having faith is simply trusting God.

One of the executive producers of the movie is Stephen Curry, who is the point guard for the NBA team Golden State Warriors. I always love it when you get to see pictures of the real people the story is about at the end of the movie.

There isn’t really any humor, which would have been a nice way to balance the drama, tension, and sadness during the film.  At times, the movie is a bit slow moving.  The scene at the church at the end of the movie where everyone stands was powerful.  We really do need each other and love truly is the most powerful force in this world.

The only profanity comes from the boy, John Smith (Marcel Ruiz).  The story will be particularly meaningful to adoptive families.  John is a boy from Guatemala who was adopted by a loving American family when they went there on a Christian mission trip.  Three teenage boys are in a perilous situation and one is on the brink of death.  Teens will be interested to see how the various kids at school treat John before and after his miracle.

Josh Lucas played the father, not the boy. The movie was wonderful! Well worth seeing! I saw it twice!