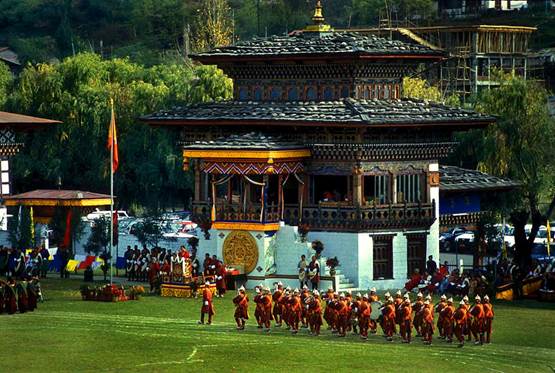 Bhutan and the Freedom to Worship

I was born in Bhutan in the year 1960.  Bhutan is a small country  which lies between India and China.  Buddhism, the state religion of Bhutan, is practiced by some 75% of the population, and Hinduism is the religion of about 25.  It is a small country of fewer than 800,000 citizens ruled by a King.  It is known officially as the Kingdom of Bhutan.  Christianity is practiced by only 2% of the population.

I was a Hindu by birth and converted to Christianity in 1988. Bhutan does not allow the Christians to practice or preach their religion.  My friend who was a local pastor converted me to Christianity.  He was later beaten to death by government officials because he was preaching Christianity and ignored their demands to cease.

Many Nepali speaking people in Bhutan were forcibly evicted from their homes in the early 1990s because they were Christian, while other Christians were often beaten because of their faith.

A new government policy started during this time was very cruel.  It required any Bhutanese people who were married to non-nationals (not from Bhutan) to separate.  Their marriages would not be recognized.  My cousin’s brother had married a non-national woman from India many years before and they were rearing three children together.  He was told that he must leave his wife.

The wife could not resist the King’s royal decree so she committed suicide by hanging.  She left a public note as a protest to the King’s unjust order.  This matter received some notoriety in our area and hence our family suffered much from the brutality of the King and his supporters.  I was placed on a government watch list as a suspected Christian.  A police officer, who was a friend of mine, followed me to church one day and listened to the gospel messages being taught out of the Bible.  The spirit touched his heart and he did not arrest me.  He told me that a warrant and been issued for my arrest but he instead safeguarded me home and recommended that I leave the country as soon as possible.

We could see no improvement in our situation.  The children of Christians were not even permitted to receive an education from public institutions.  They are also prevented from working in the public service or starting a business.  So we came to the conclusion that we must leave our home in Bhutan.   We fled to nearby Nepal in late 1991.

I was a civil engineer by trade, but I left everything behind and took my refuge in Nepal, along with my family.  We stayed in Nepal for 18 long years.  Finally I received the opportunity to resettle my family and seek asylum in America as a religious refugee.  We arrived in America in September of 2009.

My greatest achievement once here in America was finding my brother and and sisters of the Church of Jesus Christ of Latter-day Saints.  I immediately recognized the truthfulness of the gospel messages taught to me by the missionaries that God once more spoke to prophets on the earth.  I am so grateful they knocked on my door.

God has blessed my family abundantly here in this free land.  The Saints have been very willing to help our family adjust to our new country, new language and new religion.

I am now free to go to my church and worship according to my beliefs in the restored gospel.  It is easy to take such blessings for granted. I pray I will always be grateful for the freedom to worship.

(Editor’s Note: In 2008, Bhutan made the transition from absolute monarchy to constitutional monarchy and held its first general election.)