As I See It: Good News from #Light the World; More on our Three in the Fiery Furnace | Meridian Magazine

As I See It 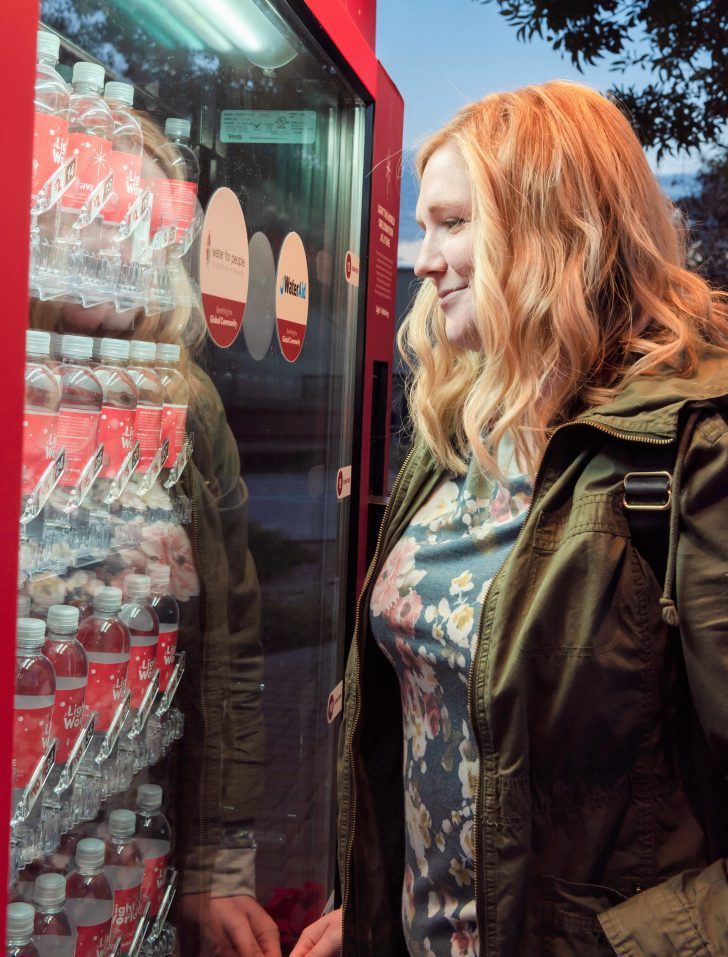 As I See It: Good News from #Light the World; More on our Three in the Fiery Furnace

We are thrilled with the enthusiastic and generous response worldwide to the #LightTheWorld giving machines. In just a few weeks, these machines have generated 52,279 contributions, resulting in $1,332,128 in total donations to local and global charities.

Some of the most popular items purchased this year include:

The giving machines will remain open in each location through the end of December 2018. We are truly touched by the willingness of people to follow the example of our Savior Jesus Christ and make a difference this Christmas season.

What’s in a Name?

We received such an insightful comment from reader Tom Yates, writing on Facebook in response to my recent article, “What We Sometimes Miss in the Story of Shadrach, Meshach and Abed-nego.” https://meridianmag.wpengine.com/what-we-sometimes-miss-in-the-story-of-shadrach-meshach-and-abed-nego/

I find it sad that we continue to use the Babylonian names–names of their gods–to describe these loyal, faithful, and trues sons of Elohim and Jehovah. Their Hebrew names were Daniel, Hananiah, Mishael, and Azariah.

The Babylonian king forced the names of Belteshazzar, Shadrach, Meshach and Abed-nego upon them. Why?

All four of the boys’ Hebrew names had meanings connected to faith in God. But upon arrival in Babylon, their names were changed: “The chief official [of Babylon] gave them new names: to Daniel, the name Belteshazzar; to Hananiah, Shadrach; to Mishael, Meshach; and to Azariah, Abednego.” (See Daniel 1:7.)

The boys’ names were changed in an effort to get them to forget their God and the traditions of their homeland. The Babylonian king wanted them to conform to the ways and gods of Babylon. It was a forced assimilation; Nebuchadnezzar wanted Daniel and his friends to “conform to the pattern of this world” (Romans 12:2), and a name change was an important step toward that goal.

Each name Daniel and his friends were given carried a meaning associated with a different Babylonian gods. Belteshazzar, the name given to Daniel, means “Bel protects his life.” Shadrach means “Command of Aku (the moon god).” Meshach means “Who is as Aku is?” or “Who is as great as Aku?” And Abednego means “slave of the god Nebo.”

The meaning of the name Daniel is “God is my judge.” The suffix of Daniel’s name (and Mishael’s) is -el, which refers to Elohim, one of the names of the God of Israel. Azariah and Hananiah carry the suffix -iah or -yah, which is short for Yahweh or Jehovah, the covenant name of God (see Isaiah 26:4). Hananiah means “God is Gracious.” Mishael means “Who is God?” Or, “Who is as great as God?” And Azariah means “God has helped,” or “God is my Helper.”

Belteshazzar, Shadrach, Meshach, and Abednego might sound funny; it might be amusing to say their names. But doing so promotes the Babylonian king’s god and detracts from the faith and covenant path Daniel and his companions walked.

It is true that giving these Israelites new names was a form of domination and an exercise of control. Tyrants have ever been threatened by any allegiance that is not to them. When I wrote this article, I considered calling these three by their Hebrew names, but was concerned that no one would know who I was talking about.

Naming in the ancient world is significant beyond our facile understanding today. When a name included the name of God within it, such as in the syllable “el” it was called a theophoic name and it stood as a symbolic reminder of a person’s devotion.

Perhaps you failed to follow a prompting from the Spirit to restore their glorious names. Hahaha