Below, you’ll find more books for kids who have caught the reading bug and can read just about anything. There is a nice assortment of genre here, but I’m willing to bet kids, from ages nine and up, will like them all. 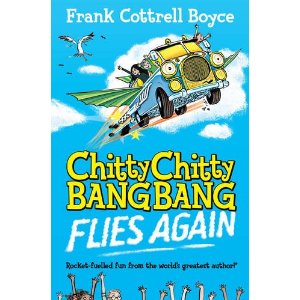 Chitty Chitty Bang Bang Flies Again, by Frank Cottrell Boyce, reflects back to the classic Disney movie, but with its own ingenious storyline and unique humor. The Tootings have just figured out that the cool old camper van that he just fixed up can fly. And so the adventures begin! They fly high over Paris and then land on top of the Eiffel Tower. It’s not long after that they realize their beat-up van has a mind of its own and it takes them to Egypt where the children and their van are separated from their parents and now must become inventive to locate their mom and dad. There are some fun and funny black and white pictures sprinkled throughout by Joe Berger making this story a wonderful read-aloud for all ages!

Same Sun Here, by Silas House & Neela Vaswani, is a rich story of hope, friendship and diversity and is told through a series of letters via the old-fashioned pen-pal correspondence method. Twelve-year-old Meena has emigrated from India to New York City. River lives with his grandmother in rural Kentucky. They both have many similarities. Both live in the poor part of town, both have fathers who work far away in order to provide for their families and both have mothers who yearn for their husbands. The stark honest dialogue between these two preteens brings about a friendship that’s strong and true even without ever meeting each other. 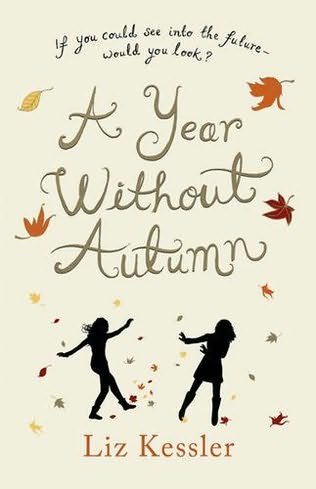 A Year Without Autumn, by Liz Kessler, is a time-travel story that twelve-year-old Jenni discovers when she takes an elevator ride up to visit her friend who lives in a condo. What she soon discovers is that this elevator will take her a year into the future and that’s where she learns that her younger brother will have an accident from falling off a horse and will be in a coma. Jenni can go back and forth from the future to the present, so she’s setting out to stop her brother from falling. This is a very inventive story.

Sammy Keyes and the Night of Skulls, by Wendelin Van Draanen, is a mystery and this series is one of my favorite mystery series involving Sammy Keyes. Thirteen-year-old Sammy and her friends are cutting through the cemetery on Halloween and see something mysterious. They see two shadowy figures carrying lifelike skulls. As they begin to solve this mystery, they are about to become entangled into something much more complex. There is humor along the way, which helps to lighten the mystery. This whole series is a great introduction to well-written mysteries.

Daniel X Game Over, by James Patterson, is the fourth book in this series about Daniel X: Alien Hunter. Some very evil aliens have figured out a way to brainwash children all around the world through the use of video games. Daniel X has just discovered this horrible plan and intends on stopping it even against all odds. Here’s a book for your reluctant reader as he/she won’t stop reading until the very end. 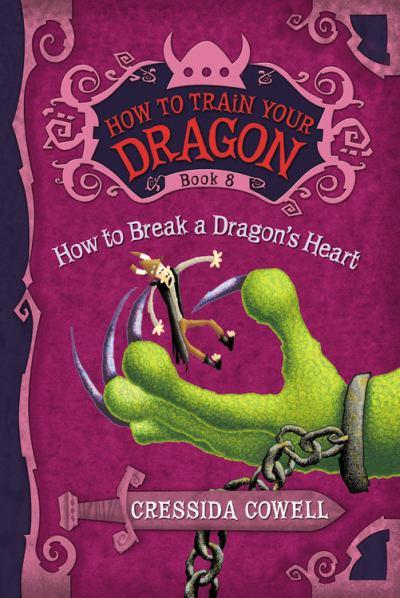 How To Train Your Dragon: How To Break a Dragon’s Heart, by Cressida Cowell, is another fun and humorous book about that funny Viking Hiccup. When he finds himself alone on an island, he must figure out how to survive and he faces a most daunting task. The drawings, by the author, found throughout will surely bring a smile to the reader and help move this adventure along.

Ravenwood, by Andrew Peters, is a story that is breathtaking and will take you to a world of life high up in the trees. Arborium lives in this leafy kingdom when he finds himself involved in life or death as he attempts to save the King. This story of make-believe is beautifully written with a lyrical majesty but with subplots that will whisk you away into an unknown world! 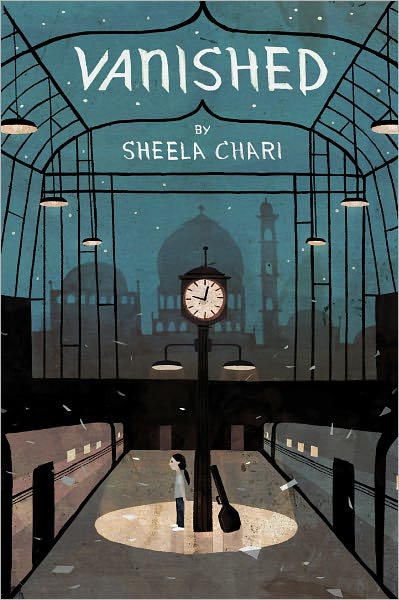 Vanished, by Sheela Chari, is a mystery about a most unusual and coveted instrument: a veena. Neela’s revered grandmother sent this Indian instrument for Neela to learn and appreciate her heritage while living in America. But when it goes missing, Neela ends up traveling to her native country to help solve the history of this beautiful veena. Her passion and love of playing it keeps her motivated as she attempts to solve this mystery. You’ll learn more about this instrument in the back of the book.

I’m going to end with Circus Galacticus, by Deva Fagan. I considered whether or not to review this book because there are some mild swear words, along with inappropriate usage of the Lord’s name a couple of times. I continue to be amazed that authors feel they need to make their work more “genuine” by including these types of words when in fact the story is much better without them. So I chose to write about this book because the storyline is terrific. Fifteen-year-old Beatrix is an orphan after her astronaut parents were killed in a launching accident. But just before her parents leave for the launch, her father gives her a meteor rock and tells her to guard it with her life and tell no one about it. She’s living in a boarding school and is constantly teased and bullied. But her life on earth is about to take-off (literally) when she and her classmates visit a circus. This fast-paced story is full of ingenious latitudes, hyperboles and metaphors that will almost make your head spin.