The Best Books From 2011 | Meridian Magazine

Last year – 2011 – was a great year for great books! It was most difficult to narrow down my long list of outstanding books for this review. The list of exceptional books is geared for ages nine and older, as that’s the age I’m most interested in keeping the excitement and interest in reading. However, all of these books would be enjoyed by all ages if read out loud. 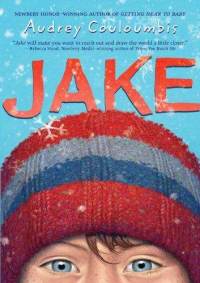 Jake, by Audrey Couloumbis, has ten-year-old Jake going to live with his grandfather while his widowed mom recuperates from a broken leg. This ex-military man (who was his father’s dad) doesn’t know how to relate to Jake and neither does Jake know how to reciprocate. But through the kindness of a neighbor, this relationship begins to grow. The story is well written with much heart, but is never too sappy. And the joys and love of family abound. The entire family will gather around to hear this novel!

The Flint Heart, by Katherine and John Paterson, and magically painted by John Rocco and adapted from Eden Phillpott’s 1910 story, is an exciting foray into magic, fairies and adventure. A very old relic that possesses powers of control and greed is suddenly unearthed after being hidden deep in the ground for thousands of years. A farmer, and loving family man, is completely changed for the worse when this talisman is found, and so the adventures into the realm of magic begin. The colorful pictures sprinkled throughout are a perfect match to the story. This book would be a perfect bedtime story by reading a chapter every night. 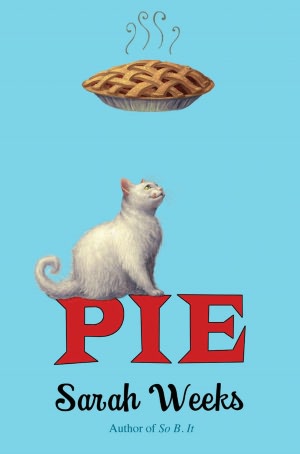 Pie, by Sarah Weeks, is a story rich in language, family and – pies. It’s 1955 and ten-year-old Alice is saddened from the death of her beloved Aunt Polly, the “Pie Queen of Ipswich”. Her aunt has mysteriously bequeathed her piecrust recipe to her cat, Lardo, and has left her cat for Alice. And so begins the story of Alice and her family and the tale of her friendships, family relationships and what happens with her labored relationship with her own mother. The fourteen recipes found throughout are mouthwatering yummy pie concoctions.

The Dagger Quick, by Brian Eames, will have you on the edge of your seat. The year is 1678 and Kitto is living a life on land with a daily schedule of helping his family make ends meet even with his disability – a clubfoot. When his seafaring uncle visits him, life changes for Kitto. His father dies and his stepmother and brother are kidnapped by a ruthless pirate who is in search of a treasure that he believes Kitto’s Uncle William Quick has knowledge of the whereabouts. Hold on tight as this page-turner will keep you adrift to the end! 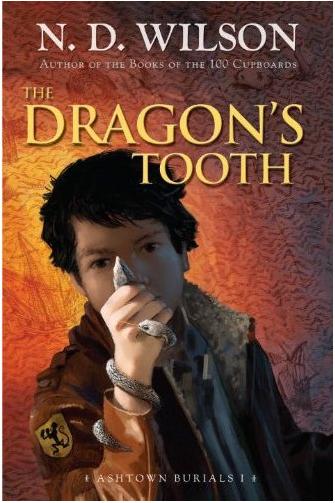 The Dragon’s Tooth, by N. D. Wilson, has siblings Cyrus and Antigone getting ready to leave their home, an old motel that has just burned to the ground, in search for their older brother (and guardian) who has just been kidnapped. A peculiar little man will help them find their brother – but they must leave at once. Evil is lurking all around their now burned home and they need to escape. But where they are taken, and the many exciting events that occur, will have you turning the pages as fast as you’re able.

Okay For Now, by Gary D. Schmidt, is told through the eyes of young Doug during the 1960’s. Doug has just moved to a new town and feels alone with no friends. His father is somewhat abusive due to his temper and his drinking problems. His older brother is mean to him and his oldest brother is serving in Viet Nam. The only person whom he truly looks forward to being with is his mom. But he befriends a patient librarian and a girl, who both help open his world to hope and happiness. There are many subtle nuances and symbolism that bring Doug’s life into the reader’s emotional ties. This is a definite Newbery candidate.

The Romeo and Juliet Code, by Phoebe Stone, is a look into disrupted British children as parents sent them to safety and away from the bombing in London during World War II. Felicity has been sent to live with her father’s family while her parents go to Portugal on secret business. She soon discovers that her uncle and other relatives seem very mysterious and she’s about to set out to solve these mysteries, as well as discover why her parents are in Portugal. She also becomes friends with an eccentric cousin who’s recovering from polio. There are lessons to learn about the value of family, as well as mysteries to solve. 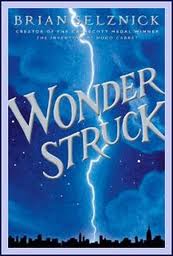 Wonderstruck, by Brian Selznick, has two stories running simultaneously throughout. One story is written about a young boy in 1977 who has to live with his aunt after losing his mom in a car accident. He’s unhappy with his aunt and decides to go search for his dad he’s never known and who lives in New York City. The other story takes place in 1927. This wordless story is shown completely through black and white drawings of a girl sneaking out of her house to also go to New York City. Another similarity with these two children is that they both are deaf. These stories brilliantly converge at the American Museum of Natural History. This book’s sure to be a Newbery winner!

Young Fredle, by Cynthia Voigt, and illustrated with pencil etchings sprinkled throughout by Louise Yates, has a young mouse, Fredle, dealing with many dangers after he is thrown out into the world after leaving his house. This wonderfully written story deals with lessons of friendship, freedom and home.

Shooting Kabul, by N. A. Senzai, begins with a family’s flight from Afghanistan. As they board a truck that’s about to flee the area, with the Taliban close behind, they somehow leave six-year-old Mariam behind. This book is a fascinating look at how this family begins their adjustments in America as well as locating Mariam and bringing her to back to their family. 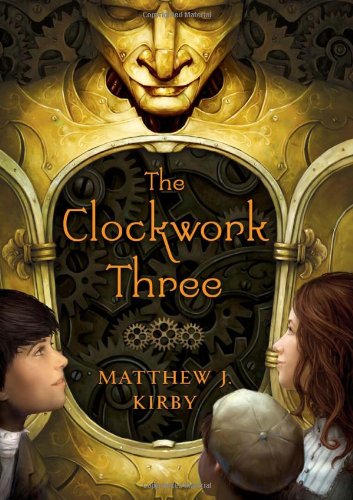 The Clockwork Three, by Matthew L. Kirby, is a story rich with suspense, mystery and adventure. It begins with Giuseppe, an orphan, who has to play his violin for a tyrant of a master.

But he soon discovers a wonderful violin. Hannah is a hard working maid as she is trying to help her family due to her father’s recent stroke. She learns about a hidden treasure in the hotel where she works. Now if she can just locate it. Frederick works as a clockmaker’s apprentice.If he can get his automation to work, it will change his life. These three characters finally meet midway through the story, turning their adventures into one as they strive to achieve their goals and ultimately discover the magic and importance of friendship. 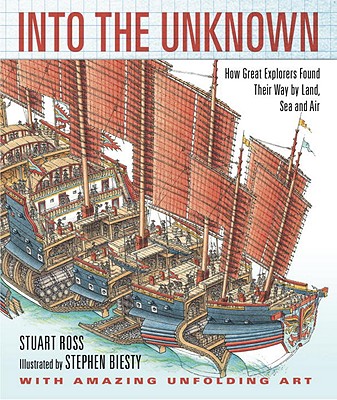 Into The Unknown: How Great Explorers Found Their Way by Land, Sea, and Air, by Stewart Ross, and illustrated by the ingenious Stephen Biesty, is my only non-fiction on this list. It takes fourteen of history’s greatest explorers and covers the events that led up to their discoveries. The text is kid-friendly and each expedition has an incredible unfolding map signifying the route to their destination.