She walked onto the stage wearing layers. How many I wasn’t sure. A long-sleeved t-shirt stretched the length of her arms. Cotton rippled round her waist, hinting of more beneath, and a pair of khaki pants hung loose on her hips. 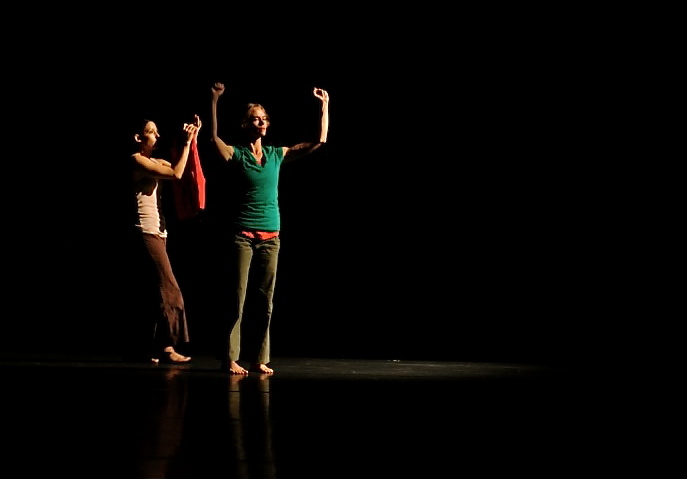 All eyes were on her, as she began to move.

I’ve seen Jill dance enough times to know the outline of her body wasn’t her own. It was thicker. And the way she moved looked weightier, more burdened than usual.

Jill and I danced together in high school — even choreographed together— and to my delight, we now live around the corner from each other. She is our Primary pianist, her husband is in our bishopric, and more than once, she has made dinner for my family, driven my daughter to school.

But Jill is also a dancer — whole body and soul — the likes of which you will see maybe once, twice, in your lifetime.

When I met Jill, our two dance backgrounds merged (mine traditional, hers modern), and I noticed something different about her. It was the curve of her body — the way she used every vertebrae, leapt bigger than big, and pulled inertia with her.

She danced from the inside out.

In 1996 Jill was asked to join Ririe-Woodbury, Utah’s premier Modern Dance Company. For two years she danced with them and toured the world. Then she left for Boston to support her husband in an advanced degree. Two moves and three children later, they returned to Utah. Now she and another Ririe dancer, Juan Carlos Claudio, produce a concert once a year that features Ririe-Woodbury Alumni, called Momentum.  Last month, I walked into the Rose Wagner Theatre to watch her dance.

Jill stepped methodically, traversing the stage on a diagonal. Her hands moved through the air, as if she were folding something like an imaginary shirt. With a flick of the wrists she shook out the wrinkles, pressed the sleeves flat across her chest, and folded it against her belly. Another dancer joined her, and together, they “folded” as they crossed the stage. 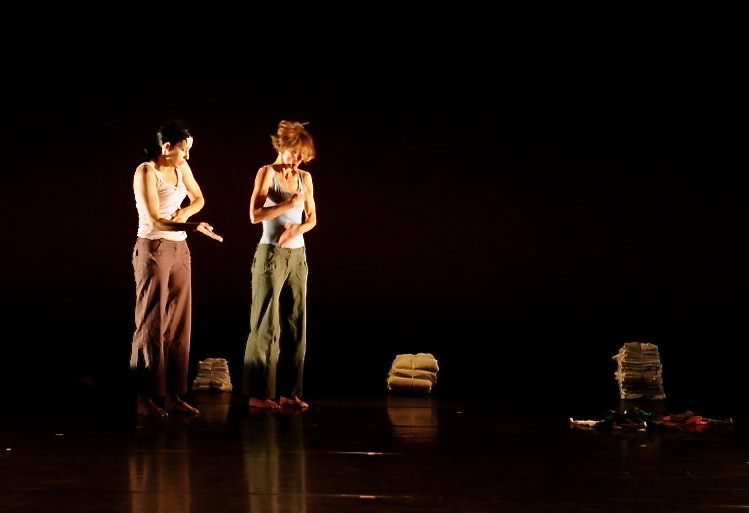 Before deciding on any of the movement phrasing, the choreographer, Chia Chi Chiang, asked both performers to demonstrate how they would fold a shirt. Those folding movements became the infrastructure for the piece. Chiang, having just delivered her second baby, wanted to choreograph a dance that would speak to the many roles (or layers) a woman wears.

Seconds into the dance, Jill carefully took off the first layer she was wearing and handed it to the dancer behind her, who folded it gently and laid it down. A minute later, she peeled another shirt. All the while spinning, folding, leaping, and stopping abruptly — feet wide — so close I could hear her breathe.

As the piece progressed, Jill’s folding movements got faster — more compulsive and deliberate. Then, all at once, she began to shed the remaining layers. Quickly. In a siege of determined abandon.

Her arms crossed in the shape of an “X” at the trim of her shirt, then she pulled it rapidly over her head. She took off another, and another. Again and again. 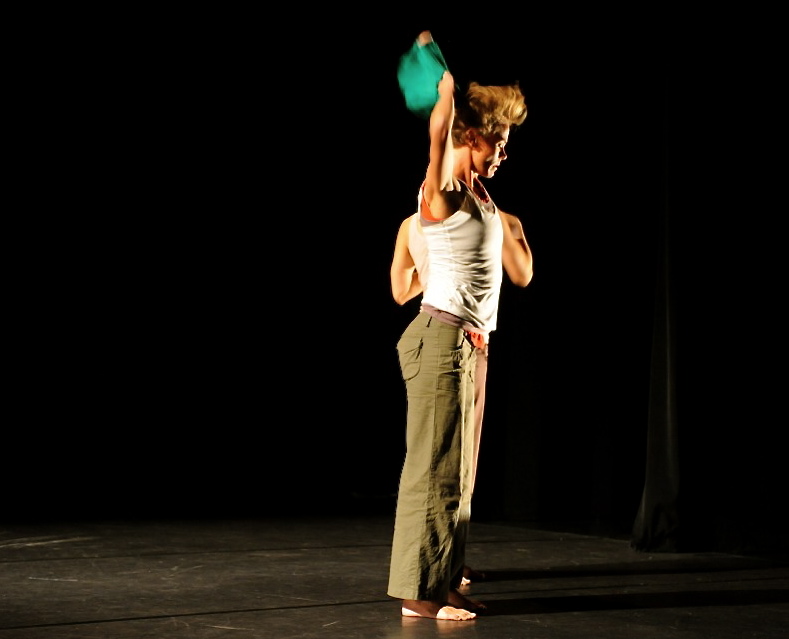 Seconds went by, and to the disbelief of the audience, she was still shedding layers.

I twisted in my seat.

I was sweating for her, feeling the bulk of her living with all those layers, wanting just as much as she did, to throw them off.

Camisoles of different colors — thirteen of them — eventually fell to the floor. A silver leotard revealed her true form, and Jill circled the stage, kicked big, flew her body high. Gracefully, she then slid to the floor in an exhausted, elongated, fetal position.

Something caught in my throat the moment she peeled that last layer and I saw her move like I knew she could — the way I’ve always watched her. She was uninhibited, uncluttered, and unburdened. Jill was soaring. 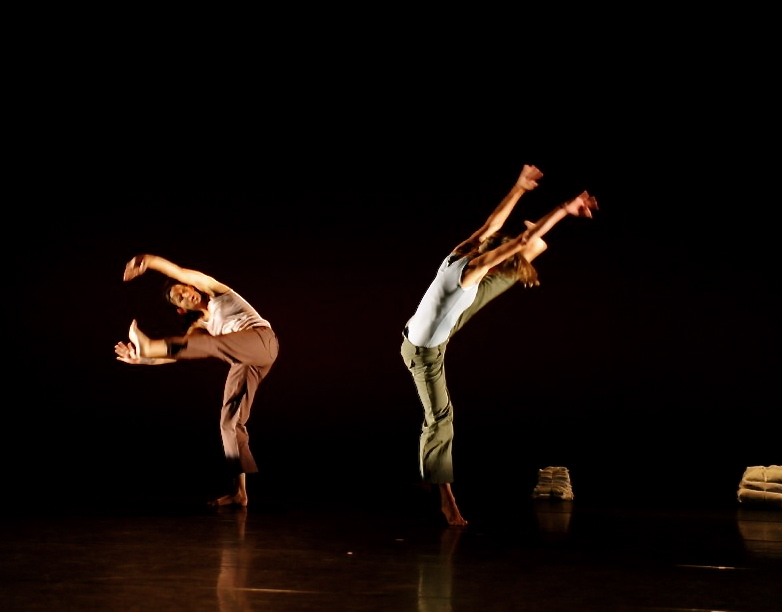 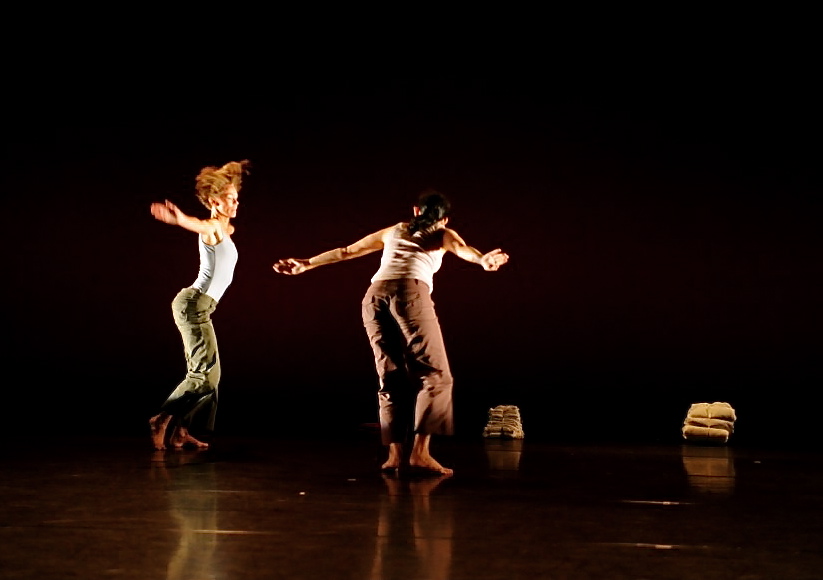 I hadn’t expected to cry. But when I saw her bare at the neck, whittled to her waist — dancing without pretense, I pressed my hand to my chest, and swallowed against the tightness.

Maybe it is the weight of so many expectations, the questions and choosing, the burdens we tend to carry so long they become a part of us.

Maybe it is the roles we lose (and gain) in all the folding.

But watching her spin under the spotlight and fly against gravity made me think, I want that kind of freedom. I want to live that unburdened. That free.

I want to live the layers that matter.

Catherine K. Arveseth is full-time mother of five, including two sets of twins. She blogs @ wildnprecious.com, writes for Power of Moms, and is part of the prose editorial staff for Segullah.