I have been searching for outstanding books geared for upper-elementary and early teens. Here are some great books to read with kids in these age groups. The first book is best suited for ages eleven through adult. The rest are well suited for ages nine and up. 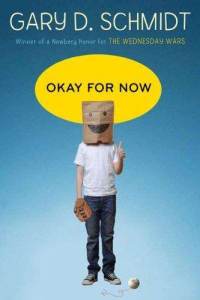 Okay For Now, by Gary D. Schmidt, is told through the eyes of the protagonist, Doug, and gives an everyday feel of life in the 1960’s. It centers on life in Marysville, New York where Doug has just moved with his family. He is a broken boy who seems to be fragmented into pieces. His father is somewhat abusive due to his temper and drinking problems.  His older brother (who isn’t named until half way into the book) is mean to him and his oldest brother is serving in the military in Viet Nam. The only person whom he doesn’t feel like he needs to hide from – and looks forward to seeing her smile – is his mom. But now he’s in a new town with no friends. When he discovers the town’s library, he is befriended by a nice, patient librarian who helps him see his talents of drawing. He works with him through many weeks of lessons as he shows him different bird plates from a volume of Audubon’s Birds of America.  Doug’s drawings begin to become more complete as he grows and finds himself – and his family begins to change for the better also.  It’s also about this time that he gives you his brother’s name. There are many subtle nuances that bring Doug’s life into the reader’s emotional ties. By the end, I felt part of Doug’s life and miss him!  This is a definite Newbery candidate. 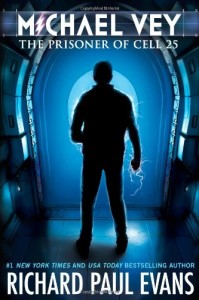 Michael Vey: Prisoner of Cell 25, by Richard Paul Evans, is one of those books that you’d better give yourself time to read because once you begin, you won’t stop!  Michael Vey goes to high school in Idaho where he’s keeping a secret. He has strange electric powers and soon discovers there’s another girl who has similar powers. When both the girl and his mom are kidnapped, the action accelerates!  There are more books planned in this series.

13 Gifts, by Wendy Mass, is about shy Tara having to go spend summer vacation with her relatives in a small town. She meets some interesting and most unusual characters in the town. Her cousin who stays up late to solve math algorithms and two friends that communicate with each other using chalkboards are just a few of the extraordinary kids.  Tara learns to become self assured, confident and how to be a true friend by summer’s end. 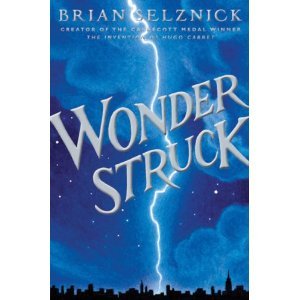 Wonderstruck, by Brian Selznick, is another brilliant book compiled of both written story and illustrated story forms by this author. (His first book was the award winner “The Invention of Hugo Cabret”). This book actually has two stories running simultaneously throughout. One story is written about a young boy in 1977 who has to live with his aunt after losing his mom in a car accident. He’s unhappy there and decides to go search for his dad he’s never known and who lives in New York City.  The other story takes place in 1927.  This story is shown completely through black and white drawings about a young girl sneaking out of her house to also go to New York City. Another similarity with these two children is that they both are deaf.  These stories brilliantly converge at the American Museum of Natural History.  This book’s sure to be another Newbery winner!

The Bridge To Neverland, by Dave Barry and Ridley Pearson, is a story about two modern-day kids who have read all the “Peter Pan’s Star Catcher” series. They never really believed it was true until they find a clue in an old desk and proceed to find more clues until they discover the most sought after magical stateside on earth!  And so the adventure begins!  If you’ve not read any of the “Starcatcher” series, you’re missing out! 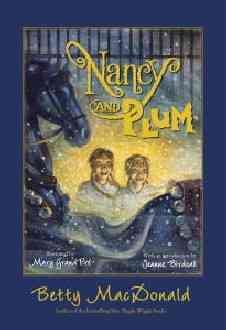 Nancy and Plum, by Betty McDonald, and with wonderful illustrations sprinkled throughout by Mary Grand Pre, was first published back in 1952 and has an old fashioned feel when reading it.  Nancy and Plum are orphans who are sent to live in a boarding school who’s in-charge is the terribly mean Mrs. Monday. Their sweet uncle sends them beautiful dresses and dolls which are secretly stolen by Mrs. Monday to give to her own daughter unbeknownst to the sisters. The horrible conditions of their treatment and welfare convince them to run away. Thus their exciting adventure begins. This author wrote the beloved “Miss Piggly-Wiggly” series which I grew up with and loved as a child.  You may find the same with this delightful classic.

Lives of the Writers:  Comedies, Tragedies (and What the Neighbors Thought), by Kathleen Krull and Kathryn Hewitt, has interesting tidbits about nineteen famous authors that span from ancient times to current times. These include Jane Austen and how she loved to eat chocolate for breakfast, how Emily Dickinson and Mark Twain enjoyed constantly wearing white clothing and how Jack London challenged his guests to outrageous acts such as swallowing live goldfish. This book may likely inspire readers to enjoy reading books from each of these classic authors. 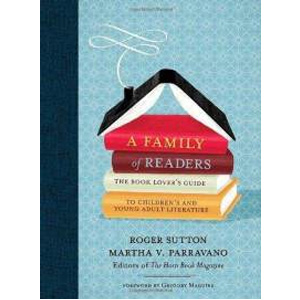 A Family of Readers:  The Book Lover’s Guide to Children’s and Young Adult Literature, by Roger Sutton and Martha V. Parravano, is packed with great books to read with, to and alone all geared for babies on up. The book is divided into sections to read to children, read with them and finally helping them choose different genres to read by themselves. Each section gives advice, and all throughout you’ll find more recommended books on particular subjects. This book displays great reads to encourage and keep kids reading. However, stay away from the teen section as it is completely inappropriate!