Mark Albright is the president of the Washington DC South mission and shares this story from a sister missionary, Sister Margaret Ferry. 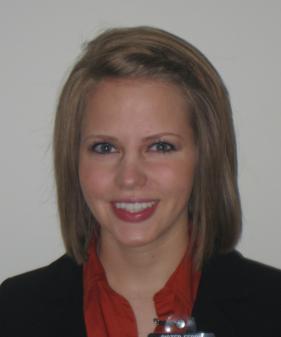 A little over six weeks ago, my companion and I were going to a fireside, and I was sitting in the back of the car wondering how we could find new investigators.  As I looked out the window, I saw a street named 8th Street.  A spiritual feeling came over me, and the thought came to my mind as clear as day: “Go find on 8th Street tomorrow.”

We returned to 8th Street the next afternoon. We parked our car, offered a prayer, and approached the first man we saw.  His name was Francisco and he was working on his car. We asked him about Christ and testified that we could help him have a stronger faith in Christ through the restoration of the Gospel. He was kind but didn’t want us to come back.

He did however share the story with us of how he came to respect the Mormons.   Over a year earlier, two elders had approached him while he was working on his car. He had been working on it for two days straight without any success.  Like us, the Elders tried to set up an appointment with him, but he politely declined.  As the Elders were walking away, one of them said to him:  “For your kindness and time, I promise you that your car will start later today.”  Francisco was thinking “yeah right!”  But then a miracle occurred.  An hour later, he turned the key in the ignition, and his car started. From that day forward he never said a degrading word about the Mormons again.

As we were talking, he shared how he had a very difficult life, had many personal problems, and how he was very sad because his sister, Sonia, was suffering from Alzheimers.  As we were leaving, the thought came to my head: “Offer to play your cello for her at the nursing home where she lives.”  So I did. He wouldn’t accept my offer, so I kept insisting. I promised him that she would be happier by hearing the beautiful music.  He finally agreed to take us to play for his sister.

Since our first Friday with Sonia, we have played for her every Friday for 7 weeks. We have seen a light and happiness come into her life. We have also seen a huge improvement with her mental and physical health. Before we started visiting her she was as cold as a wall. Now she laughs, cries, tries to converse, claps, and is remembering things she never remembered before. It is the first time she knew her entire name in years.

But the real miracle is Francisco. He is so HAPPY!  The only way that he felt he could repay us was to attend Sacrament Meeting.  The spirit that he felt there his first Sunday was so powerful that he hasn’t missed a Sunday since. He told his pastor that he has found the truth in the LDS religion. He is reading the Book of Mormon every day. He is seeing miracles happen in his personal life. His prayers are being answered, and he can see the hand of God in his life. We have taught him almost every lesson through singing hymns, and his testimony of the restoration is burning.  He is being baptized December 11!

Editor’s Note: Sister Ferry graduated in Cello Performance from Texas University so the Mission President created a new rule that anyone with a degree in performing a musical instrument could maintain the instrument for missionary purposes, all others were held by the zone leaders!