LDS Fiction: Murder by Design is a Mystery with Southern Manners | Meridian Magazine

LDS Fiction: Murder by Design is a Mystery with Southern Manners 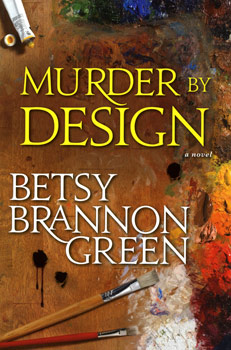 Betsy Brannon Green has one of the most distinct voices in LDS fiction.  Her recently released Murder by Design has all of the strong points of her military series and all of the down home Southern manners and folksiness of her Haggarty series.  This is her second Kennedy Killingsworth mystery.

Kennedy Killingsworth is the divorced director of a small town library in Georgia.  She must deal on an almost daily basis with her arrogant, cheating ex-husband, Cade, who is also the local sheriff’s chief deputy, her mother who is the arbiter of all things social in Midway, Georgia, two married sisters, one with the four worst behaved children in the state, and obnoxious Miss Ida Mae who is adept at maneuvering Kennedy into doing things she really doesn’t want to do.  Miss Ida Mae isn’t the only Southern lady with a knack for manipulating Kennedy; totally self-centered and selfish Miss George Ann Simmons, introduced in the Haggarty series, knows just how to push all the courtesy buttons carefully ingrained in Kennedy by her mother.

One of the most delightful things about Kennedy is the running monologue she keeps up with herself.  She thinks and says things, most of us have muttered under our breaths at certain times, but never say aloud. She isn’t long on self-confidence, but does respect herself.  Good manners are so thoroughly part of her make-up, she is frequently manipulated into doing the polite thing instead of telling someone to shove off.

Kennedy finds herself caught between Miss George Ann’s demand that she investigate some missing boards from a derelict property the snooty lady owns–all without mention of compensation, of course–and Miss Ida Mae’s insistence that she plan a party to welcome her son home from prison.  Naturally the party is to be held at the library.  Add to this, her mother’s insistence that she show up for Decoration Day at the cemetery, a boyfriend who doesn’t answer her texts, and getting stuck babysitting her sister’s children.  Oh, there’s also a good looking former marine/undercover FBI agent who breaks into her apartment looking for a safe place to sleep.  That’s all before the body is even found.

The boyfriend, who comes from the town’s most disreputable family, shows up in time to help Kennedy with the problems she faces.  He lets her know he’s planning to transfer to a closer university and she worries whether their relationship is going faster than she’s prepared to handle.  He insists on accompanying her as she visits the derelict barn and the trailer where a drunken old artist slaps out surprisingly valuable paintings on stolen barn wood until his mysterious death.

During the investigation into the murder, Kennedy is deeply hurt to discover how many times she has been betrayed or lied to by people she thought cared about her.

Murder by Design is a fun mystery.  I mean that literally.  There are laugh out loud moments and a challenging mystery to solve.  The characters are unique, yet some little trait will call to mind someone the reader knows.  The Southern charm gives the book a distinct flavor, and speaking of flavor there are seven recipes featuring Southern cooking at the end.  No wonder this book is a top seller.