Out of Many, One The Prophet Greets the People in Helsinki | Meridian Magazine

Out of Many, One The Prophet Greets the People in Helsinki 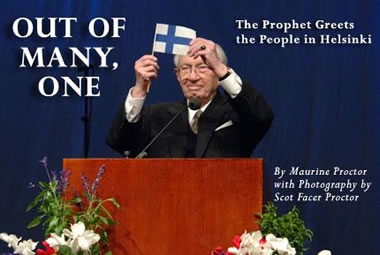 Finland has never hosted a meeting quite like this one. On October 21, in the LänsiAuto Areena, in a suburb of Helsinki, 3500 Latter-day Saints, chatting to each other in Russian, Finnish, English, Estonian, Latvian and Lithuanian, were brought together as one to see their prophet and celebrate their temple. 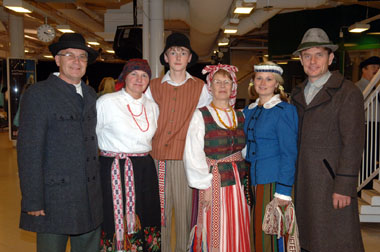 Saints from Lithuania gather for a group photo.

Though the languages floating across the arena were many, one voice united them all — the voice of the Spirit — and somehow all differences were erased. 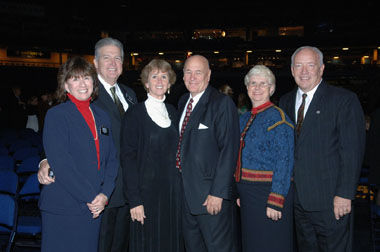 Among them were several past Finnish mission presidents from the United States who couldn’t bear to miss this significant day in the history of the Church in Finland. 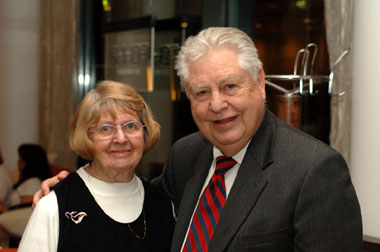 Former Mission President Malcolm and Sister Pat Asplund could not resist returning to Finland for the temple dedication.

Members had come from as far away as Siberia to enjoy the celebration. Vladimir Spirin from Omsk had to travel three days by train and bus to cover the 4,000 km that brought him to the festivities and events surrounding the temple dedication. He said that he had seen the prophet when he came to Moscow three years ago, and he didn’t want to miss having the opportunity to see him again. 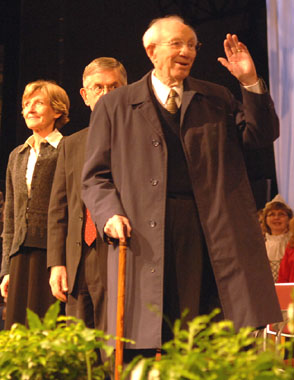 President Hinckley gives his characteristic friendly wave as he arrives on stage to speak to the thousands of Saints from the region who have come to hear him.

The prophet, at 96, continues to amaze everyone with his long distance visiting of members around the world and his clarion, confident voice. President Gordon B. Hinckley told the members, “What a marvelous occasion this is when we dedicate a house of the Lord.” 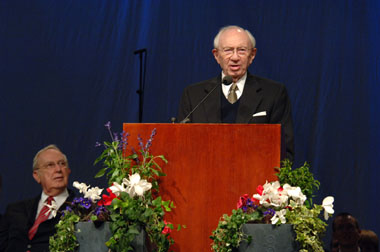 “I’m so grateful for the opportunity of being with you. I’m now an old man. This may be the last temple that I’ll dedicate, but we’ll just see how things go.” 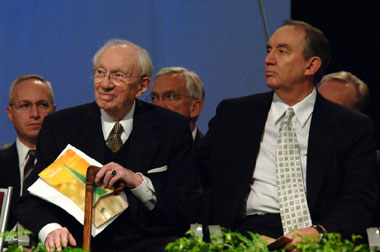 President Gordon B. Hinckley and son, Elder Richard G. Hinckley of the Seventy, look on at the member meeting.

Earlier this year, President Hinckley had suffered from a bout with cancer, and at his age, it would have been enough to slow anyone else down, but as Elder Richard G. Scott said just preceding the prophet’s talk, “In a few moments, you will have the blessing of hearing Gordon B. Hinckley. I testify that he is a prophet, seer, and revelator. In a very special way, the Savior has witnessed to us how much he loves President Hinckley by miraculously strengthening his life. I love him. I trust him. I have seen him inspired time after time in the guidance of this church.”