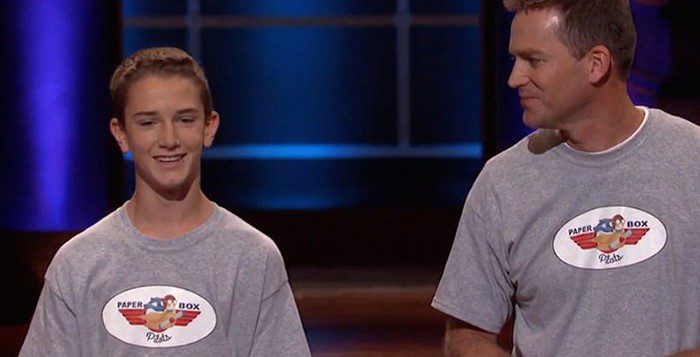 Shark Tank features a panel of investors. Real life entrepreneurs appear on the show trying to sell a percentage of their company in exchange for a partnership and a financial help. The Calhoons came in seeking $35,000 for 25% of the company.

Their company Paper Box Pilots sells stickers to turn cardboard boxes into toy cars and airplanes. Noah, who was thirteen when the episode filmed, acts as the company’s CEO. The entrepreneurs received three offers for their company. Brian allowed his son to make the decision as to which offer to accept, and Noah chose the lowest value offer from Kevin O’Leary This confused the investors so much they asked Noah for an explanation. Noah said he valued O’Leary’s experience in the toy industry, where he made his fortune.

To read the rest of this article on www.lds.net and see the video, click here.