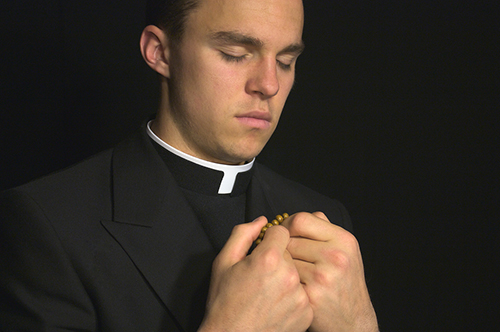 TUPELO, Miss.-As students returned to one school in Florida, there was a glaring omission. Books, desks and classrooms remain unchanged, and the cafeteria menu is virtually the same. But chaplains for the Olympia High School football team in Orange County, Fla., are no more. Instead, they’ve been replaced with “Life Coaches” after the school caved in to pressure from an anti-religion group.

American Family Association (AFA, www.afa.net) says the school’s move to rename the chaplains is indicative of the actions being taken in American schools every day to systematically remove God and faith from education, and thereby, short-change students of their Constitutional rights and religious liberties.

“This Florida school is just one of many examples of unconstitutional and un-American restrictions on the free exercise of religion in American public schools,” said AFA President Tim Wildmon. “These schools are not protecting their students from anything-faith-sharing, proselytizing’ or otherwise-but instead, they are stripping students’ Constitutional rights from them, depriving them of the opportunity to receive faith-based guidance at a time in their lives when they need it most.”

The incident at the Florida school came to light when one former chaplain, Troy Schmidt, who also serves as a local pastor in Florida, reported to Fox News that he was told that “Orange County Public Schools is no longer allowed to have chaplains as a part of the football program.” He added that he could “no longer open the Bible, talk about the Bible, talk about God or pray with the team in any capacity. It was heartbreaking.”

Schmidt was offered the role of “Life Coach” but was warned that he would not be able to use any inspiration from the Bible when motivating players. Schmidt turned down the position, stating, “That’s not me. I don’t get any inspiration besides what I get in the Bible. My heroes come from the Bible, and I think there is a lot of inspiration in there that can motivate a football player to get out on the field and play their best and be their best.”

A spokesperson for the Orange County Public Schools confirmed that the district has ended the long-standing tradition of having local ministers serve as volunteer chaplains for football teams, adding that students can lead their own prayers, but faculty, staff or voluntary chaplains cannot be involved. According to a school memo, the district also stated that teachers and coaches “cannot participate in a visible way with the players during student-led prayers.”

Bible verses and references to the Bible have also been banned on school property, and songs with religious lyrics may not be used in school-related videos. The actions are in response to a threat from the anti-religion Freedom From Religion Foundation, which stated in a letter through its attorney that, “It is inappropriate and unconstitutional for the district to offer a Christian minister unique access to befriend and proselytize student athletes.”

AFA pointed out that pioneers in American education foresaw the faith-squashing decisions that some schools might make-decisions that would slowly but surely push faith out the school doors. As public schools were first being formed in Massachusetts, legislators in the 1640s wrote one of the first education acts, which stated that the reason for education was to prevent deception by Satan and give students the foundation of biblical scripture on which to rely and build their faith.

According to the act, the chief goal of Satan is to “keep men from the knowledge of the Scriptures … so at least the true sense and meaning of the Original might be clouded by false glosses of Saint-seeming deceivers.” They hoped that “learning may not be buried in the graves of our forefathers in Church and Commonwealth, the Lord assisting our endeavors…”

“In today’s schools,” Wildmon said, “anti-Christian influences are certainly not being curbed, but instead, students are being taught both implicitly and explicitly that anything related to God or Jesus is not permitted. This is not learning; this is censorship. And now, we see a school caving to one anti-Christian’s group mistaken belief that our classrooms have no room for God. How far we have fallen from the intent of our founders! It’s time to return to what the forefathers believed to be the larger purpose of education.“

Wildmon added that the idea that anything considered religious has no place in public schools directly contradicts some of our nation’s earliest laws. The Northwest Ordinance of 1787, for example, states in Section 14, Article 3 that “Religion, morality, and knowledge, being necessary to good government and the happiness of mankind, schools and the means of education shall forever be encouraged.”

American Family Association offers its friends and supporters several mobile apps through https://action.afa.net/mobile. The AFA Action Alerts app, with breaking news and action alerts, is available for the iPhone and iPad on the Apple App Store, on Google Play and on the Amazon Appstore for Android. The AFR (American Family Radio) app is available for Apple and Android products, and the AFA Action app with, for example, voter information at election time, is available on Apple and Android platforms.

Why do the 90% have to lose rights so that the 10% won't be discriminated agains? Is it okay for the 90% to be discrimated against?