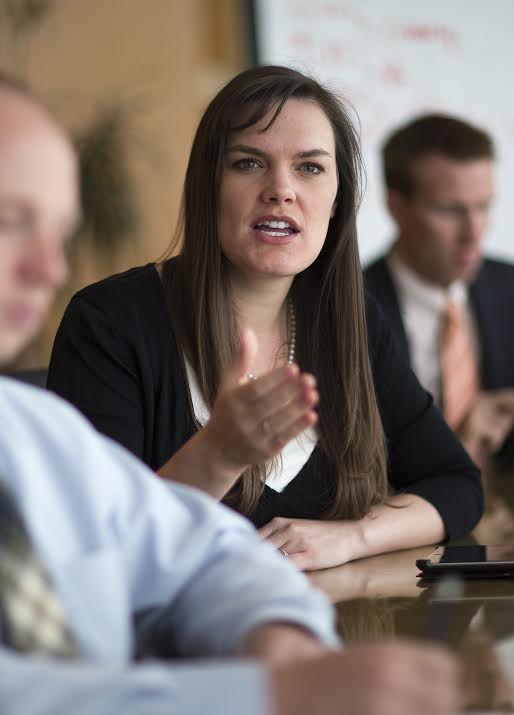 The trend for school boards to post their meeting minutes online gave a pair of scholars the chance to answer this question: Who’s doing all the talking?

The answer: Not women.

The scholars previously documented the tendency for ordinary women to stay quiet when outnumbered, but Karpowitz was surprised to see it on school boards.

“Even in a group of people who are elected to talk to each other, make decisions, and speak up for their constituents, we still find this pattern in terms of gender and participation,” said Karpowitz, a political scientist at BYU.

Karpowitz and Mendelberg are publishing the school board study in a chapter of their new book, The Silent Sex: Gender, Deliberation, and Institutions. The book is a scientific attempt to show how different approaches to decision making shape men’s and women’s participation.

The findings from the real-life school board analysis mirror what the authors saw in a series of lab experiments also detailed in the book. They invited groups of ordinary people to solve hypothetical problems together.

When groups were told to follow a “majority rule” system like school boards use, a more competitive dynamic emerged than in groups told to follow consensus rule like juries use. In majority-rule groups with few women, men were more likely to rudely interrupt their female peers.

Those interruptions unsurprisingly led to less participation from women. Yet Mendelberg says that the experiments and the book carry a hopeful message:

We find that when women feel silenced or de-valued in those settings, it is probably because some of the men are in fact issuing more hostile interruptions to them. Recognizing this pattern is the first step toward empowerment. Women are not imagining that they are singled out they may actually be subjected to harsher conversational treatment.

Women and their male allies can support the interrupted woman when this happens so that she does not feel intimidated. Women who find themselves facing hostile speech behaviors can raise their authority in the situation by standing firm and retaining the floor when they speak. The findings can also serve as a reminder to men in these situations to examine their own behavior and not to give their male peers a pass. In this way all participants can set norms of respect and inclusion for all.

The research also shows that equal participation along gender lines led to different decisions as the experimental groups solved hypothetical problems. The groups were asked to discuss the best way to distribute money that they earned together from a hypothetical task.

“As women speak more, they don’t just say the same things that men do,” Karpowitz said. “They raise different considerations. As they participate more, they bring to bear a real concern for the poorest and neediest in a society.”

It would be interesting to see a similar study of sisters' participation in ward, stake and mission leadership councils.

I cant' believe that women in our day and age would ever "just let it pass" when men are rude to them in any situation. What have these women been taught or learned in their lives to bring this about?!! Expecially with all the strange things that are being proposed that could change society for the worst, such as Common Core. I am appalled that any woman would let our society go down hill or even a "small" thing brought up at a school board meeting that would affect our children. Speak up, women! You are equal to men.