The Best Fiction Books for Summer

Summertime is the best time to relax and pick up a book. What better time is there to while away the hours than reading underneath the shade of a leafy tree? There’s no homework to worry about and the sun is up longer and the weather couldn’t be better. So what are you waiting for? These are the best page-turners that are perfect for kids ages nine and up. 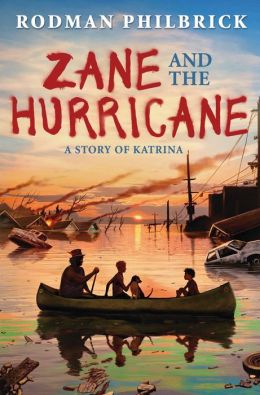 Zane and the Hurricane: A Story of Katrina, by Rodman Philbrick, is an incredible story built around the true event of Hurricane Katrina. Twelve-year-old Zane has just come to meet his great-grandmother for the first time. He came alone with his dog, but during the evacuation of the city, both get left behind. Now he’s in the middle of a horrific storm and struggling to stay alive. With the help of a young girl and her kind old guardian, he is rescued, but all three are still in danger. The story is told with riveting precision and the bond between all three becomes strong and unbreakable. There is a timeline, interesting facts and a map showing the path of Katrina in the back of the book.

Space Rocks!, by Tom O’Donnell, is a fun, funny and unique science fiction read told from the viewpoint of an alien, Chorkle, and would be especially great for the reluctant reader. Chorkle is worried about the “head-fur” humans who have suddenly landed on their home asteroid. Four children end up stranded on the asteroid and Chorkle feels that he has to protect them. The book is action-packed and filled with hilarious situations making this a terrific read-aloud for parents and teachers. And, you’ll be happy to know there is a sequel coming in October. 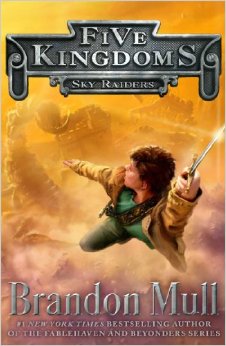 Sky Raiders (Book 1 in the Five Kingdoms series), by Brandon Mull, has the same action-filled, page turning events that will likely make this new series as popular as his “Fablehaven” and “Beyonder” series. Sixth-grader, Cole, and his group of friends, visit a haunted house on Halloween and suddenly are kid-napped by a group of slavers from another dimension. The slavers take them to Outskirts where they sell them into slavery. There is magic found throughout the book and evil lurking where you least suspect. I must warn you to make time to read this outstanding book before picking it up. Once you begin reading, you won’t be able to stop! The next book comes out in November.

A Hitch at the Fairmont, by Jim Averbeck, and illustrated with comic strips at the beginning of each chapter by Nick Bertozzi, is a mystery full of twists, secret societies, hidden doorways and old Alfred Hitchcock references. When Jack moves to live with his not-so-nice aunt in San Francisco’s Fairmont Hotel, after his mother’s mysterious death, his life is mostly serving his aunt. But then his aunt suddenly disappears! Now he’s alone and in search of finding her. But he gets some help from Hitchcock along the way. There are many references of famous San Francisco spots found throughout this clever book.

Seven Wild Sisters (A Modern Fairy Tale), by Charles De Lint, and colorfully painted by Charles Vess, harkens back to wonderful fairytales with this enchanting story that dwells mostly on the middle red-haired sister, Sarah Jane, along with the rest of her similar redhead sisters who become involved in a fairy verses bee conflict. Sarah Jane had always wanted to find a fairy and unwittingly becomes enter-twinned when she meets a tiny wounded man in the forest. Both the story and the illustrations make this a magical treat for all! 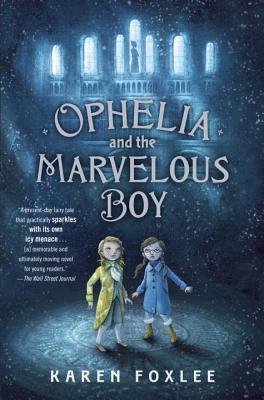 Ophelia and the Marvelous Boy, by Karen Foxlee, is based loosely on Hans Christian Anderson’s         The Snow Queen.” The book contains themes of friendship, hope, courage and love. Ophelias father just got a new library job in a country where it snows all the time. When she comes across a “Boy With No Name” who has been magically imprisoned for a very long time, he tells her she must help him defeat the Queen before she overcomes the world with her wickedness. The story goes back and forth from his life centuries before to Ophelia’s current life. This magical story is wonderfully written capturing the imagery of this magnificent, vast library and the exciting events and extraordinary life living there!

Flora & Ulysses (The Illuminated Adventures), by Kate DaCamillo, and capturing the fantastic events with pencil etchings by K. G. Campbell, was awarded the Newbery medal this year. It begins with comic-strip panels of a newly acquired vacuum cleaner and a squirrel who accidentally gets sucked in it. The story proceeds as Flora saves the squirrel, who then becomes amazing. He can now fly and type beautiful poetic epithets. This creatively entertaining and funny story takes off from the offset, but there’s an underlying theme of love and healing.

A Snicker of Magic, by Natalie Lloyd, takes Felicity, her Mama and her sister to where her Mama grew up. They have moved around a lot in their young lives and the sisters hope to finally settle down. Felicity finds that this tiny town might just have magic. She feels that it might have what she’s been looking for: a place to call home. She makes friends with Noah, who proves to be priceless. You soon forget that he’s wheelchair-bound because he is continually helping others to make their lives better. But it’s Felicity who seems full of magic: an ability to see descriptive, eloquent words and use them most proficiently. As a result, this book is rich in detail and heart, and slips off the tongue when read out loud! 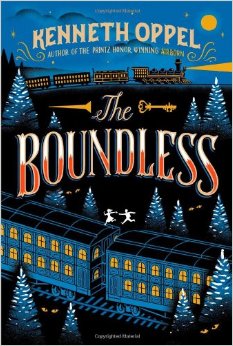 The Boundless, by Kenneth Oppel, is an amazing adventure and historical fiction about Will, who finds himself on a new Canadian train, The Boundless. He is put in charge of a special boxcar that is rich with treasure. As the train bounds for its destination, so does the excitement as Will finds thieves attempting to kill him to get into that car. Be prepared for an adventure unlike any other you’ve read!