Missionary Moment: What Kind of Juice Is This? 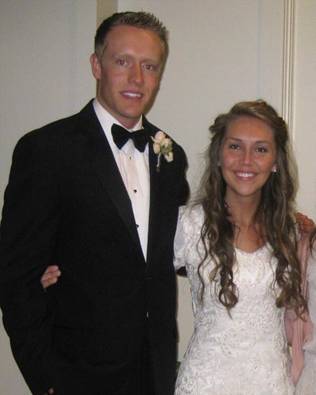 We had been teaching the missionary lessons to Gina for several weeks.  The lessons were going well and she was receptive to our message, but we could not get her to attend church at our local ward near Washington DC.  We knew full well that unless she crossed that hurdle and started attending church meetings on Sunday, she would never be baptized.

Our persistent invitations had been ignored long enough.  Tonight we were going to make a determined effort to arrange for her attendance at sacrament meeting.  However, Gina had already made other plans.  Knowing that we would make our invitation at the end of the lesson, Gina had already made alternative plans that were part of a prank she wanted to play on us missionaries.

At the end of our lesson, when we invited Gina to commit to come with us to Church, she quickly left the living room and went into her kitchen and asked us to join her (her husband had thus far declined to join us in the front living room). She reached into the refrigerator and pulled out a large bottle of a dark colored fruit juice. The label had been carefully covered with tape and paper.  She poured out two cups of the dark liquid and handed them to us.

She then gave us her interesting challenge.  “Elders,” she said, “if you can guess what kind of juice you are drinking in these cups, I will agree to come to church with you next Sunday!”   It was a trick question which she just felt we could never answer properly.  My companion tried and failed.  I sipped but had no clue what it was.  Besides I was sick and couldn’t taste or smell anything very well.

I went into the adjoining dining room and offered up a quick prayer, explaining that I had a bad cold and could not taste anything. I said I had no idea what was in that cup but I knew He knew what kind of juice it was.  I pled for a correct answer, since it would get Gina to attend church, a big leap of faith for her.  I then walked back into the kitchen and heard myself say, “It’s black currant juice!”

Gina’s mouth fell open and her eyes grew wide.  She had shopped for this unusual fruit drink at a nearby international market (apparently black currant juice is popular in parts of Europe and Asia), covered the label so we couldn’t see it, and then made her promise to attend church if we guessed correctly.  She had been confident she would be able to stay home on Sunday.

Gina was true to her word.  Because of that one inspired and correct answer, she willingly attended Sunday meetings with us the next Sabbath, and she felt the spirit.  She continued with her gospel studies and eventually agreed to be baptized.  I am so grateful that my prayers for immediate help were answered and that we could show Gina that God knew her and had answered our prayers to help her enter into the waters of baptism. 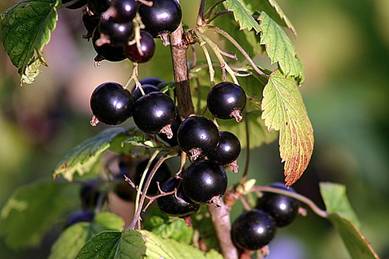 The blackcurrant bush, native to northern Europe and Asia, is banned in some American areas for damage caused to forests and logging.