Missionary Moment: The Conversion of an Anti-Mormon 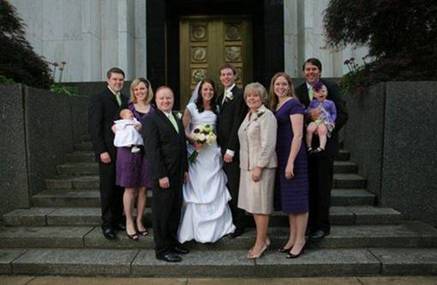 On January 5, 1985, Elder Jeff Keeney of Tempe, Arizona, in response to a request by his mission president, sat down in the chapel in Chevy Chase, Maryland, to answer this question, “Describe the most spiritual experience of your mission.” Pausing a few moments, he wrote the following:

“It began last December, early one morning, when the phone rang. On the other line, we heard those wonderful words, “Elder, I’ve got a hot one for you!” Elder Sackley, the director of the Washington D.C. Temple Visitors Center, had someone who wanted to be taught the Gospel.

Several days later, I met him for the first time. He portrayed the image of an intelligent-looking businessman who carried an attach case and was sharply dressed. Each discussion was uplifting and spiritual, but also, an intellectual, verification of the clearness of the restored gospel. Previous to our teaching him, he had purchased many books about the doctrine of the Church. He knew a considerable amount about the Church’s teachings, but ran into a lot of anti-Mormon literature.

Often he had questions typed up ready to ask us. After the discussions, we often felt mentally and physically drained. Our final appointment was dinner at his apartment on Capitol Hill. As we talked, we felt impressed by the Holy Ghost to bear testimony of the need for him to humble himself and pray and ask God whether or not the things we had taught him were true. He agreed to fast and pray on the upcoming Sunday.

The next day, while on exchange with another missionary, I stopped in at the Visitors’ Center for a moment, and Elder Sackley asked to speak with me. We went into a room and there was our businessman investigator who said, “I want to be baptized tomorrow!” I was speechless at first from shock, but then quickly said, “Fantastic!”

I will never forget his baptism and the keen effect it had on my life. As he went down into the water to be baptized, it brought tears of joy to my eyes. As I left the baptism that night I felt as though nothing in the world around me could bother me and I could bask in the spirit of this experience for many months. As the scriptures say, “My joy was full.”

How did I go from being an anti-Mormon member of a protestant denomination to being absolutely certain that there was only one church on earth with the authority to administer all the ordinances of the Gospel and that mine wasn’t it?  It began with a man named Bob Heightchew, my work supervisor,  who motivated me to sit down for my first missionary discussion.  His love, his example and his patience, led to my conversion and baptism. When I first found out he was a member of the LDS Church, I was stunned. He was smart, handsome, funny, athletic and immensely well-liked by everyone around him. He just didn’t fit the stereotype of what I thought at the time was a member of a non-Christian cult.

Over the weeks ahead, I decided I would rescue Bob and convert him to my faith. I asked him to attend my church. He accepted, with the condition that, in return, I attend his.  He came to my church meeting. The service was uneventful. The next week I attended his LDS ward in Virginia.  It happened to coincide with Fast Sunday. The service was different than any I had ever seen in my life.  Unplanned and unscripted, member after member walked up to the pulpit and spoke about the importance of the Savior in their lives.  I thought to myself, “For a church that’s not supposed to be Christian, they sure are spending a lot of time talking about Christ.”  A verse kept coming into my head, “By their fruits, ye shall know them.”  If I was wrong about this major aspect of the Mormon Church, was it possible that I was wrong about other things I had heard as well?

The chink in my “armor” was exposed. Later, my friend’s simple invitation, “I’d like you to come to a fireside at my home next Monday,” would forever transform my life and change my destiny.

Before I was baptized at the age of 30, my philosophy of life could best be described by the popular phrase, “It’s all about me.” Armed with an architecture degree and an MBA, everyone told me I was on the fast track. Every girl I dated, every party I attended, every friend I made,  was guided by one question: “How will this help my career?”

I was materialistic, shallow and selfish. Busy climbing the ladder of success, I couldn’t be bothered with the needs of those on the rungs below. I was stubborn at first. I thought I could pick and choose what doctrines to believe and what to reject like an a la carte menu. Gradually, I realized that I needed to humble myself and pray for God’s will in my life. Getting to that point alone was the biggest hurdle to my progress.

The missionaries and I had many intellectual debates about the Gospel. Eventually, every major question I had had was resolved and they said, “We have taught you everything you need to know. What you do now is up to you.” At first, I knew what I should do. The more I thought and prayed about it, I finally knew what I had to do and, on New Year’s Eve, 1984, I knelt down, alone in my apartment to pray to know whether or not I should join this church.

My answer came immediately and the physical sensation was exactly has it had been described it would be. The following Monday, I asked my friend Bob what he was doing the following night. When he said he didn’t have any plans, I asked him how he’d like to go to a baptism. “That’d be great,” he responded. “Whose?” “Mine,” I said. “Harding,” he asked somewhat bewildered, “You’re getting baptized?”  It turned out that, just the day before, his wife asked him if he thought I would ever join the church and he had been pretty skeptical. What a difference a day makes!

After my baptism, things changed rapidly. My coworkers, upon learning of my baptism, first accused me of converting just to get in good with the boss. However, they soon saw that I no longer drank coffee at meetings or martinis at after-work happy hours. They noticed that I was becoming less of a jerk and more concerned about helping others succeed around the firm. I went less and less to parties after work and more frequently to church activities, not because I was expected to, but because it made me happier to be around people who wanted to become better individuals.

My family expressed their concern that I was making a huge mistake. Would this peculiar new faith of mine make me seem out of place when we got together? Would it monopolize my time so much that there would be no room left for them? Gradually, they came to see that my joining the church made me a better person in every way.

I was now kinder, gentler, happier, and more patient, generous and loving towards them than I had ever been before. Furthermore, the Church’s focus on genealogy increased my interest in and attention to my extended family and my desire to learn about their life stories and family histories.  This built bridges of friendship with distant relatives. Though none of my family has yet to join the church, they now have a great deal of respect and admiration for it.

A couple of years ago, my mother told me that in her Methodist Sunday School class, they were discussing “Mormons” and one participant remarked, “Everyone knows that they’re not Christian.”  Normally one to keep quiet in situations like this, my mother turned to this woman and said: “You know, my son is a Mormon. I’ve been to his church services many times and I think that they are probably much better Christians than we are.”

As I look back on all the decisions I’ve made along the way, I sometimes wonder what my life and the lives of others around me would have been like had I not knelt down that cold New Years Eve in 1984, to pray to know for myself whether or not the things that missionaries had taught me were true.  My life, as it is now, simply would not have existed. My wife, my children, my career, my friends — all would be different because they have been inextricably connected to my decision to become a Latter-day Saint. The lives of many others would have been different as well.

Shortly before he left Washington to go home to Tempe, Arizona in 1985, I said to my missionary Elder Keeney, “How can I ever thank you for what you did for me?” Jokingly he replied, “I don’t know…maybe you can name your first born son after me.”  Twenty years later, our first-born son, David returned honorably home after having served as a missionary for two years in, ironically, Tempe, Arizona. During David’s time there, among the 16 people he taught and baptized, was a prominent Arizona artist named John Burton. A direct descendent of Mormon pioneer John Taylor, his grandparents fell away from the Church and he was raised as a member of another faith.  While taking a shortcut across a cotton field one day, my son David stumbled on to John Burton, painting in the desert. They struck up an unusually close friendship and later, David would teach him the lessons that led to his baptism.  Recently, he and his wife were married for eternity in the Arizona Temple and they now have a son.

In another example, George Waskiewicz, the leader of a white supremist gang, met my other missionary son, John, while at a dinner appointment in the New York New York South mission. Elder John Harding clicked with George and shared a spiritual message that resonated with him. That message led to an appointment, which led to a series of discussions.  George was baptized and he and his wife were recently married for eternity in the Washington, DC Temple.

The endings of both of these stories are yet to be written. I love being a part of the great, exciting work of helping to spread it to “every nation, kindred, tongue and people.” I know that I have a Heavenly Father who knows me, who loves me, so much so that he sent his Son, Jesus Christ, to be my Savior. By following him and keeping his commandments, I can live in his presence again someday. That seems like a pretty good deal. 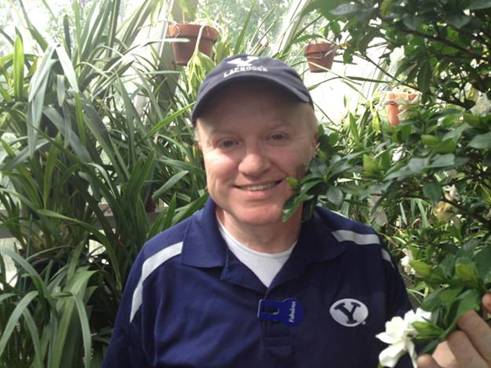 He now needs to put out information to help LDS members answer the anti Mormons, since he was an anti Mormon. That would be a great help and to understand the mind set of the antis.

this story is very interesting and spiritual...cheers