Science and Religion: Can This Marriage Be Saved? | Meridian Magazine

Science and Religion: Can This Marriage Be Saved? 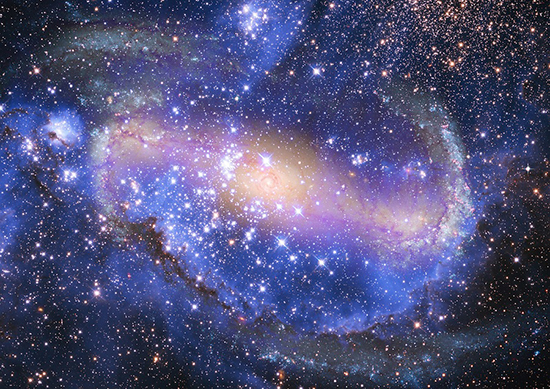 The Mormon Interpreter Foundation (www.mormoninterpreter.com) held a symposium on “Science and Mormonism” last week where prominent LDS scientists shared state-of-the-art scientific research designed to highlight the unique contributions of LDS doctrine to the ongoing conversation between science and religion. The idea: you don’t need to choose between them.

“Science and Mormonism have nearly always been on very friendly terms, with Church members sharing the deep conviction that, as expressed by former scientist and apostle Elder James E. Talmage, within the gospel of Jesus Christ there is room and place for every truth thus far learned by man, or yet to be made known,'” according to symposium planners.

Yet, in the marketplace of ideas science and religion are often pitted against each other, as a war between very different approaches to understanding reality. 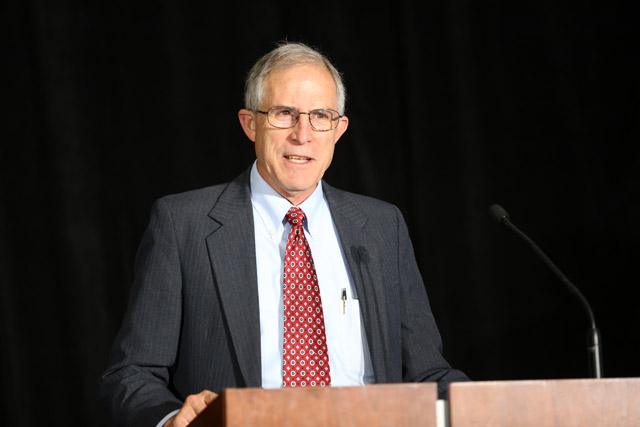 David H. Bailey, retired from the Berkeley National Laboratory of the University of California, keynoted the conference, asking if the marriage between science and religion can be saved?

“Science plays a major role in modern society,” he noted. In the past fifty years alone we’ve unlocked the code of life and read the DNA of many organisms; we’ve traced the history of the known universe, discovered a set of mathematical laws that explain physical phenomenon with remarkable precision and laid the foundation for astounding advances in society.

At the same time, religion plays a similarly important role in the lives of people with 92% of Americans (including 21% of atheists and 55% of agnostics affirm some belief in God. 39% of Americans say they experience a deep sense of wonder about the universe’ on at least a weekly basis).

Still, the war in the public arena between science and religion is nasty and sad, a war he describes as being between Camp A and Camp B.

Camp A, he said, led mostly be certain atheistic scholars and scientists presents a negative, stereotypical view of modern religion, considering it an irrational enterprise and that science is the only route to truth. This camp highlights the history of religious wars through the ages as evidence that religion is fundamentally harmful and blames religion for many of society’s ills. They see religion as “violent, irrational, intolerant” and allied to racism.

Not only is Camp A’s approach, extreme, Dr. Bailey said, it highlights dogmatic religious behavior, then assumes that all are the same. It ignores or dismisses the many positive social values of religion. It does not buy the attitude expressed by Will Durrant after surveying the history of the world, “There is no significant example in history, before our time, of a society successfully maintaining moral life without the aid of religion.”

Those, like Richard Dawkins, who publishes widely that God cannot exist, attempting to use science to make his point, use deeply flawed proofs that are never subject to peer review. It ignores the fact that most wars worldwide have been fought primarily on political grounds, even when they claim it is about religion. What’s more, if religion is rejected as being outside the realm of empirical science, then art, literature, music, and philosophy must be rejected also.

Camp B, which is led by some religious people, also goes to extremes, according to Dr. Bailey, They often criticize outspoken atheists and scientists and assume all are the same. They ignore or dismiss the many benefits of scientific progress. They present deeply flawed technical criticisms of geology and evolution.

Such claims suggest ideas like that God created the earth and the universe a few thousand years ago and then gave it an “appearance of age”, including ancient-looking rocks and photons in transit from distant stars and galaxies, perhaps as a test of faith.

Both camps are extreme and have much in common as they war against each other. However, science and religion should be compatible, according to Dr. Bailey. They approach the gaining of knowledge with a separate set of questions. Science can’t really say much about the existence of God or morality. Religion can’t talk about equations and relativity.

LDS Insights on the Marriage of Science and Religion

The gospel gives Latter-day Saints a unique insight into the supposed gap between science and religion, and we are in a good position to do better than join in the fray. There is no need for this war.

Dr. Bailey noted that the gospel helps Latter-day Saints understand that we would never say, “We have received, and we need no more” (See 2 Nephi 28:27). The gospel with its ringing scripture, “The glory of God is intelligence,” bids us to learn. We embrace the idea of progress.

Conservative scholar Robert Nisbet defined the idea of progress as the notion that “mankind has advanced in the past, is now advancing and may be expected to continue advancing in the future.” That is essentially a restatement of the LDS Ninth Article of Faith.

LDS leaders, also, have emphasized that miracles are not outside the realm of natural law. Things may happen that appear outside of natural law because we don’t understand them yet, but the world really does obey natural laws.

Dr. Bailey said, “If God acts through natural laws, why do we have a war? This is Mormonism’s contribution to this argument.

In 1931, a letter from the First Presidency, advised members, “Leave geology, biology, archaeology and anthropology, no one of which has to do with the salvation of the souls of mankind to scientific research, while we magnify our calling in the realm of the Church.”

“This is wise counsel,” said Dr. Bailey, for “the religion that is married to science today will be a widow tomorrow.”

Papers from the symposium will soon be posted online and a compilation of them will be published in a book early in 2014.

Actually, that 1931 article was not sent to members. This article, from Meridian, in fact, gives some better context. Good article, though https://meridianmag.wpengine.com/article/1/13566