The Church of Jesus Christ of Latter-day Saints published new resources today to help people of conscience everywhere understand the importance of protecting religious freedom. These new resources include a unique animated video and other videos that stress the importance of preserving freedom of religion, a “Support Religious Freedom”  Facebook page that provides news and information about religious freedom, and a topic page that lays out the principles of religious freedom and suggests ways to engage this issue.

An introductory video features Elder L. Tom Perry of the Quorum of the Twelve Apostles, who emphasizes that the “essential freedoms of conscience, embedded in religious liberty, must be diligently preserved and protected.”

Leaders of many faiths, including Mormon apostles, have expressed deep concern that religious liberty is eroding in the United States and around the world. These resources contribute to the many conversations taking place on this topic and highlight freedom of religion as a fundamental human right that protects the conscience of all people and allows them to act upon what they deeply believe. Churches, religious organizations and individuals face increasing restrictions as they participate in the public square, exercise conscience in their professions, express their beliefs or serve in society.

“It is important to become well-educated on this issue and take responsibility to pass on to future generations the religious freedom you now enjoy,” Elder Quentin L. Cook of the Church’s Quorum of the Twelve Apostles has said. “Defend religious freedom on the Internet and in your personal interactions in the neighborhoods and communities where you live.”

More than a year ago, the Church posted a series of in-depth commentaries addressing religious freedom  on MormonNewsroom.org. The animated video is intended to inform those who have never thought about religious freedom’s importance by providing a more immediate and engaging way to be introduced to the issue.

In the final video, experts and everyday citizens express their thoughts about why religious freedom is so important and what people can do to preserve it. 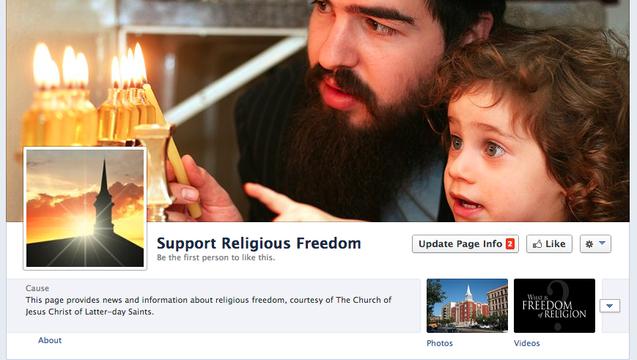 Most who know me would not be surprised to hear of my personal testimony of The Book of Mormon. While it is primarily a record standing as Another Testament of our Savior Jesus Christ and His Atonement and His covenant with the House of Israel...The Book of Mormon clearly witnesses of the role of those "Gentiles" of whom Isaiah spoke who would come in the Latter Days as part of the Restoration of all things foretold and perform this Marvelous Work and Wonder, raising the Ensign for all nations in the gathering and grafting in of our Heavenly Father's Children by individual covenant making and keeping. The verses I have cited below are not intended to represent any one specific person or persons today, but keenly witness how specifically that The Book of Mormon was written too as a warning for us in our day. It impresses the reader as each ponders the content that prophet/ historian Mormon selected amongst several records to be included in the plates that the Prophet Joseph Smith translated into this sacred volume. 1 And it came to pass in the commencement of the fifth year of their reign there began to be a contention among the people; for a certain man, being called Amlici, he being a very cunning man, yea, a wise man as to the wisdom of the world, he being after the order of the man that slew Gideon by the sword, who was executed according to the law

In the Whiteboard Animation, when it shows the 11th Article of faith, the word Almighty is misspelled.