A Response to Miley Cyrus: Where are the Men? | Meridian Magazine

A Response to Miley Cyrus: Where are the Men? 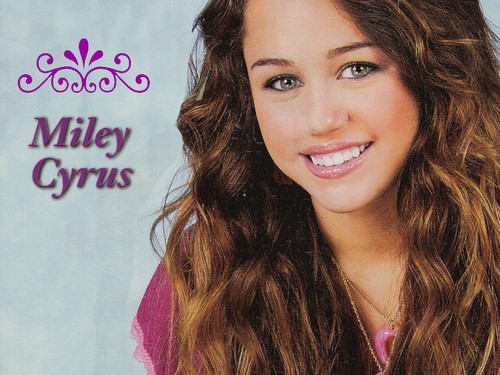 Miley Cyrus, who has appealed to youngsters as Hannah Montana, gave a raunchy exhibitionist display, stripping down to a nude-colored bikini at the MTV Music Video Awards last Sunday.

“MTV has once again succeeded in marketing sexually charged messages to young children using former child stars and condom commercials — while falsely rating this program as appropriate for kids as young as 14,” Dan Islett, policy director of the Parents’ Television Council complained. Ironically, Miley’s father, Billy Ray Cyrus is on the Board of Directors for the group.

The headlines the morning following her display in front of millions of people both celebrated and criticized her. In the midst of all of this buzz around her shocking performance, I wondered to myself, “what about the men?” Why is it that young women have absorbed the message that to gain notice and acclaim, they have to bare all. Why do so many in the public eye believe that they must not just push the limits of decency, but explode them? Do the men share some of the responsibility for this terrible trend?

One of the photos displayed next to the headline showed an older guy dancing with her. I discovered that he is married with children. Why did he go along with that routine and allow her to be exploited like that? Surely there were men who helped produce the program, there were men in the audience, there were men all around. Where were the men? Or at least, why do men support and celebrate the exploitation and objectifying of women? Why do women allow themselves to make these compromising choices?

For all of the criticism and shame heaped on Miley for her behavior this past weekend, I haven’t heard one commentator mention the fact that she was surrounded by men who did nothing but encourage her. Granted, she’s a 20 year-old adult woman who is more than capable of choosing what she’ll wear and how she’ll behave. However, isn’t there at least one man in her life who might share his concern for what this might be doing to her and others?

I don’t pretend I can or should do anything to influence Miley. I feel genuine sadness for her. All I can do to protect her is not watch her.

I know this is a long shot, but imagine what would happen if all of the men in that building and around the world turned away from her performance to let her know that they weren’t going to take advantage of her body, even if she didn’t have the self-respect to be decent.

I remember hearing President James Faust mention in a BYU devotional that a real man would look away if a woman inadvertently leaned over too far and exposed more than she intended. He said that this is how men protect women. They don’t take advantage of them, whether she intentionally or unintentionally exposes herself.

I also appreciate Elder Richard G. Scott’s admonition about how men share some of the responsibility for how many women focus on the wrong things to find acceptance and belonging. He said:

So many of our sisters are disheartened, even discouraged, and disillusioned. Others are in serious trouble because of the choices they make. Satan has unleashed a seductive campaign to undermine the sanctity of womanhood, to deceive the daughters of God and divert them from their divine destiny. He well knows women are the compassionate, self-sacrificing, loving power that binds together the human family. He would focus their interests solely on their physical attributes and rob them of their exalting roles as wives and mothers.

Brethren, we can and must help them. I fear that much of their plight comes from our own neglect or misdeeds. As a priesthood husband, father, son, or brother, each of us absolutely must help each daughter of God we can to realize what sacred characteristics Father in Heaven has given her. Many are being cheated of the rich, full life and the blessings God would have them receive. Will you help them understand what they are sacrificing as they are led as innocent, blind sheep by those who, for personal gain and self-justification, would rob them of their priceless womanhood? Because it is their nature to give and please others, many women do not realize their intrinsic worth. That loss makes them vulnerable to those who would convince them that their major role is to be physically appealing.

Brethren, as we honor womanhood, each daughter of God will be encouraged to do likewise.[i]

Even though women have individual responsibility to protect their own bodies and dignity, men still are called to protect by creating an environment where women are not taken advantage of or rewarded for demeaning themselves.

President Boyd K. Packer, taught that “some roles are best suited to the masculine nature and others to the feminine nature. Both the scriptures and the patterns of nature place man as the protector…” [ii] When men and women are put in dire physical danger, it’s not even a question about the responsibility and expectation that men will step up and protect women. However, when the danger is spiritual, the roles aren’t as obvious to the spiritually unaware.

You may be wondering how men can protect women, especially since today’s world doesn’t provide many opportunities for men to physically protect women, which is often what we associate with the word “protect.” And, unfortunately, these days, many women (and men, for that matter) think it’s misogynistic for a man to believe that a woman needs to be protected.

Perhaps it helps to expand the definition of “protect” to include words like respect, honor, and cherish. Protecting a woman doesn’t mean that she’s powerless and needs someone to think for her, tell her what to do, or guard her from risk. Instead, protecting is really about men helping to create conditions where women’s divinely designed attributes can thrive.

In today’s sex-saturated environment, women are pressured to emphasize only one area, namely, their physical selves. A protective man will go out of his way to appreciate the women in his life for all of the other attributes she possesses.

President James E. Faust listed out the following attributes of true womanhood: the capacity to love, spirituality, goodness, delicacy, radiance, sensitivity, creativity, charm, natural grace, gentleness, dignity, intuition, and quiet strength.[iii] To that we can add intelligence, depth, leadership, talent, dynamism. Imagine if men were to recognize and celebrate these attributes in their wives, daughters, and sisters.

Protecting women is rooted deeply in understanding the eternal truths about not only women, but also men.

A man who understands his role as a protector, presider (read: example), and provider, is a safe man.

Elder Todd C. Christofferson recently counseled the brethren of the priesthood that “we must be men that women can trust, that children can trust, and that God can trust. We cannot afford husbands and fathers who fail to provide spiritual leadership in the home. We cannot afford to have those who exercise the Holy Priesthood, after the Order of the Son of God, waste their strength in pornography or spend their lives in cyberspace. The Church and the world and women are crying for men, men who are developing their capacity and talents, who are willing to work and make sacrifices, who will help others achieve happiness and salvation. They are crying, “Rise up, O men of God!”[iv]

You don’t have to wait long for a chance to rise up and protect women. You are surrounded by images and examples of women who need our respect, honor, and protection. Turn over the magazine covers at the grocery store, change the channel on your TV when you see anything that degrades women, put down your screens and plug in to your wife and children, and, of course, speak up for decency.

Recognize that the eternal nature of women transcends culture and time. It may be old-fashioned for a woman to take on certain roles in our society, but it’s never old-fashioned to protect the dignity and honor of a woman. That’s an eternal obligation men have been asked to uphold.

Miley Cyrus is one of millions of women who need our honor, respect, and protection. She clearly can’t respect, honor, or protect her own dignity. Men, let’s rise up and show our daughters, our sons, and our communities what it looks like to protect a woman in the 21st century.

Geoff Steurer is a licensed marriage and family therapist in St. George, UT. He is the founding director of LifeStar of St. George, a treatment program for couples and individuals impacted by pornography and sexual addiction. He is also the co-author of “Love You, Hate the Porn: Healing a Relationship Damaged by Virtual Infidelity” and the audio series “Strengthening Recovery Through Strengthening Marriage” available at www.marriage-recovery.com. Geoff specializes in working with couples, especially those experiencing the crisis of sexual betrayal. He holds a bachelors degree from BYU in communications studies and a masters degree in marriage and family therapy from Auburn University. He is married to Jody Young Steurer and they are the parents of four children. You can contact him at www.lifestarstgeorge.com

Several years back, I was leaving the SLC Temple after attending a wedding/sealing with the spiritual lift accompanying only to come around the corner to see 9-10 yellow gowned bridesmaids obviously waiting for the call to picture taking with their bridal party within. Each dress had a deliberate matching decolletage (low, very revealing neckline) for fashion purposes no doubt. It was shocking to me that the design was so deliberately following the world's fashions. Since the purpose of these fashions is to be a prelude to immorality, is it any wonder we have so many moral problems as a people. The world is too much with us.

I feel very sorry for the poor half-wit. Her father warned all of us this was coming, and the source is not her own lack of self-respect, but the parasites that surround her, planning her degradation with Machiavellian precision and amorality. This will boost her career, so they can even pretend they're doing her right as well. In every one of these child-star-gone-bad cases, it's the vile and despicable adults that pushed the kid down the stairs. And parasites come in both sexes. Ask Lindsay Lohan or Amanda Bynes about how it's working out for them; these antics might boost the career short term, but never answers in the end.