Missionary Moment: How the Church is Blossoming in Tanzania

As my husband and I serve in the MTC in South Africa, we often see and hear of missionary miracles on this wonderful continent.  I wanted to briefly share how the church took root and started to grow in an area of Tanzania (located just south of Kenya, Africa). 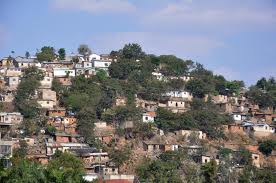 Abich Kawira Nyambita was born on 1 Oct. 1948 to Philemon and Orpha Kawira in Shirati, Tanzania.  He had all of his early education there. In 1980, he went to England to further his education.  There he met with missionaries of the Church of Jesus Christ of Latter-day Saints.  Elder Eric Christensen of the United States and his companion taught him about the restored Gospel of Jesus Christ and later baptized Abich to become a member of the Church.

In 1983, Abich completed his studies and returned home to Tanzania from England.  He fell in love with and married a woman named Sylvia Akinyi Benedict on 23rd June that same year.  They bore five children: Baraza, Magret, Benedict, Phinias,  and John. 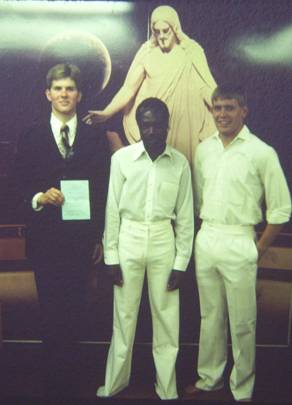 When the children were old enough, their parents started to teach them about the restored Gospel, Joseph Smith and The Church of Jesus Christ of Latter-day Saints.  The teachings were conducted at their home because there were no Church units in the area at that time.  Indeed, they were unaware of any other members in their city of Mwanza, Tanzania’s second most populous city.

Abich’s wife, Sylvia, wasn’t a member of the Church, but she agreed to attend her husband’s LDS meetings in their home.  She had a long wait to be baptized–about 27 years!

The Nyambita family lived the Gospel as best they could without any organization or branch in their city. Indeed, without any other members, they faithfully held church meetings in their home, but they didn’t have the sacrament.  They would sing hymns and then hold Sunday School where Abich would teach his growing family about tithing, fasting and prayer.

Each morning and evening, they would meet as a family to pray together and read the scriptures.  In the evening they sang hymns together in their family devotionals.  Abich had brought with him tapes of the Mormon Tabernacle Choir and also a hymn book.  Abich would teach his family the hymns and they would listen to the beautiful choir music from his tapes.

In the beginning of the year 2010, almost 30 years after his baptism, Abich Nyambita asked his family if they would please join him in prayer and fasting for the Church to somehow become established in their own area of Tanzania.  The family agreed. They had been taught about prayer for many years.

Together as a family, they fasted and prayed for God to bring other members and the church to their city of Mwanza in Tanzania.  Miracles soon started to happen as evidence that God had heard their many sincere prayers.

On March 27, 2010, about two months later, Abich received a phone call from Elder Burgener (a councilor to the Kenya Nairobi Mission President) telling him that a brother from the Arusha Branch, who was also a branch president, had just been transferred to Mwanza, where the Nyambita family lived.  He gave Abich permission to start holding meetings in their houses and teach other people to prepare them for baptism.

In the evening of that same day, Abich and Brother Obuya (the visitor from Arusha Branch), met at Abich’s home and spoke with excitment for some time.  They planned to hold their church meetings every Sunday at Abich’s home.

Sunday morning, Brother Obuya came with three other people.  One of those people was Brother Obuya’s friend who was not a member. The other two people were Brother and Sister Mark, visiting from the United States and were life-long members of the Church.  The Gospel was shared on that day and the Spirit was strong.  The only thing which we couldn’t do at that time was to prepare and pass the sacrament or hold priesthood meetings.  Morris Obuya and his wife started coming to Church at the Nyambita home on a regular basis. 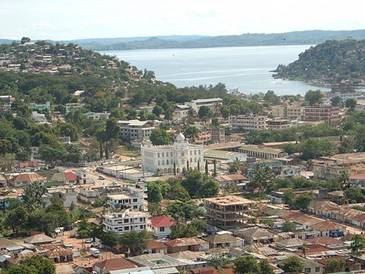 They met again on the next Sunday.  They learned many things and the Spirit guided them what to teach. On Friday of the following week, Abich received another call from Elder Burgener telling him that there was another member family in Mwanza.  They had been staying in Mwanza since 1990.  It was the family of Brother Atupela.  They met with the family on Sunday at Abich’s house and held Sunday meeting.  The total number in attendance was now twelve.

Later, on June 17, 2012, Elder Burgener and his wife visited Mwanza.  They conducted a survey of different places on the following day trying to find a good land where a chapel could be built.  They also visited the small congregation of members and investigators who were waiting for the church on Sunday of that same week.

Abich’s son, Phinias, went to Dar-es-Salaam for high school so he could study economics, accounting and commerce classes.  There he was able to be baptized at age 16, on  July 17, 2010.  Phinias stayed at a boarding school and went home every 6 months to see the family.  He travelled by bus for the 14-hour trip back to Mwanza all alone.

His father told him, “You have the Priesthood, so you don’t have to fear.”  He was ordained a Priest by the Branch President, Pres. Emmanuel Mathias Kachuchuru.  Phinias was ordained an elder on  February 13, 2011 by Olesaibull Mboyo Ramat.  He was called as branch clerk in the Mbezi Branch.

Soon members from the cities of Arusha and Dar-es-Salaam started to move to Mwanza for work purposes.  This made the congregation in Mwanza enlarge almost weekly.  The Atupele Mwabaleke family started joining with the Nyambita family on Sundays for Church.  He joined the Church in Bulgaria and when he came back to Tanzania, he searched for other Church members.

Then Atupele could have a turn having Church at his place.  They would eat breakfast very early in the morning at home.  Then they would walk to take public transport.  They rode for 3 hours to get to Church.  After Church, they reversed the process and would have a late dinner when they arrived home.

In November 2010, the Kenya Nairobi Mission President, Steven H. Broadbent and his wife, along with the Burgeners visited MWanza.  President Broadbent promised the Mwanza congregation on Sunday of that month that he was going to send a letter to Salt Lake City that Mwanza should have a Branch.

The year of 2012 started with wonderful news for the Mwanza congregation.  On January 1, President Broadbent called Abich and told him that “Mwanza has been approved to have a branch organized and that all talks and teachings and meetings will be done in Swahili, the national language, instead of English.”  This was great news to the people of Mwanza and Tanzania as a whole.

On March 27, 2012, the Mwanza Branch was officially organized by Kenya Nairobi Mission President, Steven H. Broadbent and the new members were confirmed in the Church on that same day.  Abich Kawira Nyambita was called to serve as the first branch president.  The prayers of this sweet family to help the church to grow in their town after 30 years were answered in ways beyond their expectations!

Phineas and Benedict have now served full time missions, and another child is preparing to serve.  Events like these are occurring throughout Africa as the church continues to grow and blossom in this beautiful land.

John, I hope you have already found the location of the church in Mwanza. I only read this article today. You should be able to find church locations at mormon.org/meetinghouse . This is what I found there about a Mwanza meetinghouse: Block G Plot 28 Mahina, Mwanza Dar Es Salem TANZANIA Mwanza Branch 10:00 am I hope this will help any who are looking for this meetinghouse. I found this article because I know Elder Eric Christensen from Las Vegas. Wonderful account of what 1 person joining the Church can mean to the world!

i am a young man and in my last year studying law at St .Augustine University of Tanzania Malimbe Campus in Mwanza. i have been looking for this church. how can i get it? its location please!