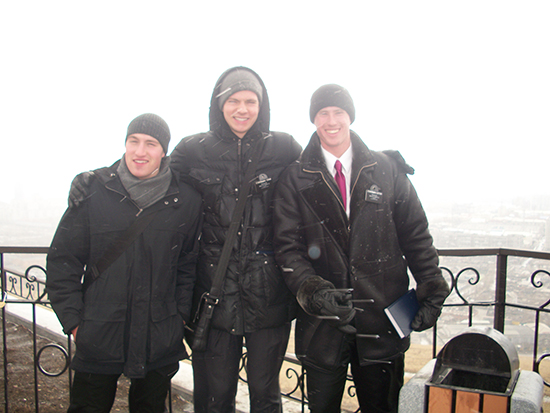 It was a Tuesday afternoon on my mission in Siberia, Russia (the Russia Novosibirsk Mission).  It was one of those rare days that we didn’t have any standing appointments.  So on that particular Tuesday, without any scheduled appointments for about 3 hours, we decided we needed to do some street contacting. The outside temperature that day in February was about 4 degrees Fahrenheit. We looked at the map of Krasnoyarsk and tried to decide where to go contacting. We prayed about it to receive some inspiration.  We needed to know where in our city we should go and find someone to teach. After the prayer and a brief discussion together, we decided it would be a good idea to go down to a street called Shorsa, and knock on doors.  We didn’t get down to that neighborhood very often, because in order to get there we had to walk over a mile through an industrial part of town with no people outside on the street.  Most locals in that area were all inside working in the factories in the afternoon, especially in the bitter cold of a Siberian winter, which can get down to 30 or 40 degrees below zero.

So we set off not expecting to find anyone outside due to the weather. Eventually we came to the industrial section of town, which was deserted as we expected.

However, once we reached the middle of that industrial stretch, we met a young man in a long black coat.  To our pleasant surprise, he actually talked to us for several minutes.  After a short discussion, he said he would like to learn more about our gospel message! He told us that we could come to his home the next day for a discussion. He gave us his address and disappeared down the street.  We were so excited. We knew that the Lord had led us right to where we needed to be in order to find Pavel, even though we never even made it to our original destination on Shorsa Street.  This was where we were needed!

It was an amazing experience seeing Pavel progress all the way through from our first discussion on the street to his baptism several months later. I could not have imagined his baptism when we first arrived in his small flat for the very first lesson.  He was a little drunk and it seemed that our first few lessons were not really clicking. He just wasn’t progressing.

But there is one thing that changed this good man’s life for the better and it was the Book of Mormon. I already had a testimony that the Book of Mormon is true, but I just didn’t fully realize the incredible power it has to change people’s lives and bring them to Christ.

Once Pavel really started reading and sincerely studying the Book of Mormon, we could see more and more light in his countenance every time we came over to visit him. He got so engrossed in the Book of Mormon that he read the whole thing through in about a month and a half.  Not only that, he understood and applied what he read and had many questions about the things he didn’t understand. 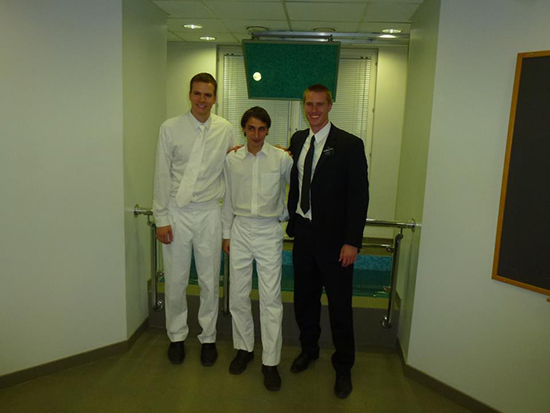 I remember the first time he told us that he had read up to Second Nephi.  I was a little skeptical, so I just said, “Great, what did you read about? What did you like about it?” He went on to give us a perfect summary of exactly what happens in First Nephi, even remembering the specific names of people and pulling out really good insights about the importance of obedience and following the direction that God gives us.  I was totally amazed! Then later on he said he read Second Nephi twice because he didn’t fully understand it the first time. He then read Mosiah twice because he liked it so much.  He explained to us that he decided to re-read the book of Mosiah before he went on to study Alma.

The Book of Mormon gave Pavel a powerful testimony of Jesus Christ and the restored gospel.  From that point on we just had to use that spiritual strength to help guide him through his trials, and change his life for the better in order to live in accordance with God’s commandments. I am extremely grateful that the spirit led us to Pavel that cold winter day and that the spirit caused such a mighty change in Pavel’s heart that he soon wanted to be baptized.  I now realize that we don’t find and convert others on our own, but only through the Holy Ghost.

My nephew will leave the MTC for this mission June 24. It is good to see the work going on in this part of the world where Malachi will be serving.