How a Meteor Shower Inspired a Favorite Hymn 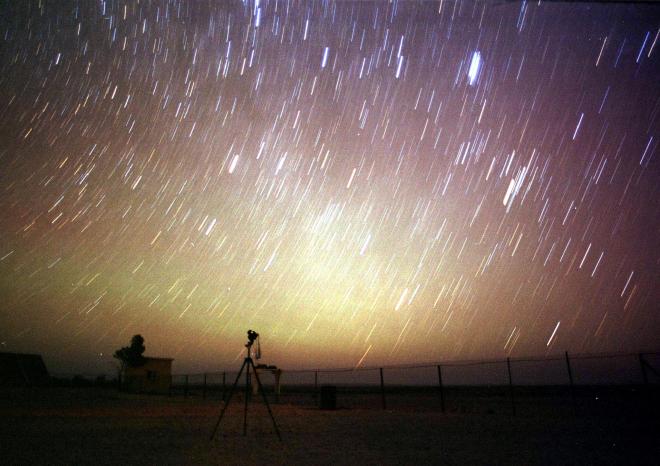 (Please accept my gift to you of my 7-volume Pillars of Zion series. Get your free PDFs by clicking: www.pillarsofzion.com.)

You’ve sung the song. You know the words. But do you know the remarkable story behind this great hymn?

The trouble for the Mormons in Missouri began in the summer of 1833, but W.W. Phelps and other local leaders of the Church procured a ceasefire under conditions of duress. Despite the mob’s promise of peace for evacuation, they could not contain their hatred toward the Mormons, and violence broke out on October 31, 1833– Halloween. Seven years later to the day, October 31, 1838, the events would repeat.

Over the next week, the situation grew dire. On the night of November 5, 1833, many of the Saints in Missouri were assaulted by a vicious mob and forced from their homes at gunpoint into the freezing cold and dead of night. They had already lived through slaughters of innocents and their women being brutally ravished. Now some were herded like cattle into the muddy streets of Independence and others fled for their lives.

The Saints had experienced a bad storm that day, which combined with frigid November temperatures made conditions worse. Nevertheless, fearing for their lives, they did the only thing they could do: they rushed to the banks of the Missouri River and tried to make shelter. Their only hope now was to ferry across the river to the safety offered in Clay County.

Two days later, the storm hadn’t let up, and the banks of the Missouri were now swollen, and thousands of Mormons were pinned down in the mud in an effort to escape from the mob. They were terrified, hungry, wet and freezing, but they dared not return to town for fear that the mob would kill them. All that they could do for three days was sit in the mud and watch their beloved Zion and homes go up in smoke.

The only way to cross the river was by ferry, and the cost of transporting a family with a wagon and goods was a dollar and a half. Some of the families had the fee but many did not. The unfortunate ones watched friends traverse to Clay County while they remained behind in Jackson County, knowing that the mob could at any moment swarm down and murder them. It was not a matter of if, but when.

Two brethren decided to catch fish to see if the ferry operator would accept fish in lieu of cash. The following day, they reeled in three small fishes and a large catfish. When they opened the mouth of that catfish, they found three silver dollars, just enough to pay the fare. But a miracle of greater proportions was needed to save the hundreds of Saints who were still stranded.

Some twelve hundred Mormons had been driven from their homes. Their damaged property was valued at $175,000, which included the burning of 203 homes, one grist mill, the destruction of crops, and the loss of livestock and furniture.

Things were about to get worse.

On the night of November 12, the mob assembled for a slaughter. Defenseless and with no place to retreat, the Mormons would be easy prey – shooting fish in a barrel. Jackson County was about to see mass murder on an unprecedented scale, and all that the defenseless, starving, shivering Saints could do was huddle in the mud and wait for their demise.

It was in that moment of hopelessness and defeat that the Lord sent a miracle.

Suddenly, at about 10 p.m., the heavens exploded as thousands of meteors shot across the night sky. Parley P. Pratt wrote: “…to our great astonishment all the firmament seemed enveloped in splendid fireworks, as if every star in the broad expanse had been hurled from its course, and sent lawless through the wilds of ether. Thousands of bright meteors were shooting through space in every direction, with long trains of light following in their course. This lasted for several hours, and was only closed by the dawn of the rising sun. Every heart was filled with joy at this majestic display of signs and wonders, showing the near approach of the coming of the Son of God.”[i]

The fiery display in the heavens continued all through the night, striking the mob with such awe that they halted their advance on the Saints to watch the magnificent celestial display. In the morning, they simply turned around and went home, and immediately thereafter, the Saints safely escaped to Clay County.

It was from these events that W.W. Phelps penned the words, “Now Let Us Rejoice in the Day of Salvation.”

The Saints’ salvation had come on the very night of the Leonid meteor showers, an event that occurs once every thirty-three years. The Leonid display of 1833 has been described as one of the most spectacular meteoric phenomena of the second millennium. Some reports estimated the number of meteors as exceeding 100,000 per hour, and other reports guessed at thirty flashes per second. Taking into consideration that each meteor was accompanied by a long trail of light, the Leonid shower was both magnificent and terrifying. The heavenly display was so concentrated that it lit up the sky and was described as “an intense snowfall.”

The Leonids were seen all across North America. Even the Prophet Joseph Smith was awakened in Kirtland by the spectacle. The following is from the Prophet’s history: “About 4 o’clock a.m. I was awakened by Brother Davis knocking at my door, and calling on me to arise and behold the signs in the heavens. I arose, and to my great joy, beheld the stars fall from heaven like a shower of hailstones; a literal fulfillment of the word of God, as recorded in the holy Scriptures, and a sure sign that the coming of Christ is close at hand. In the midst of this shower of fire, I was led to exclaim, ‘How marvelous are Thy works, O Lord! I thank Thee for Thy mercy unto Thy servant; save me in Thy kingdom for Christ’s sake. Amen.'”[ii]

The Prophet had recently prophesied that stars would soon fall from heaven as a “sign of the times.” Philo Dibble, who was shot and severely wounded during this time, wrote the following:

On one occasion Joseph was preaching in Kirtland sometime in the fall of 1833. Quite a number of persons were present who did not belong to the Church, and one man, more bitter and skeptical than others, made note with pencil and paper of a prophecy uttered on that occasion, wherein Joseph said that ‘Forty days shall not pass, and the stars shall fall from heaven.’

Such an event would certainly be very unusual and improbable to the natural man, and the skeptic wrote the words as a sure evidence to prove Joseph to be a false Prophet.

On the thirty-ninth day after the utterance of that prophecy a man and brother in the Church, by the name of Joseph Hancock… and another brother were out hunting game and got lost. They wandered about until night, when they found themselves at the house of this unbeliever, who exultingly produced this note of Joseph Smith’s prophecy, and asked Brother Hancock what he thought of his Prophet now, that thirty-nine days had passed and the prophecy was not fulfilled.

Brother Hancock was unmoved and quietly remarked, ‘There is one night left of the time, and if Joseph said so, the stars will certainly fall tonight. This prophecy will all be fulfilled.’

The matter weighed upon the mind of Brother Hancock, who watched that night, and it proved to be the historical one, known in all the world as ‘the night of the falling of the stars.’

He stayed that night at the house of the skeptical unbeliever, as it was too far from home to return by night, and in the midst of the falling of the stars he went to the door of his host and called him out to witness what he had thought impossible and the most improbable thing that could happen, especially as that was the last night in which Joseph Smith could be saved from the condemnation of ‘a false prophet.’

The whole heavens were lit up with the falling meteors, and the countenance of the new spectator was plainly seen and closely watched by Brother Hancock, who said that he turned pale as death, and spoke not a word.

After that event the unbeliever sought the company of any Latter-day Saint. He even enticed Mormon children to keep him company at his house. Not long afterwards, too, he sent for Joseph and Hyrum to come to his house, which they did, but with no noticeable results, for I believe he never received the gospel.”[iii]

All across North America, frightened people left their beds and ran out into the streets believing that the end of the world had arrived. Future president of the United States, Abraham Lincoln, related the experience as “the day of judgment.” No one had witnessed anything like it.

The fire in the heavens saved the Saints at the very moment of their highest distress. W.W. Phelps captured the moment as an anthem of salvation that we have sung ever since. “Defeat, frustration, homelessness, suffering, privation, hunger, even-these produced a hymn that still gives hope and sustenance to hundreds of thousands who live in better times…. It was the lily coming out of the ooze.”[iv]

“Now Let Us Rejoice” was one of the hymns sung at the dedication of the Kirtland Temple. “Literally millions [have] derive[d] strength from the words of this hymn,” writes Karen Lynn Davidson, “‘Now Let Us Rejoice’ recalls the amazing, resilient faith of our pioneers and helps us strengthen our own. Even in the worst of times, we can still rejoice as we watch for the day when the Savior will come.'”[v]

When we sing this magnificent hymn, let us not forget the circumstances of its origin.

Please accept my gift to you of my 7-volume Pillars of Zion series. Get your free PDFs by clicking: www.pillarsofzion.com.  Also, please LIKE on Internet missionary project. Click www.gospelideals.org.

[…] This meteor outburst was also significant in the histories of the Adventist movement, and also the Mormons.  The Mormon founder Joseph Smith had this to say about […]

Another heavenly display has been credited by some with saving the Union. At a pivotal point in the Civil War when victory by the Confederates was a real possibility a bright comet appeared in the heavens with its head pointed towards the South. One account says the author of the Battle Hymn of the Republic awoke and saw the comet as a sign that God favored the North, and stayed up for hours to write the song that inspired Union troops to subsequent victories. The words "I've seen the fateful lightning of His terrible swift sword (the comet)" were part of the hymn that saved America. (Of course as a Georgia native this is hard for me to write, but truth is truth.) Others may know more about this and may be able to add details of corrections, but I thought the parallel to the meteor shower saving the Saints is remarkable. Miracles such as this are a testimony that God lives and loves his children. Praise be to our Heavenly Father!