What’s So Special About Mormons? 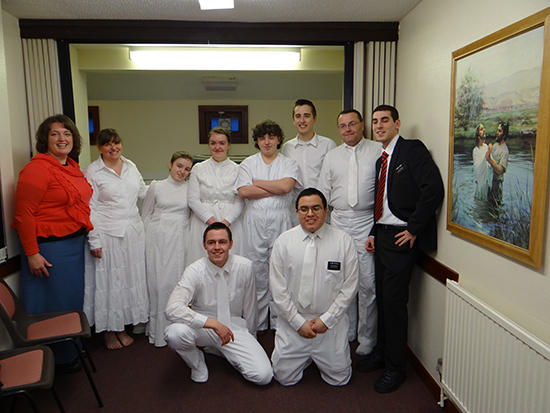 Let’s face it, there are things we do that other people just don’t understand. Whether we are fasting without food and water, following the Word of Wisdom, staying virtuous until marriage, or leaving our families to serve missions, we are definitely peculiar in the world’s eyes.

What The BBC Taught Me

I will never forget when the BBC camera crew, who came to film my family in 2009 said, “Nicholeen, we heard that in your church young people leave their families for two whole years to serve something greater than themselves. They serve missions.”

“Yes.” I said. “That is right. The young people in the church look forward to being good missionaries.”

With astonishment the BBC crew members said, “This is amazing! No one in England would ever leave their family and friends for two whole years like that. Do you think we could meet some of those missionaries, or introduce them to the youth we are going to bring to your home? They will never have met someone who has dedicated their lives to a greater purpose like that.”

Don’t worry, I told them that Mormons in England go on missions too.

This moment taught me how peculiar we really are. My whole life I had taken the idea of a mission for granted. In fact, my whole life revolves around the idea of mission actually. I remember as a young girl reading, “…thou wast chosen before thou wast born.” and knowing that that scripture was for me. I didn’t really know what I was chosen for at that time, but my heart knew I was chosen for something the Lord needed me to do.

For some time now I have realized that a mission isn’t a thing you do, or a place you go, it is a way you live your life. No matter what I am supposed to be doing in a day, I am aware that it is part of my mission, and it matters to God. So, each day I try to magnify who I am supposed to be; an instrument in His hands.

Once a person decides to allow their family to be on a television show, there are no more secrets. So, since at least 2009 our family has been living like an open book. We showed the world how Mormons lived and they were inspired. Our episode quickly became the most watched episode ever on the BBC. People contacted me like crazy via Facebook and email wanting to know more about the way I raise my children and about my religion. We met so many wonderful people, who are still dear friends today.

Over time the steady contact died down a bit. Then this past November, I got another email from a woman in England who had just seen our BBC show. She and I became friends instantly and started talking a lot about religion and parenting. I love missionary work and enjoyed the opportunity I had to talk to Abi each day over the computer.

By January first, Abi said her family had committed to getting baptized and she wanted Spencer, my husband, to baptize her. I knew we had to be there. So, my husband and I prayed for a way to make a trip to England doable. A miracle occurred which made it possible to afford the trip to England to see the Evans family be baptized, and also to see some friends we made because of the BBC show.

The ward mission leader in Abi’s ward arranged a free parenting workshop at the church for the whole community since we were coming over to their town. It was a great success. Members of the stake as well as members of other churches in the area, and government family service workers came to the LDS church on a snowy January night to have a free parenting workshop from “The World’s Strictest Parent.” The fact that many of these people walked through the doors of an LDS church was amazing- many of them had previously been taught that the LDS church is demonic.

The Spirit was strong. The people were unified. By the end of the night people didn’t want to leave. They stayed and socialized with each other. And, days later, some of these people from other faiths came to visit with us and ward members again. The group grew closer to each other and God on that snowy night.

On this amazing night I knew I needed to go back to England to help the families there learn self-government principles. The church members in England also felt that doing more teaching in England would be a good thing, and begged me to return. Miracle after miracle has occurred since then to impress upon my heart the importance of going back to teach in England.

So, in September, I am taking a leap of faith. Even though it is the worst time for my family schedule, I am taking my whole family to England for one month to help free families from emotional bondage and teach them effective communication skills so that they will not lose their children to sin; which is becoming increasingly more common.

I have met with the LDS church to plan for this mini family service mission we are choosing to do. And plans are starting to be made. I am still pinching myself from time to time to make sure I am okay. “Nicholeen, are you sure you want to do this? I ask myself.”

But, the answer is always the same. Want has nothing to do with it. It is a duty. My Heavenly Father has given me everything. He has made me, and taught me all the truth I have through the gift of the Holy Ghost. I have promised Him that will always take the name of Christ upon me. This means that I only need to want what He wants and then I know I am making the right choice.

A Leap Of Faith

We don’t know how this trip is going to be financially possible yet.

We know we are doing the right thing, and that the Lord is helping us.  But, we don’t know how the blessings will come yet.

We need help. We don’t have the $20,000 to make this teaching trip a possibility yet. To help us fulfill this mission or to get more details click here.

Video about what we are doing in England.

Yes, Mormons are a peculiar people. We are the kind of people who believe in miracles, and who would drop what we are doing to save a family from ruin. We visit each other and look after each other even if we are half a world apart. The way I see it, Mormons are special because they are rare. Even though our numbers are increasing all the time, we are a rare kind of people who are dedicated to giving light to all the world, and no cost is too great. I love being part of The Church of Jesus Christ of Latter Day Saints. The truth and purpose the gospel brings my life blesses me so much. And, I love teaching people true principles about parenting so that they can have happy families. If families are full of the Spirit of love then they will be ready to receive Christ when he comes again.

Help Me Teach Self Government In England

I remember watching this show in South Africa and enjoying a feeling of pleasure at the world seeing us as we really are. It's great to know what good that show has brought about. It is not possible to help financially but my prayers will certainly be with you.

Gramajane, Thank you so much for your generosity. Each little bit helps so much with this mission. I wish you could have seen the light in the eyes of the people on that snowy night in England. It is a feeling that drives me to help more. Truth was felt and lives were changed. I will write about what happens after the trip so that you know the whole story. Warmly, Nicholeen