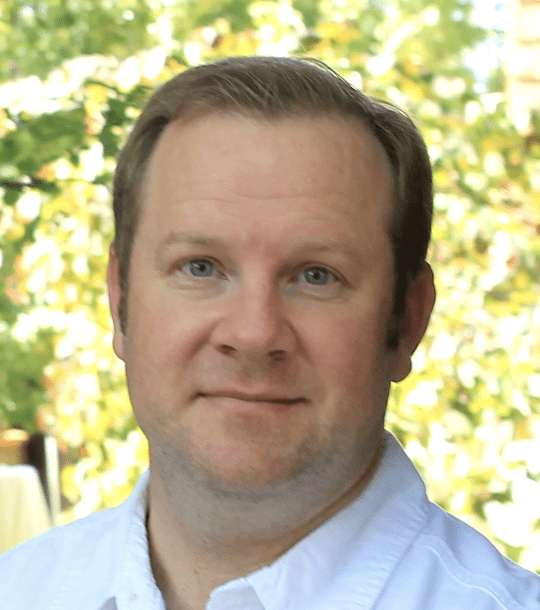 Seven Reasons Why the Mormon Faith Is Not a Cult

In the common lexicon of the past few decades, the word “cult” has conjured up images of fiery leaders and fanatical adherents indulging in all manner of religious excesses that often end in death. When we hear of cults, we think of Texas compounds burning, mass murders within Charles Manson’s “family,” and suicides in Marshall Applewhite’s Heaven’s Gate. Cults are generally thought of as bizarre, isolationist, anti-government, fundamentalist, controlling, and on the extreme fringes of society.

Sociologists once used the term “cult” to refer to small and distinctive religious movements such as the Amish or Mennonites, but since then, the word has become so politicized that they generally avoid its use in academic discourse. The term today has such negative connotations that it has become a universal insult designed to discredit any group it might be hurled at.

It is little wonder then, that Mormons find being labeled as a cult particularly irksome, perhaps more irksome than any other label imaginable. Thankfully, an increasing number of citizens across the United States, once they become more familiar with the Mormon faith, recognize that the moniker of cult is unreasonable and unfair.

However, many others, from the BBC’s This World to Pastor Robert Jeffress to Real Time with Bill Maher, have leveled the convenient (and politically savvy) epithet at the Mormons. The cry of cult has only accelerated in some quarters since Mitt Romney won the Republican presidential nomination.

Because of past violent persecutions against them, Mormons can certainly get a little defensive when criticized. Greater public scrutiny can be an opportunity for Mormons to humbly look inward and find ways to improve. Critical self-analysis that leads to improvement is a religious tenet within the Mormon faith, a tenet we would all do better to live by. However, the smack-down of “cult” is hardly constructive criticism. And besides, it is simply not accurate.

The following seven reasons explain why Mormons are particularly anti-cultish:

First, Mormons believe in integration. They not only have a religious obligation to mix and mingle with the world, they generally seem to appreciate the opportunity. They go to public schools, work in public corporations, and are encouraged to become involved in their communities. “I know cults. I have studied them and taught about them for a long time,” says Richard Mouw, president of Fuller Theological Seminary, an evangelical school in Pasadena, California. “Religious cults are very much us-versus-them. Their adherents are taught to think that they are the only ones who benefit from divine approval. They don’t like to engage in serious, respectful give-and-take dialogue” as do the Mormons, Mouw says.

Certainly there are Mormons who would rather isolate themselves altogether because of various social evils, but this is in spite of, not because of, recent counsel by a Church president: “We must not become disagreeable as we talk of doctrinal differences. There is no place for acrimony. . . . We can respect other religions, and must do so. We must recognize the great good they accomplish. We must teach our children to be tolerant and friendly toward those not of our faith.” This hardly sounds like the ravings of a cult leader.

Second, the Mormon religion admonishes adherents to stay well-balanced by seeking out secular knowledge. Mormons study anthropology, physics, music and dance, evolutionary biology, astronomy, psychology, quantum mechanics, and a host of other fields in the liberal arts and sciences. They earn more PhDs or similar degrees per capita than the greater population. And, strangely enough, the more education they obtain the more devout and active in their faith they tend to be. That’s a total anomaly in socio-religious trends. It reveals the enthusiasm Mormons tend to have for discovering truth in widely divergent intellectual traditions.

Cults do not “promote the kind of scholarship that works alongside others in pursuing the truth,” Mouw says. Mormons have many “professors who’ve earned doctorates from some of the best universities in the world. Several of the top leaders of The Church of Jesus Christ of Latter-day Saints have PhDs from Ivy League schools.” He continues, “These folks talk admiringly of the evangelical Billy Graham and the Catholic Mother Teresa, and they enjoy reading the evangelical C.S. Lewis and Father Henri Nouwen, a Catholic. That is not the kind of thing you run into in anti-Christian cults.”

Third, Mormonism has 14.4 million members in well over a 150 countries, resulting in tens of thousands of ethnically and culturally diverse congregations worldwide. Scholars in religious studies today are arguing whether Mormonism should be considered the next world religion, not whether it is some parochial oddity.

Fourth, the Mormon faith maintains a politically neutral stance. As a result, Mormons often vary widely in political opinion. There are conservative Mormons, moderate Mormons, and progressive Mormons; some cheer for Mitt Romney and others for Harry Reid. While in America a strong majority of Mormons are conservative, European Mormons are often proudly socialistic who point to Mormonism’s “brother’s keeper” mentality as naturally aligning with their own political ideology.

CHECKS AND BALANCES OF POWER

Fifth, Mormonism’s organizational structure places elaborate checks and balances on its leaders to guard against abuses of power. “We have learned by sad experience,” said Joseph Smith, “that it is the nature and disposition of almost all men, as soon as they get a little authority, as they suppose, that they will immediately begin” to exercise various abuses of power. In reaction to this male egoistic tendency, Mormons have redefined the traditional meaning of the word “priesthood” to mean something that operates in a service-oriented or cooperative paradigm; in fact, “leadership” is not a very accurate term to describe Mormon priesthood. Bishops are selected and appointed from among the members of their local congregation, and most bishops I know have accepted the call to serve with a certain amount of trepidation. There are no particular honors involved, and they work completely without pay. Plenty of heavy responsibility and long hours of volunteer service is just about their only consolation.

Along with this, leaders are not to act unilaterally; members sustain them by vote, and they are placed in councils and are expected to act only after consensus is reached. This practice of conferring in councils is designed to guard against extremism and other ill-advised, cultish enterprises. And when priesthood leaders finally do exercise authority, they are to act according to the Mormon scripture “No power or influence can or ought to be maintained by virtue of the priesthood, only by persuasion, by long-suffering, by gentleness and meekness, and by love unfeigned; by kindness, and pure knowledge, which shall greatly enlarge the soul without hypocrisy and without guile.” If they do not act thus, “Amen to the priesthood or authority of that man.”

Such checks and balances, along with the fact that there is zero venue in the Church for applying to or campaigning for leadership positions, ensure that leaders do not arise to power by the force of their charisma (which is of course a rather anti-cultish way of running a church).  Despite all this, sometimes abuses do occur, and Mormon followers sometimes become disillusioned. It is not an easy thing to completely stamp out men behaving badly, but that fact hardly makes the Church a cult.

SUBJECT TO RULE OF LAW

Sixth, Mormons believe in the rule of law. Their twelfth Article of Faith states: “We believe in being subject to kings, presidents, rulers, and magistrates, in obeying, honoring, and sustaining the law.” The Articles of Faith further state that we worship “according to the dictates of our own conscience, and allow all men the same privilege, let them worship how, where, or what they may.” One of the most distinguishing features of cults is there rejection of governmental authority over their lives. In contrast, Mormons are generally very careful-uptight even-about playing by the rules.

The seventh and final point is that Mormons really are not as weird as they may at first appear. Much has been said about their secret magic underwear and their secret temple rituals. Yet wearing religious symbols as a reminder of one’s commitment is a common practice among all religions. Jews wear Yarmulkes and Christians wear crosses around their necks. The Mormon garment is essentially the same thing: a simple reminder of their devotion to God. (By the way, Mormons themselves never talk of the garment in terms of magical powers. Calling it magic underwear sounds just as silly to them as it does to you.) As to the temple ceremony being a great secret, all the world has access to all the same books that Mormons have that explain their temples. In fact, any non-Mormon who reads Temple and Cosmos by Hugh Nibley or Sacred Symbols by Alonzo Gaskill may come away understanding temple symbolism better than some Mormons.

Indeed, the Mormon temple ceremony employs such elaborate ancient symbols, dating back thousands of years, that the ritual may seem strange especially to Mormons themselves. That may seem an unreasonable claim, but think of it: Mormonism tends to be a very literal religion; when the Bible says God has a body, they take it literally and not metaphorically. Their weekly worship services are very Protestant in feel and approach: it’s all very straighfoward, understandable, pedestrian, and literal. Suddenly, a Mormon at nineteen or twenty-one years old goes to the temple for the first time, and they are blindsided by a massive symbolic liturgy, one that seems to have little relevance to present-day ways of thinking. It can be unsettling and bewildering at first, even to an insider. So Mormons themselves often join with others in admitting that the temple is peculiar, especially to our postmodern sensibilities.

But if we can get past the ancient and the unfamiliar, we learn that the temple points, simply and elegantly, again and again, to a common theme-Jesus Christ and his final passion and crucifixion. The ritualistic periphery in Mormonism that has people thinking Mormons are cultish is all secondary to this Christ-centered core-a core belief shared by Protestants and Catholics alike. Mormonism’s founding leader explained it well: “The fundamental principles of our religion,” he said, “is Jesus Christ, that He died, was buried, and rose again the third day, and ascended into heaven; and all other things which pertain to our religion are only appendages to it.”

James T. Summerhays is an editor with the journal BYU Studies Quarterly.