School is in! Time to Begin! | Meridian Magazine

School is in! Time to Begin!

Now that school’s back in session it’s time to get back into learning, listening and doing well in school. Here are several books about school as well as the upcoming Presidential election. The last book is a short chapter book about the attacks of September 11, 2001 due to the upcoming eleventh anniversary of those tragic events. The first four books are picture books geared for ages four through seven. The rest of the books are best suited for ages eight through twelve. 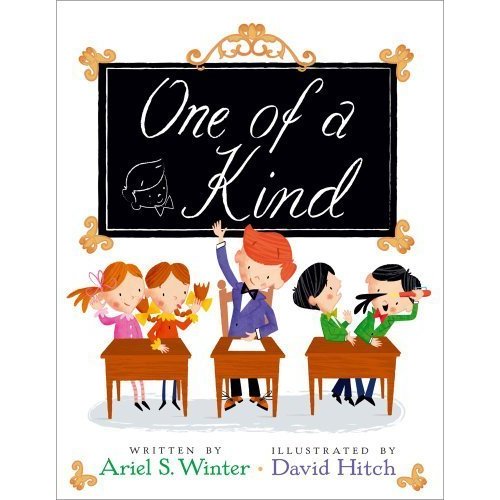 One of a Kind, by Ariel S. Winter, and illustrated by David Hitch, is a clever story that celebrates the uniqueness and greatness of individuality. In a school full of twins and triplets, Lysander is just one boy. So he tries to fit in by doing many different things such as making photocopies of himself. But he soon discovers that just being himself may be what every other student wants as well. The pictures are bright and colorful portraying the school and the children with charm.

Marco Goes to School, by Roz Chast, has the little red bird, Marco, being bored at home. But his mom sends him to school where he will learn so many things. But Marco, with his creative and active imagination, soon begins to daydream at school and decides to reach the moon. He doesn’t make it to the moon, but at the end of the day, he does make a new friend. Chast’s watercolor and ink details are a nice combination that creates a fun experience for Marco.

Curious George: Schoolhouse Fun, created by Margret and H. A. Rey, is an ingenious kit that folds out into a school with an outside playground and an inside classroom. Included inside the kit are 6 punch-out figures to place in the school grounds. Also included are three books with Curious George: “Color Fun”, “Shapes” and “Numbers”.

I Love School: It’s a Small World, by Calliope Glass, and illustrated by Caroline LaVelle Egan and Winnie Ho, will take youngsters from one end of the world to another and help them learn about different schools in different countries. This small book features China, South Africa, the USA and Italy. The art is based on the art in Disney’s Small World attraction. 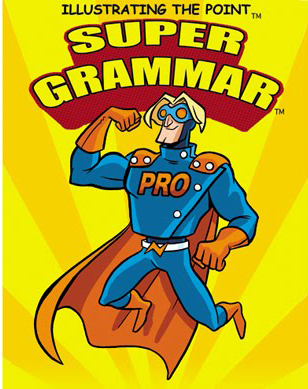 Super Grammar: Learn Grammar with Superheroes!, by Tony Preciado, and illustrated with graphic cartoonish images by Rhode Montijo, has to be one of the best books to teach kids punctuation, parts of speech and much more. What better way to motivate and educate kids than using something they can relate with? The book is packed with information but instead of being boring and difficult to understand, it’s fun and easy to comprehend. So what are you waiting for? The Superheroes will surely save your kids much editing with this book on hand!

Amelia’s Back-to-School Survival Guide, by Marissa Moss, actually has two books compiled into this hardback book. The first one is “Vote 4 Amelia” which involves a political battle when the opponent begins to spread lies and Amelia must save her friend’s reputation. In the second book “Amelia’s Guide to Babysitting”, Amelia and her friend begin a babysitting service but find that this job is much harder than they thought. The book is written in the trademark journal style with hand-drawn pictures throughout. 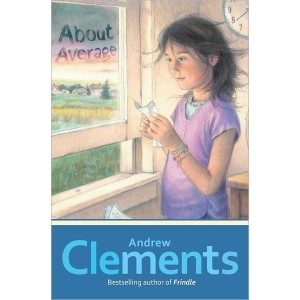 About Average, by Andrew Clements, and with drawings sprinkled throughout by Mark Elliott, showcases Jordan, a girl who feels very ordinary, unexceptional and completely average. However, she’s determined to find her exceptional talent and ability by the end of the school year. But what she discovers about herself, along with everyone else, will amaze and surprise her. Sometimes it takes an unknown predicament or challenge to overcome when we learn what kind of character we truly have. This book is way beyond average!

Henry Winkler and Lin Oliver have a new series that kids and teachers will like because of the way the protagonist handles the bully. Ghost Buddy: Zero to Hero has eleven-year-old Billy moving to a new neighborhood and new school. But if that’s not hard enough for him he also has found that his next door neighbor is mean, rude and a bully. Billy soon discovers that his new bedroom comes with a ghost who’s been stuck in there for a hundred years! However, this ghost befriends him and helps him deal peacefully with the bully. Before Billy realizes, he’s gaining confidence in his new surroundings. The second book, “Mind if I Read Your Mind?“, has recently been published. 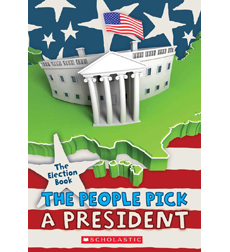 The Election Book: The People Pick a President, by Carolyn Jackson, is a compact paperback that briefly summarizes the election process helping 3rd graders and up to understand how our country selects a president.

The Kid Who Ran for President, by Dan Gutman, is a hilarious book that has recently been reissued just in time for this year’s Presidential election. It was originally published back in 1996 but it reads just as current today. Twelve-year-old Judson has decided to run for President of the United States. So along with his campaign manager they set out to get the required signatures and money donated. There is not only humor along the way, but much to learn about the entire process. Be sure to check out the sequel, “The Kid Who Became President”. Both would be terrific to read out-loud!

I Survived: The Attacks of September 11, 2001, by Lauren Tarshis, deals with one of the worst events in American history. This book helps inform children ages seven and up who need or want to know more facts about this horrible terrorist attack. It centers on New York City and begins with the first chapter at 8:46 a.m. The last chapters deal with why the author wrote the book, a time line of events and questions children might have along with brief answers.