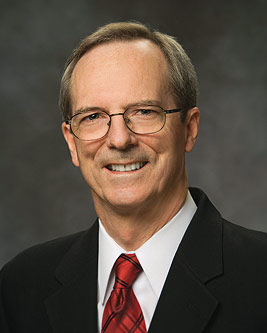 Elder Tad R. Callister of the Presidency of the Seventy of The Church of Jesus Christ of Latter-day Saints will be this year’s Brigham Young University Campus Education Week devotional speaker Tuesday, Aug. 14, at 11:10 a.m. in the Marriott Center.

The devotional will be broadcast live on the BYU Broadcasting channels and online at byub.org. Rebroadcast and archive information will be available at  byub.org/devotionals or speeches.byu.edu.

Elder Callister received a bachelor’s degree in accounting from BYU in 1968. He later attended UCLA Law School, graduating with a law degree in 1971. The following year, he earned a master’s degree in tax law from New York University. Prior to his call as a mission president, he was employed as a practicing attorney with the firm of Callister & Callister.