Welcome again to Meridian’s “Praiseworthy Media” column, where each week I try to search out worthwhile options in film, television, literature, the internet, the stage, and music. Two recent family films, Brave and Madagascar 3, are competing for your dollars at the multiplex. In my opinion, both are worth a watch. 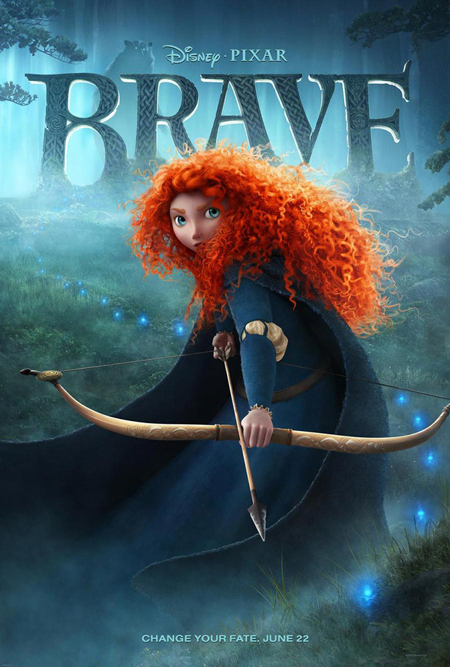 There is only one thing that keeps Brave, the new film from Disney-Pixar, from being a “grade-A” movie: it copies its main narrative device wholesale from another recent Disney movie (click here only if you want to know). This lack of originality distracts from Brave’s quality and bogs down its second act a bit, but the film is ultimately redeemed by taking its cue from that other film and doing it better, with stunning animation, a gorgeous musical score, excellent characters, rough-and-tumble Scottish humor, and an undeniably powerful emotional core (I’m not ashamed to say that I teared up towards the end). With Merida, the strong-willed tomboy princess, Pixar has finally given us a female lead character (as I displayed in my master’s thesis, they’ve portrayed women well, but females have never been front and center), and she was worth the wait. As voiced by actress Kelly Macdonald, she’s a fiesty firecracker with a very satisfying character arch. All of the vocal work is superb, in fact, especially by Billy Connoly and Emma Thompson as Merida’s royal parents. Though this is essentially a mother-daughter story (a surprising rarity in animated films), there are plenty of amusing male characters for boys and fathers to relate to. Brave’s got fun and heart for the whole family, more than enough to make up for its overly-familiar story.

CONTENT OVERVIEW: Disney-Pixar’s Brave is rated PG. It contains some fairly intense scenes of peril that could frighten children, comedic brawling and fisticuffs, and humorous animated rear nudity of adult males and toddlers. A heavyset female character is portrayed with ample cleavage, again for comedic effect. 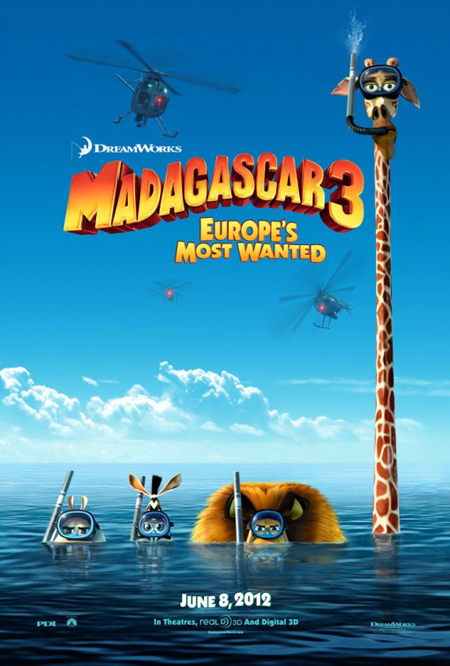 By this point, audiences know what they’re getting into with the Madagascar franchise; you either like the manic sugar-coated energy of the series or you don’t. I must admit that the filmmakers have been slowly converting me: I wasn’t overly-impressed with the first movie, but each successive film has actually improved on the one that came before it. This entry conveniently bypasses most of the second film’s story (Alex’s family? What?), getting our heroes out of Africa and into Europe with the type of economic storytelling that could only happen in an animated film. Once there, Madagascar 3 successfully unleashes humor (alternating between cleverly witty and randomly bizarre) at a breakneck pace. A tremendous vocal cast and flashy animation (including a brilliantly zany chase scene in Monte Carlo) cover up the lightweight storytelling and the screenplay’s disregard for narrative logic. If you enjoyed the other Madagascar movies, this one is even better; if you didn’t, it’s unlikely that the third time will be the charm.

CONTENT OVERVIEW: Madagascar 3: Europe’s Most Wanted is rated PG. It is filled with lighthearted slapstick violence and peril. There is brief mention of a nude circus and a Russian character exclaims “That’s Bolshevik! (substituting for “BS”).

MESSAGES TO DISCUSS: Sometimes loyalty means sticking together (Ruth 1:16). If we lie to and deceive others, healing and unity can come only through sincere repentance (3 Nephi 30:2).

For movie reviews, articles, and fun videos by this author, visit www.mormonmovieguy.com.