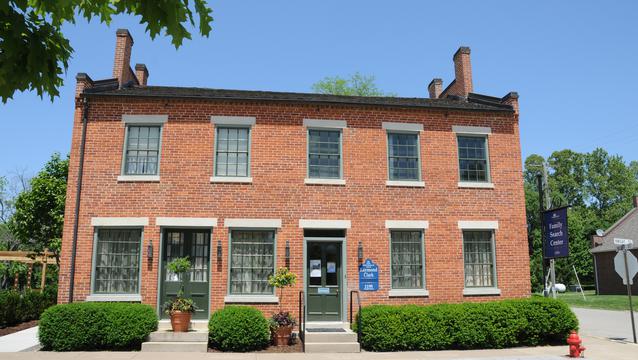 In the midst of sacred early history of The Church of Jesus Christ of Latter-day Saints (Mormons) the faith has opened its newest Family History Center in a historic building in Nauvoo, Illinois.

The historic Clark Store, at the corner of Knight and Bluff streets, has been restored and modified to house the new center which is adjacent to the Church’s Nauvoo temple.

The Clark Store was built by Raymond and Louisa Clark in 1844. Early converts to the Church, the couple built the two-story brick home and used the top floor as their home. The rest was used as a mercantile store, offering extra income for the Clark family and providing another shopping opportunity for residents on the Nauvoo bluff.

The Clarks sold the home and store in 1846 and left never to see “Nauvoo, the Beautiful” again. For a number of years, the building was used as a hotel and a boarding house but then it was abandoned. The Church purchased the property in the 1970s and carefully preserved it. Since then the home has been used as a house, visitors’ center for the Nauvoo temple and now as the Family History Center.