Who's Your Heart Throb? | Meridian Magazine 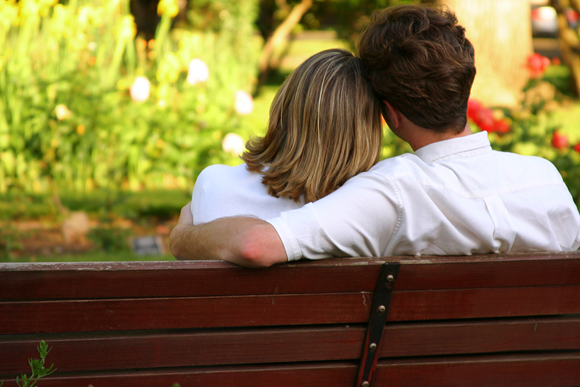 I recently received a jury summons. It’s another whole story, but in the course of the jury selection process I was seated in the Pool of the Un-chosen for a day and watched, with 75 other citizens, as the attorneys asked randomly selected prospective jurors questions that would help them stack the jury in favor of their client.

One of the attorneys represented the defendant, a man accused of growing and selling marijuana.  The lawyer obviously wanted to ask questions that would help him find the recreational pot smokers who didn’t think selling marijuana was all that big of a deal. He also wanted to see who watched TV cop shows and might be overly sympathetic to the arresting officer.

And so he asked the jurors about their experience using marijuana.  Next he asked about the TV shows they watched. And three different women admitted to regularly watching NCIS.  This is not terribly remarkable until the attorney asked them why.  And it wasn’t because of the legal intrigue, the plot, or the writing.  Every one of them giggled and confessed it was because they liked watching one of the stars, Michael Weatherly.

It was all I could do not to jump up and shout, “Are you kidding me? You don’t even know him! And you’re old enough to be his mother! And every one of you are married!” Would a man have confessed that he watches a cop show because of a certain sexy female cop? Would he not have cringed with embarrassment to be so shallow? And are you telling me that, if I were accused of a crime, these are the ninnies who would be deciding my fate?

I desperately wanted to get onto that jury if only to balance the scales and insert some logic and reason into the deliberations.  But it was not to be. Though selected, I was promptly dismissed after the defendant overheard me during a break in the hallway, telling another juror I was LDS.

So our judicial system rolled forth with at least three people on the jury, for whom a handsome celebrity held tremendous interest.  And I have girlfriends, some LDS and some not, who admit to having crushes on various rock stars, athletes, and actors. One of my friends swoons over George Clooney and Brad Pitt, and should she see a movie starring both of them, would be very likely to drool into her popcorn.  I know another woman, married and LDS, who has occasion to call the paramedics and always reports how handsome they are and what fun it was to ogle them.  A third friend watches a certain basketball team religiously, not because she cares about the sport, but because she enjoys staring at a particular good-looking player.

On occasion I remind these women that they’re married, and invariably they bluster, “But it’s okay to look!“

Really? Would you feel the same way about your husband “just looking?” I am here to deliver the opinion that it is most decidedly not okay to look. It is a betrayal of trust, a break from your marriage vows, and a cheap and tawdry excuse for a wandering eye. It’s also dangerous. Actions follow thoughts and indulging in fantasies about someone other than your spouse is playing with fire.

I recently read an article about women who regularly gather in Twilight movie fan clubs unrelated to the book or its author, clubs in which all the women do is nearly faint over the handsome stars of the Twilight movies.  Mind you, these stars are boys young enough to still be using acne cream, and for whom not one of these middle-aged women would have a shred of appeal.  I saw some of them interviewed on television and every one of these gals seemed unproductive and unmotivated to do anything but obsess over their unattainable heart throbs.

It reminded me of a concert I attended with my daughter, who wanted to see some of the American Idols, in which we sat next to a creepy girl who honestly felt she could be close friends with Clay Aiken and that they would truly have a special bond, and another one who brought a bag of Kelly Clarkson’s favorite snacks, convinced this girl would eat items from a complete stranger.  Both had lost their grasp on reality, and, by the way,that is one of the qualifications for being diagnosed as psychotic.

You do know that this over-the-top fanatic behavior is why William Shatner wrote the book, “Get a Life,” hoping Trekkies would end their nonsensical fixation with a character he merely played as an actor. In defending his choice not to attend their conventions, he said, “I didn’t want anything to do with a group of obsessives who paid to get together to talk incessantly about a TV show that had been cancelled.”

But at least the Trekkies were not (I hope) seriously believing a romance could spring into being if only they could meet the targets of their adoration.  Unfortunately, too many women indulge in such thoughts about favorite movie and TV stars.  They do the same thing with romance novels, escaping the everyday drudgery of their real marriage and picturing themselves in the arms of a dashing cover drawing with rippling muscles and wavy hair.

And, if pressed to admit reality, most of them would be able to say, “Okay, I do realize this is a fictional bodice-ripper book character.” Or, “I do know that those paramedics aren’t actually looking back at me.” But it’s still a breach of trust, a break from the devotion you pledged when marrying, to entertain these passing fantasies.  You are still taking a little corner of your heart and giving it to someone else, still allowing a bit of titillation and arousal to center around someone other than your “one and only.”

We all know, by now-at least I hope we know-that pornography is a form of infidelity, a terrible indulgence in intimacy with someone other than your legal partner.  Giving oneself permission to ogle or flirt is just pornography sideways, not a bit more noble or excusable.  And whether it’s by getting swept away thinking about a literary romance hero, or by watching a suave leading man in a film and picturing yourself as his sweetheart, you are on the wrong path leading straight into Satan’s cheering section.  The devil is winning, Christ is not.

I’ve been accused of exaggerating when I say this.  More than one person has labeled me a prude (it’s a frequent defensive response when you catch someone straying from the commandments, and they want to justify their behavior).  When I hosted a radio advice show a man called in to give me his brilliant analogy to breakfast cereal.  The way he put it is that you don’t want Cheerios every day, sometimes you’d like to try Froot Loops.  And just looking at other women than his wife was enough of a thrill for him, and broke up the monotony.

And, I pointed out, it would break up the monogamy if he didn’t cut it out.

“You mean I can’t even look?” he gasped.

I could picture him as an ancient Israelite, his jaw dropping as Moses read off the Ten Commandments. “What?! I can’t even covet?”

This standard is vastly different than that of “the world.”  So are all the other directives from God. But laws don’t (or shouldn’t) bend to match society’s loosey goosey morals.  I told my radio caller that he needed to recommit to his wife and stop eying other women.  “But what if a gorgeous woman walks into the room? I’m not blind,” he argued.

“You’re also not stupid,” I said.  Actually, I wasn’t a hundred per cent sure of this, but continued anyway. “When you’re aware that someone attractive has entered the room, you make a conscious decision to look the other way.  You steel yourself and deliberately choose not to give that person a lingering glance.”  Like Joseph who fended off the advances of Potipher’s wife, you lose your cloak and run out of there rather than stay and risk temptation. If your wife were watching, would she be pleased to see you breaking your neck to stare at this other woman? Would you expect similar behavior from her if the tables were turned?

And, back to his flimsy cereal analogy, first of all, he did not make a pledge to Cheerios.  Second, if you can’t live without novelty you are somewhat of a Froot Loop yourself, and shouldn’t be getting married, period, to anybody.

If we want strong marriages (and hence a strong society) we have to get back on track. We have to see the celebrity crush as a tool of Satan’s to slowly chip away at the marriage covenant.  We have to stop thinking it’s okay to have “heart throbs.” Our heart throb should be our spouse.  Or, if you’re not yet married, your future spouse.  Grow up and take down the teeny bopper posters in your brain, of some actor you don’t even know. Hang a mental poster (or an actual one-how cool would that be?) of your real-life sweetheart, in your bedroom or workplace.

And if your marriage has lost its sizzle and needs some excitement, take responsibility and be more romantic. Be the dream girl or dream boy your spouse thought they were getting.  Stop living in a fantasy land where you don’t have to make any sacrifices or personal improvements, and where the object of your desire doesn’t even know you’re alive. It’s childish, reckless, and ultimately unfulfilling.  Once again, the gospel way-faithfulness, charity, and reality-are the keys to ultimate marital joy. That’s the recipe for the cherished feeling women want and the admiration men want. You might even make the wonderful discovery that your spouse has a heart throb, and it’s you.