An Intimate Glimpse into How a Prophet Prays | Meridian Magazine 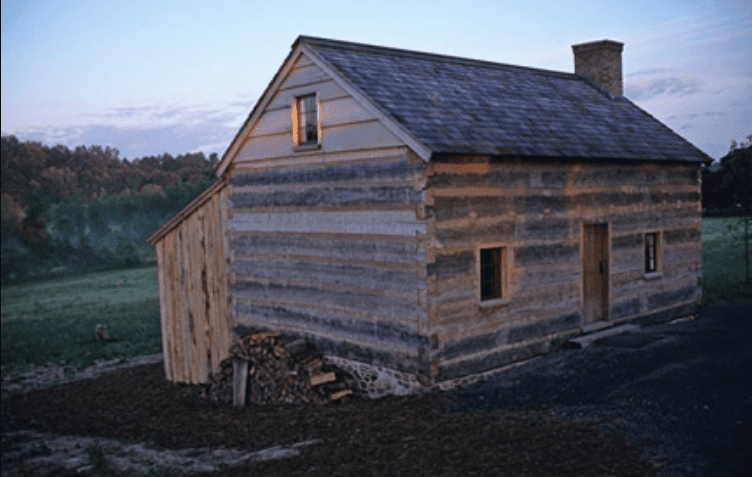 An Intimate Glimpse into How a Prophet Prays

In some ways, prayer is a most natural thing, the deepest yearnings of our heart cast toward God who is our home. Yet in other ways, we know that too often we are unsure, repetitive, awkward when we pray with a dull sense that nobody is listening. We can identify with Christ’s disciples who pled, “Lord, teach us to pray” (Luke 11:1).

What can be more important to learn?

That’s why I love the description Oliver Cowdery wrote about the night 17-year-old Joseph Smith prayed and received the visit from the Angel Moroni. Oliver’s description is clearly based on information that Joseph told him and sheds additional insight into this prayer that burst the heavens. What can we learn from Joseph Smith about prayer from this significant occasion?

This is what Oliver wrote:

On the evening of the 21st of September, 1823, previous to retiring to rest, our brother’s mind was unusually wrought up on the subject which had so long agitated his mind-his heart was drawn out in fervent prayer, and his whole soul was so lost to every thing of a temporal nature, that earth, to him had lost its charms, and all he desired was to be prepared in heart to commune with some kind messenger who could communicate to him the desired information of his acceptance with God.

Here is the scene. Joseph is not alone in his bedroom, but sleeping with his brothers. This night the turmoil in his soul regarding his standing with God has culminated in a willingness to invest in prayer with more intensity. The scriptures describe this kind of prayer as praying “with all energy of heart” (Moro. 7:48). His entire soul is focused on this communication. Everyone in his family has retired to bed. The noise has gradually died, sounds drifting away until it is quiet, yet he cannot sleep for the energy he brings in rapt desire to talk to God and receive an answer.

We want to invest our entire hearts in our prayers, yet, too often, we are half-hearted creatures in prayer, easily distracted. As C.S. Lewis said, We are “making mud pies in a slum because [we] cannot imagine what is meant by the offer of a holiday at the sea.” We have been taken up with trivialities, transfixed by the mundane. Too often our imagination and sensibilities cannot begin to penetrate the divine and holy and we lack the will or discipline to pray with all energy of heart.

This night Joseph was not sleepy but fired with a desire to talk to God. This desire is on a different level than most of us muster. All the clamor that humans have in their mind, the demands upon them, the chores that weigh them to weariness have fled from him.

His heart (not just his mind) “was drawn out in fervent prayer, and his whole soul was so lost to every thing of a temporal nature, that earth, to him had lost its charms.” In the Millennial Star, that word “charms” is changed to “claims.”

Earth and its duties have so many claims on us, it is difficult to move our souls toward heaven. We are tied by a thousand silken threads to the demands of our lives. This night those claims disappeared for Joseph and he only cared about knowing his standing with God. Urgency of the heart has a marvelous ability to focus the mind.

At length the family retired and he, as usual, bent his way, though in silence, where others might have rested their weary frames locked fast in sleep’s embrace,’ but repose had fled and accustomed slumber had spread her refreshing hand over others beside him-he continued still to pray-his heart though once hard and obdurate, was softened, and that mind which had often flitted, like the “wild bird of passage,” had settled upon a determined basis not to be decoyed or driven from its purpose.

I have always liked this description of a mind flitting about like a “wild bird of passage”. One summer day the window was open to our study and a bird flew in and then panicked when it couldn’t find its way back out. It flew in a frenzy from one corner of the room to the other, increasing in aimless speed as its terror mounted.

Our minds with their flurry of ideas are sometimes hard to settle in prayer. We mean to talk to God, but suddenly we find our mind caught up with some chore we have to do that day or some imagined urgency that comes fluttering through our brain. The ancient soul we are is bound on earth, and we cannot even think of what to say to God. Or we are not convinced he is listening. Our minds can become filled with practicalities or just simply the desire to jump into bed. We mumble what we have mumbled the night before.

The focused prayer we meant to have is taken up instead with what we have to do next.

This idea that Joseph determined not to be decoyed or driven from his purpose is a vital one for us. Our determination and desires mark our prayers.

It is noteworthy, too, that his heart was “softened”. Clearly as he prayed, the Spirit came upon him. Paul taught us, “Likewise the Spirit also helpeth our infirmities: for we know not what we should pray for as we ought: but the Spirit itself maketh intercession for us with sighings which cannot be uttered” (Rom. 8:26).

Joseph Smith made an important change in that verse, saying “The Spirit maketh intercession for us with striving which cannot be expressed.“

We ask for the Spirit to teach us what to pray for. We seek to have our understanding expanded and our sensibilities enlarged because the Spirit is working with the mortal person we are, the citizen of a fallen world, and lifting us to see and feel more.

With the Spirit upon us, the self that is caught up in earth and its superficialities is suddenly opened to comprehend and understand. You can feel the shift in your soul as the Spirit begins to expand the way you see.

It might be well to ask at the beginning of our prayers for the Spirit to help our infirmities and to teach us what to pray for.

It may be that the full confidence came not before he started to pray or sometime earlier in the day, but it was a dawning realization as he began his prayer and the Spirit came upon him. The Spirit taught him what to hope for and what to expect.

In this situation hours passed unnumbered-how many or how few I know not, neither is he able to inform me, but supposes it must have been eleven or twelve, and perhaps later as the noise and bustle of the family, in retiring, had long since ceased.

While continuing in prayer for a manifestation in some way that his sins were forgiven, endeavouring to exercise faith in the scriptures, on a sudden a light like that of day, only of a purer and far more glorious appearance and brightness, burst into the room. Indeed to use his own description, the first sight was as though the house was filled with consuming and unquenchable fire. This sudden appearance of a light so bright, as most naturally be expected, occasioned a shock or sensation, visible to the extremities of the body. It was, however, followed with a calmness and serenity of mind, and an overwhelming rapture of joy that surpassed understanding, and in a moment a personage stood before him.

Hours passed. That suggests the nature of Joseph’s desires. They were intense and devoted. We don’t always, of course, have opportunity to pray for hours, but sometimes we can, when that heavenly communication is critical. At least, we can give our prime time to our prayers instead of when we are too tired to think or too hurried to linger. We can give better than a three minute mumble. We can seek our Father as our dearest and most devoted friend and give him our time. We can talk to him all day in our minds. We can kneel before him and pour out our hearts.

Not too many of us could be charged with over praying. We under pray. We cut our privileges short. We stay on the margins. We skirt along the seashore instead of jumping in. Too often in prayer we are the uncommitted and the casual, and then are surprised when our spiritual life is thin.

We see from Joseph’s description, however, that the richness of our prayers comes from the intensity of our yearning. If our desires to know God are not keen enough, we can begin there and pray for desire. He has told us to “seek and ye shall find”. We are not praying to an ever retreating God, who is difficult to find. He wants us to find him. When the chasm seems big between ourselves and the Lord, we are the ones who need to move, and Joseph Smith shows us how.

I had to put the url into a different browser before I could see the entire article.

That's not the whole article. Try reloading the page.