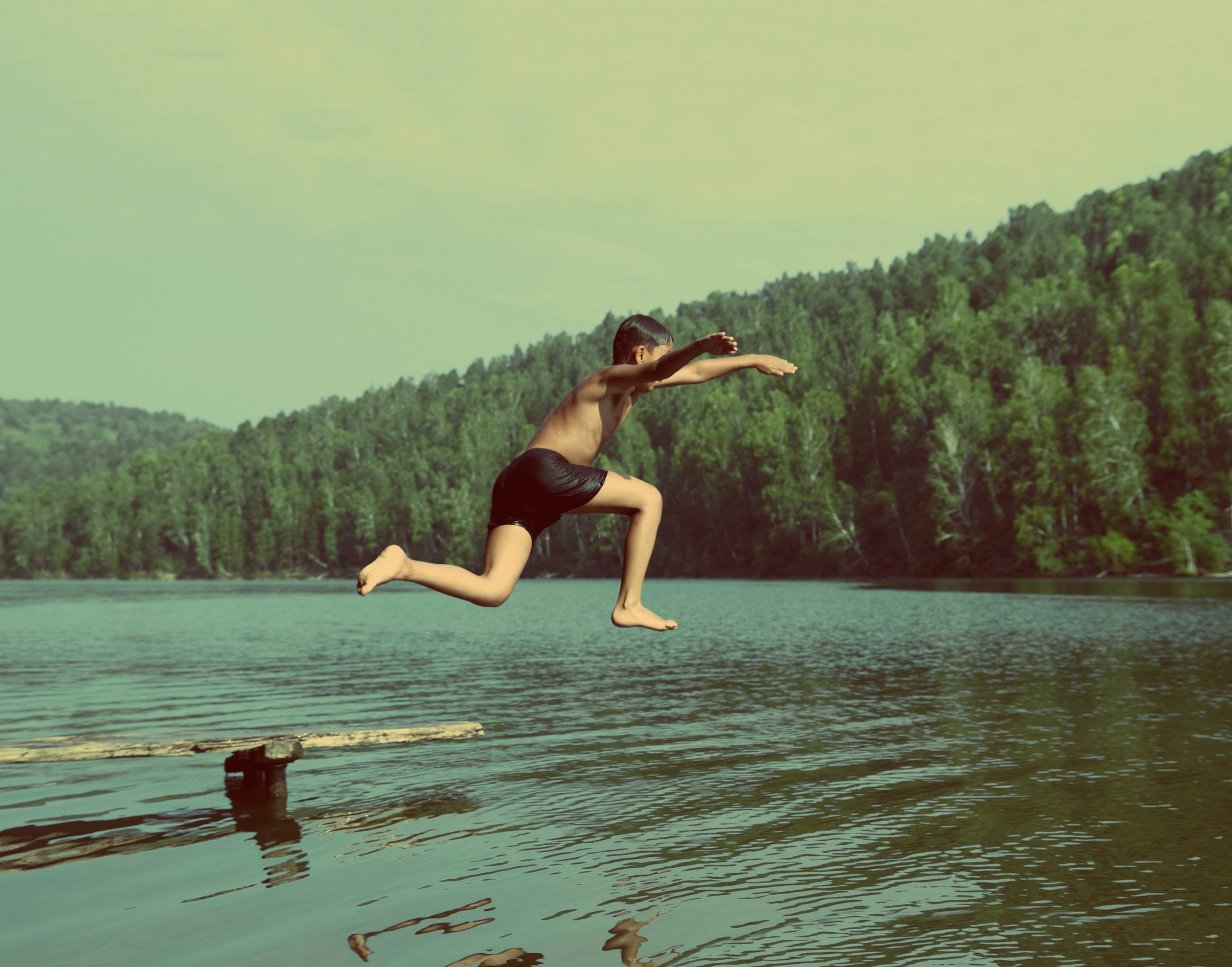 February is scout month, and that always brings back lots of memories of my years as scoutmaster to 18 boys. When I became scoutmaster, I promised the boys I would work with them on any good thing that they wanted to do. They soon learned, however, that there were things I wasn’t fond of. Swimming was one of them.

When I had to complete the scoutmaster swim certification, I thought I was going to drown, and so did the boys. That was why we hadn’t even arrived at scout camp before Gordy started teasing me about passing the swim check.

“Are you even going to try?” he asked me as we neared the camp.

“We only have one week up here,” Gordy said. “Don’t you need something like six months just to get in shape?”

“Ha, ha,” I replied. “Maybe I will pass mine off before you do yours.”

I knew Gordy disliked swimming more than any other boy in our troop, so it seemed crazy that he was the one teasing me.

“Actually, I don’t even plan to do my swim check,” Gordy said.

“But I thought you wanted to work on the canoeing merit badge,” I replied. “You have to pass your swim check before you can do anything else on the lake.”

“I’m paying Seth to do my swim check for me,” he said.

“No one else is going to do your swim for you,” I replied. “First, it isn’t honest, and second, you need to be able to prove that you can save yourself if something happens.”

I started trying to speak to Seth about it, but the boys reminded me that he was in the pickup his dad was driving. “Well, when we get to camp,” I told them, “remind me to talk to him.”

We arrived at scout camp just after six o’clock in the morning. The sun was just coming up as we started the arduous task of hauling all of our gear to our campsite. My boys preferred solitude, and we had reserved the campsite farthest away from everything.

By seven o’clock all of our gear was packed in. We would have to set up camp later because it was time for the swim check. We put on our swim suits and headed to the lake. Although it was July, the water flowing into the lake from melting snow still had a glimmer of ice along the edge. The thought of jumping in stole my breath away even before I took the plunge.

“We’ll try again later,” I said, trying to encourage him.

We went and set up camp, and, after we were rested, I turned to Gordy. “Let’s go give that swim check another try.”

Gordy groaned. “Why can’t I just have Seth do it for me?”

“Because you will feel so much better doing it honestly,” I replied.

“Not likely,” he growled.

We headed down to the lake, and all of the other boys followed to cheer us on — or more likely to make fun of us. We approached the board containing our swim tags, and I couldn’t find mine. I hunted and hunted for it, but it wasn’t there. Then one of the boys found it, not just on the swim check board, but on the swim expert board.

Just then, Seth’s dad walked up, rubbing his hair dry with a towel. “Hey, Daris,” he said. “I hope you don’t mind, but I wanted to swim, and since I didn’t have my physical on file, they wouldn’t let me. So I just told them I was you. They made me pass the swim check first, so you are all set.”

You didn't finish the story, hopefully you set the record straight and took your own swim test!