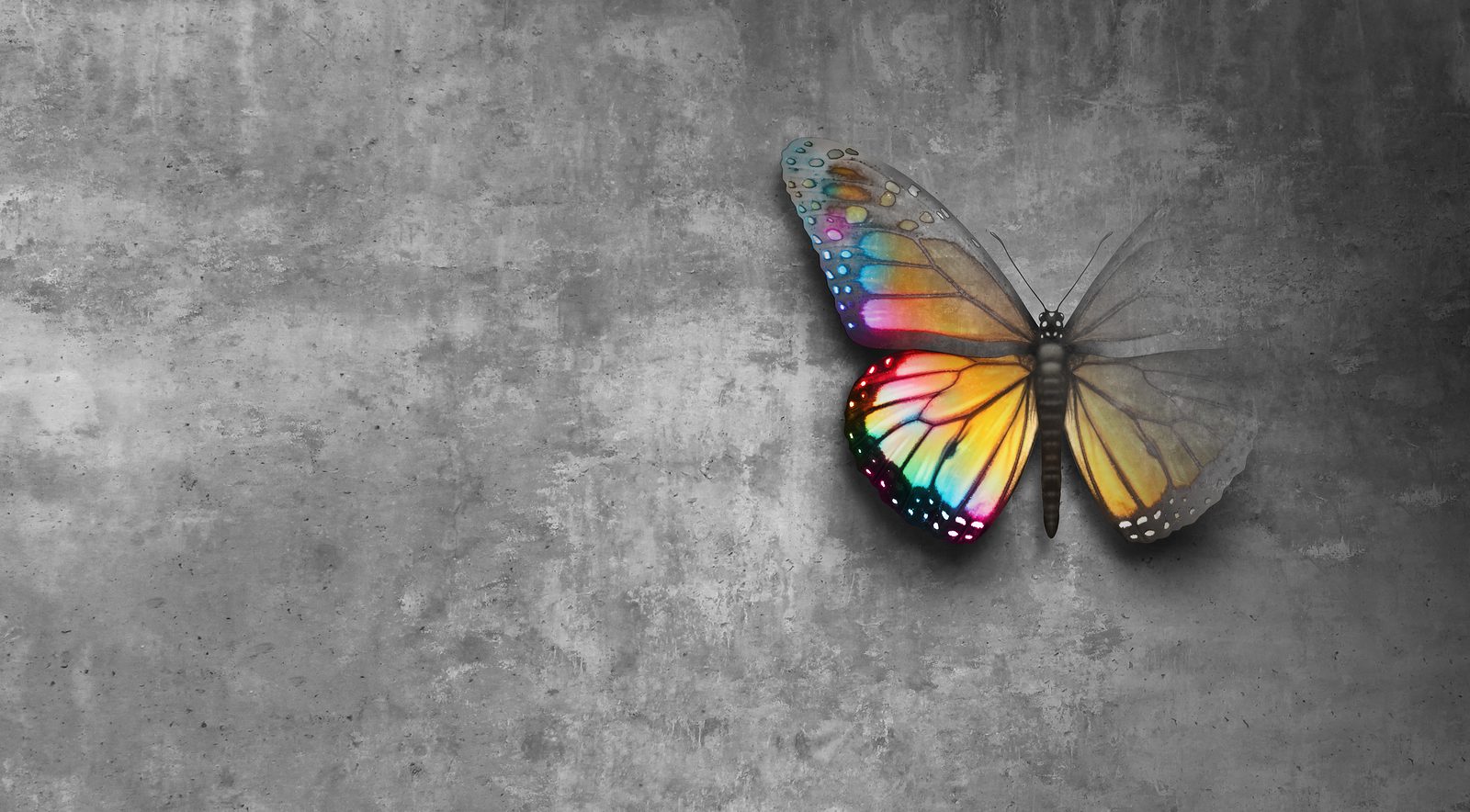 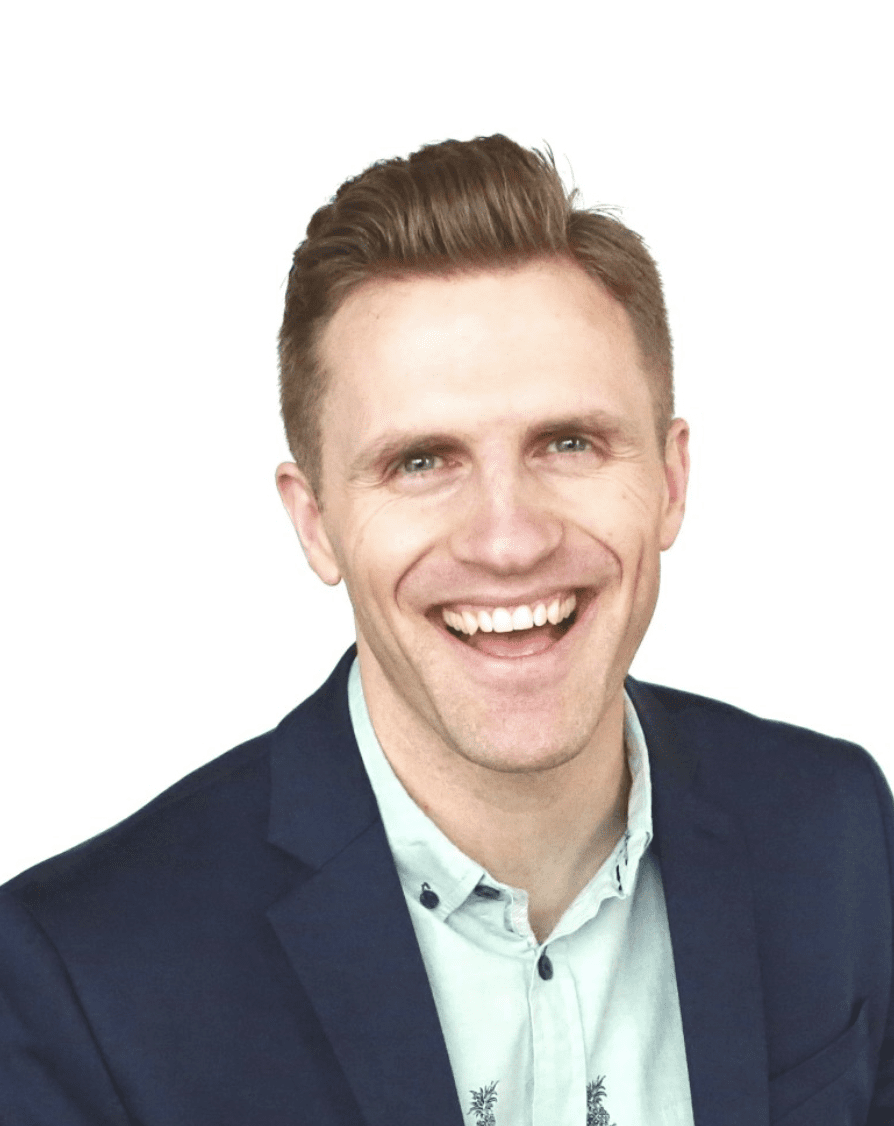 In this time where fear is more contagious than any infection, I really want to share some reasons to be hopeful for the present and the future. The reality is that there is more good than bad going on in the world, but our brains are programmed to protect us and we too easily default to catastrophic negative thinking if we don’t remind ourselves of reality and bring ourselves back to the present moment. I hope these things can help you remember that the world really isn’t coming to an end and that it really is going to be okay.

1. Hope is in Your Blood – Remember Your Elders

I have been thinking a lot of my Grandma Martha who recently passed away. I miss her, but I still feel her with me often. She was 100 before she passed and I think about all the things she went through in the last 100 years. How many doom and gloom headlines did she read through her lifetime? Here are a few she may have read:

All these headlines were shocking, but my Grandma still made it to 100 and she still lived her life fully amid all these terrible events that could have caused her to shudder with fear. Let’s remember our elders because they lived through all this, they were resilient. You can be resilient too. It’s literally in your blood.

2. The News is Negatively Biased – Remember the Good Stuff Too

If it bleeds, it leads. The business model of most news agencies is that reporters will attract attention if something is urgent or jarring or a potential threat. This attracts attention, and large amounts of attention can sell a lot of ad space. Ad space can be worth millions to these news agencies and so this creates a vicious cycle of biased reporting to sell ads and keep the news agencies financially supported. Some news agencies can do a good job to keep us informed, but they also make money off of our attention. You have to look harder to find the stories of the good things happening. So to offset all the negative headlines you have likely been reading, here is a list of good things happening, just around the Coronavirus situation in the last few weeks:

3. This is the Best Time in all History to be Alive

Okay so there is a global crisis going on. This is true. But if you zoom out a bit on all of history, you will find that this time, right now, is the best time to be alive. If you need a little evidence of this, go read the book Progress: 10 Reasons to Look Forward to the Future

Here are a few great things reported just in the last few years:

To believe that the world is getting worse and spiraling into chaos is completely unrealistic based on hard facts and real historical evidence. To be a pessimist is not to be a realist because the reality is truly much more optimistic. The world is NOT coming to an end.

4. Remember that You Create Self-Fulfilling Prophecies – Why Not Create a Good One?

We can help shape our own future. The Disney movie Tomorrowland is one of my all time favorite movies. It is the story of a world that is coming to an end not because it actually is going to end, but because too many people are afraid of it coming to an end and causing this to happen.

Gordon B. Hinckley talks about this phenomenon:

“We hear much talk of economic depression these days. Heaven forbid that we should ever slip again into the kind of monetary quagmire through which we struggled in the 1930s. Those were the days of the long soup lines, of suicides that came of discouragement, of a bleakness of life which few of you can understand. I hope and pray that such hard times will never come again. But I think it not impossible or even improbable if enough people, in the spirit of negativism and defeatism, talk about it and predict it. We are the creatures of our thinking. We can talk ourselves into defeat or we can talk ourselves into victory.” (italics added)

Remember this was said in 1974 and here we are in 2020. The world did not come to an end then, and it’s not going to come to an end now. And we as humans are resilient. We move through the hard times with brilliance and strength.

The human spirit will always be victorious.

I love this C.S. Lewis quote that he wrote during a time of war and discouragement in his country:

“If men had postponed the search for knowledge and beauty until they were secure, the search would never have begun. . . . Life has never been normal. . . . Humanity . . . wanted knowledge and beauty now, and would not wait for the suitable moment that never comes. . . . The insects have chosen a different line: they have sought first the material welfare and security of the hive. Men are different. They propound mathematical theorems in beleaguered cities, conduct metaphysical arguments in condemned cells, make jokes on scaffolds, discuss the last new poem while advancing to the walls of Quebec, and comb their hair at Thermopylae. This is not a panache; it is our nature. [“Learning in War-Time,” The Weight of Glory and Other Addresses (New York: Macmillan, 1980), pp. 21–22]

It is good to remember our inheritance as humans. Our race does not just give up easily. We overcome. We fight. We move forward and life gets better. It always has and it always will. This is the best time to be alive. One last long quote from the famous historian Will Durant:

“I will not subscribe to the depressing conclusion of Voltaire and Gibbon that history is ‘the record of the crimes and follies of mankind.’ Of course it is partly that, and contains a hundred million tragedies—but it is also the saving sanity of the average family, the labor and love of men and women bearing the stream of life over a thousand obstacles. It is the wisdom and courage of statesmen like Winston Churchill and Franklin Roosevelt, the latter dying exhausted but fulfilled; it is the undiscourageable effort of scientists and philosophers to understand the universe that envelops them; it is the patience and skill of artists and poets giving lasting form to transient beauty, or an illuminating clarity to subtle significance; it is the vision of prophets and saints challenging us to nobility.

On this turbulent and sullied river, hidden amid absurdity and suffering, there is a veritable City of God, in which the creative spirits of the past, by the miracles of memory and tradition, still live and work, carve and build and sing. Plato is there, playing philosophy with Socrates; Shakespeare is there, bringing new treasures every day; Keats is still listening to his nightingale, and Shelley is borne on the west wind; Nietzsche is there, raving and revealing; Christ is there, calling to us to come and share his bread. These and a thousand more, and the gifts they gave, are the Incredible Legacy of the race, the golden strain in the web of history. We need not close our eyes to the evils that challenge us—we should work undiscourageably to lessen them—but we may take strength from the achievements of the past; the splendor of our inheritance. (Heroes of History, pp.19-20)

5. Positive Emotion is Good for Your Health

Lastly, I want to remind you that when the brain is stressed and in threat mode, it can actually decrease the effectiveness of the body’s own natural immune response. Counter the stress response by getting out into nature (if you can) and taking a break from digital devices and the media (news or social media). Even without unsettling news, doctors have said that two hours in nature per week can drastically improve mental and physical health. From the New York Times:

“A wealth of research indicates that escaping to a neighborhood park, hiking through the woods, or spending a weekend by the lake can lower a person’s stress levels, decrease blood pressure and reduce the risk asthma, allergies, diabetes and cardiovascular disease, while boosting mental health and increasing life expectancy. Doctors around the world have begun prescribing time in nature as a way of improving their patients’ health.”

Vitamin D is good for immunity. If weather permits, get some sunshine. In addition to time in nature, boosting your body full of positive emotions will enhance your body’s immune response as well. One of the most cited positive psychology researchers, Dr. Barbara Fredrickson, has shown that positive emotions expand the capacity of the body and mind. This is based on her “broaden and build” theory of positive emotion. One of the easiest ways to increase positive emotion is to engage in Loving Kindness Meditation. This is an ancient Buddhist practice that has been studied by scientists for years. Engaging in Loving Kindness Meditation increases vagal tone, decreases migraines, decreases PTSD, slows biological aging, increases respiratory sinus arrhythmia (a good thing), and has a host of other psychological benefits. All these things will strengthen your immune response, which is the best defense we currently have against COVID-19. Want to try it? Here is a video that will guide you in a Loving Kindness Meditation.

Don’t give in. Fear is powerful, but hope is more powerful if you just make room for it. I hope this has given you some practical reasons for hope to encourage you to lift up your head and rejoice. I would also suggest lifting your head away from the news and pointing your head and your eyes and attention toward the beauty of the earth. Birds still sing. Plants still grow. Sunsets are still stunningly beautiful. Don’t be paralyzed by fear. Be renewed by peace and take advantage of the beauty of solitude. Make this time of social distancing and a time of refresh. A time to connect to the greatness within you. A time to find new purpose and meaning in your life.

Great article, although you did say the news media reports the negative to gain money - but then used other news agencies to site positive articles, so I would say they are making money off of the good, positive news as well.