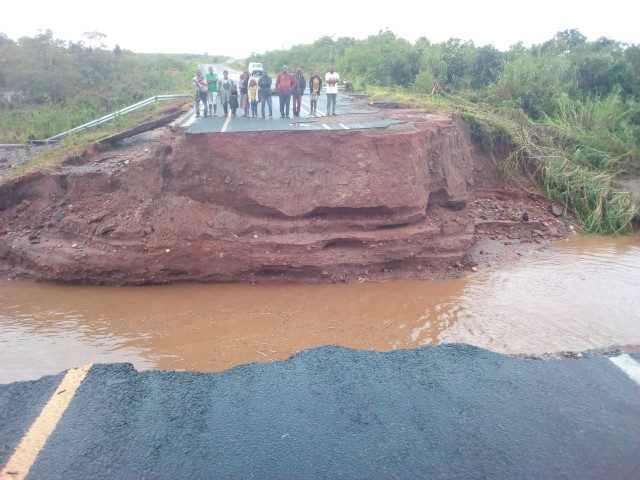 Despite their own personal struggles during hard economic times, members of The Church of Jesus Christ of Latter-day Saints in Zimbabwe generously donated a small mountain of supplies, bedding and food to those suffering from the devastating effects of Cyclone Idai. High winds and floods have spread wide destruction throughout Manicaland, the eastern province of this southeastern African nation. Earlier the gigantic storm (described as the worst storm in history) had done similar damage in neighboring Mozambique and Malawi.

The death toll is said to be in the hundreds with hundreds more missing. Stories of enormous suffering are starting to pour in as communications are re-established. The entire own of Chimanimani, as well as other villages (Mutambara, Chikukwa, Rusitu, and Chipenge) and many homes, have been completely swept out of existence by the raging floods.

Star FM, the number one radio station in Zimbabwe, offered to deliver the supplies over 400 kilometers to the stricken area.

Thursday afternoon, several church members, including six missionaries, gathered at the Highlands Chapel in Harare to load the vehicles. When they arrived at Star FM Radio they were startled to see several women emerge singing, dancing, clapping and ululating to welcome them. Slightly embarrassed at the unanticipated attention, the missionaries proceeded to unload the supplies.

Soon, Ms. Kudzai Violet Gwara, popular Star FM Radio presenter, began to interview the missionaries asking them who they were and why they had brought so many donations. They smiled and explained that they are missionaries of The Church of Jesus Christ of Latter-day Saints, and as disciples of the Saviour, they felt that one of the best ways to serve Him is to serve their fellow man. They expressed concern for the people in eastern Zimbabwe and Mozambique and hoped these few items would alleviate a bit of their suffering.

A few minutes later, the station general Manager, Mr. Comfort Mbofana, invited them to his office, asking them again who they were and what church they belonged to. They explained again the purpose of their visit and thanked Star FM for transporting the supplies to the people of Manicaland, Zimbabwe.

Photos were taken which later appeared on the radio station’s Twitter Handle along with the interviews. Interviews were also broadcast several times on air. As the missionaries were leaving, someone approached them and commented that other groups had brought in donations, but none had received the same level of attention. The missionaries replied that everyone wants to help and this great natural disaster seems to have united the Zimbabwean people to work together to serve others. They said, “Sometimes we forget our own troubles when we are helping others.”