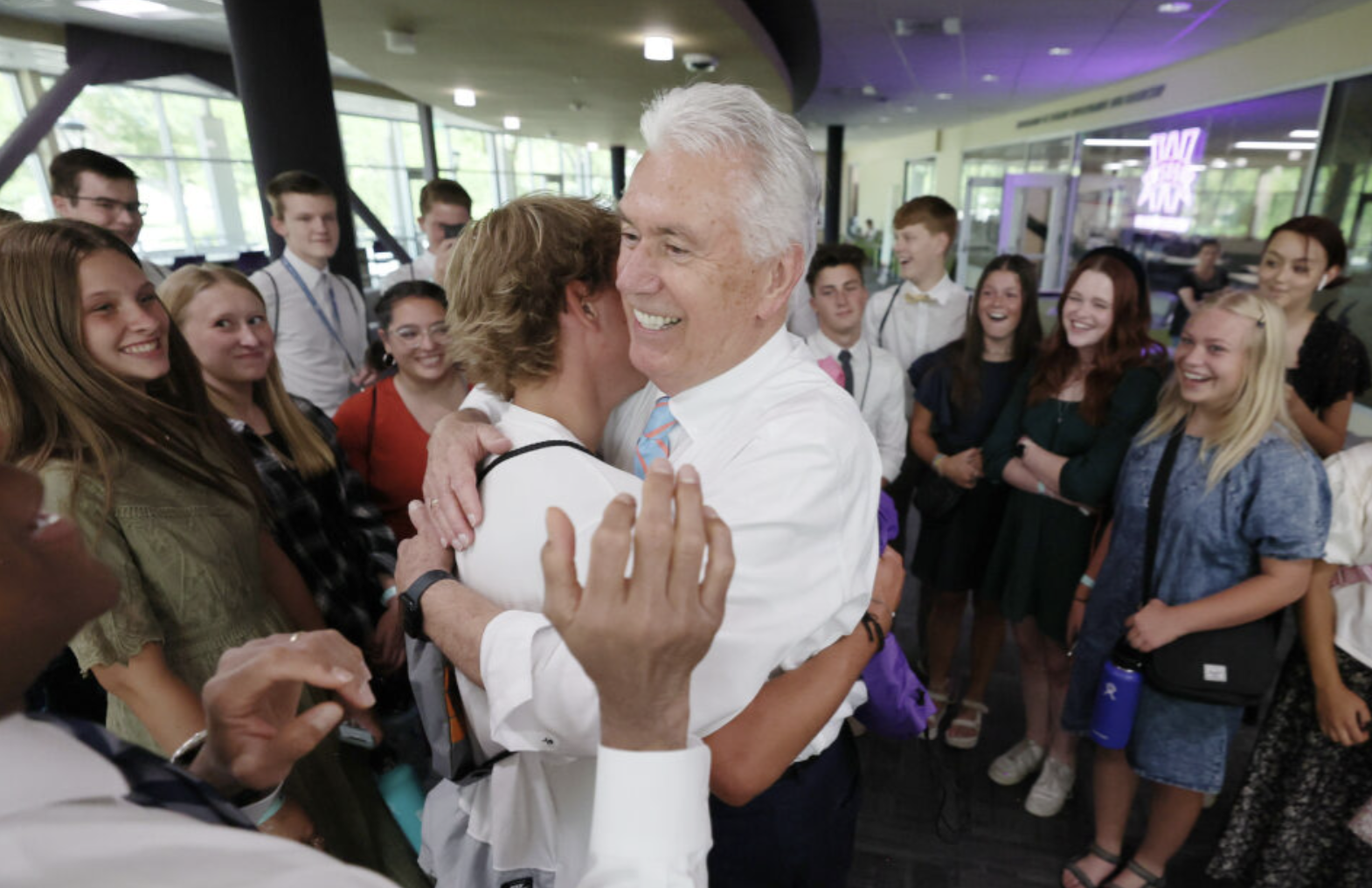 In his first visit to a For the Strength of Youth conference in the United States this summer, Elder Dieter F. Uchtdorf spent time talking with youth and their counselors Thursday afternoon, July 14.

The member of the Quorum of the Twelve Apostles went to Weber State University in Ogden, Utah, for a few hours to hear from the youth about their experiences and to share some words of encouragement with them.

After speaking with a few of the youth, Elder Uchtdorf said he felt the same thing with this group that he feels whenever he meets with youth around the world.

Elder Uchtdorf’s visit was unannounced, so his arrival at the conference caught the youth by surprise. Arriving while the nearly 400 youth attendees were eating lunch, he was able to talk with many youth without interrupting their classes and other activities.