Ye Are My Friends | Meridian Magazine 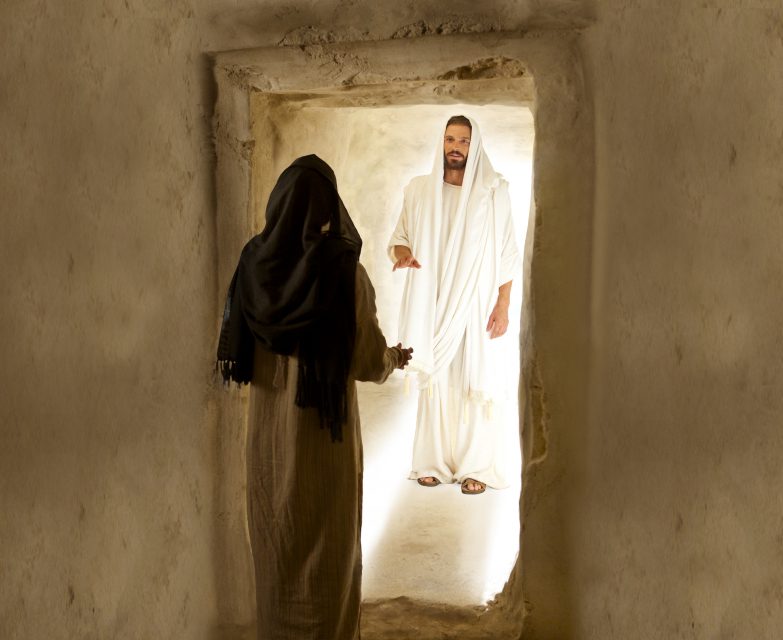 Ye Are My Friends

JoAnn Skousen is a guest contributor.

A common misconception suggests that women in the Bible were treated as inferior beings. But that simply isn’t true. In fact, noted historian Paul Johnson has observed, “One of the most remarkable facts about the Bible—in some ways the most remarkable fact—is that it is history with the women left in. . . . From the very beginning, women are part of the Bible story, acting, reacting, talking, scheming, suffering and comforting.”

This is especially true of the New Testament. Jesus shattered the customs of the time in which He was born when he encouraged women to come out of the kitchen and join directly in gospel discussions (See Luke 10:38–42). He treated every woman—even those who were outcasts and sinners—with dignity and compassion. His example established the proper standard of respect for women. They were counted among His disciples, His friends, and His special witnesses.

The word “disciple” comes from the Latin “discipulus,” which means “learner or pupil.” Jesus recognized that women have a great capacity for spiritual and intellectual enlightenment and welcomed them as his disciples. Luke tells us that “Joanna the wife of Chuza Herod’s steward, and Susanna, and many others, … ministered unto him of their substance,” indicating that they followed Him and helped Him in His ministry.

We see an example of His appreciation for women as active disciples in the story of the woman at Jacob’s well in Samaria. The Samaritans were a mixed race of people who traced their lineage to the Jews who had been left behind at the time of the Babylonian captivity. They intermarried with the non-Jewish invaders who had remained in Canaan with them, and their religion had become corrupted. As a result, the Jews looked down on the Samaritans and would go out of their way to avoid them, even walking extra miles to skirt the land of Samaria. In fact, Jesus’s disciples “marvelled that he talked with the [Samaritan] woman [saying] . . . why talkest thou with her?” (John 4:27).

Nevertheless, Jesus walked directly through Samaria, directly to Jacob’s well, and directly to the woman whose heart was ready for conversion. This woman had an unchaste past, and Jesus knew it. When she told him “I have no husband,” He responded, “Thou hast well said, ‘I have no husband’ for thou hast had five husbands; and he whom thou now hast is not thy husband: in that saidst thou truly” (John 4:17–18).

Many women would have been offended or hurt by such directness, but not this woman. Jesus knew something even more important about her than her promiscuous past: He knew her heart. She had felt her spirit quicken when Jesus had said, “Whosoever drinketh of this water [at the well] shall thirst again: But whosoever drinketh of the water that I shall give him shall never thirst; but the water that I shall give him shall be in him a well of water springing up into everlasting life” (John 4:13–14).

This Samaritan woman would suffer any embarrassment or discomfort to drink of that living water. “Sir,” she said simply, “I perceive that thou art a prophet” (John 4:19). She then “left her water pot, and went her way into the city, and saith to the men, Come, see a man, which told me all things that ever I did: is not this the Christ?”

She knew Him, because He truly knew her. After she heard Jesus’s wonderful message, she shared her newfound faith with everyone she knew. She became a true disciple of Jesus Christ.

The living Christ also formed strong, lasting friendships with women. In fact, every evening during the final week of His life He would walk the dusty road from Jerusalem to Bethany and the home of his two dear friends, Mary and Martha, and their brother Lazarus. There He found comfort and solace as He prepared to face the agony of Gethsemane and the Cross.

We first meet these two sisters when Jesus is visiting and preaching in their home. Mary ignored the local customs that dictated a woman’s domestic role, abandoning her kitchen duties to “sit at His feet” and listen to the spiritual discussions with the Savior and his apostles. Martha complained about her sister’s insubordination to cultural rules that left Martha alone with all the work of preparing the meal.

With His infinite kindness, Jesus loved them both. “Martha, Martha, thou art careful . . . about many things,” he said gently, validating her generous contributions of food and service, but “Mary hath chosen that good part, which shall not be taken away from her” (Luke 10:38–42). Food was necessary, and someone needed to prepare it. Jesus appreciated that. But Martha was “cumbered about” with the details of the serving, when a simple meal would have been fine. Just as He had offered the living water to the woman at the well, He wanted Martha to partake of the living bread He had to give. I like to think that Jesus reached out His hand to draw Martha into the room where she, too, receive that “better part.” He extends that same invitation to all.

Prophets and apostles are called as special witnesses that Jesus is the Christ, but this kind of witness is not limited to apostles. Women too have been blessed with this special testimony. Mary and Martha were two of those witnesses. Martha’s straightforward declaration, “I believe that thou art the Christ, the Son of God, which should come into the world,” (John 11:27) is just as powerful as Peter’s own testimony, “Thou art the Christ, the Son of the living God” to which Jesus responded, “Upon this rock [of revelation] I will build my church” (Matthew 16:16-18). Her testimony indicates that she did indeed accept the “better part” of Jesus’s message.

Another woman who acted as a special witness was the prophetess Anna, an elderly woman who “departed not from the temple, but served God with fastings and prayers night and day” (Luke 2:36-37). On the “day of purification” when Mary and Joseph presented the baby Jesus at the temple, a man named Simeon “came by the Spirit… and took [the baby] in his arms … and prophesied that He would be a light to lighten the Gentiles, and the glory of [His] people” (Luke 2:27-32). The elderly Anna came to Mary with the same passionate desire to behold the Child. She too recognized the Messiah in His cherubic face, and “spoke of Him to all them that looked for redemption in Jerusalem” (Luke 2:38) for the rest of her life. Kings and queens had not bowed down to Him, but those who nurtured the Spirit of God in their hearts had recognized and borne witness of Him. These special witnesses included women as well as men.

One of the most powerful witnesses of Christ’s divinity was Mary Magdalene, who was first to see His resurrected body as she stood near the Garden Tomb where His body had been hastily laid. Mary and other women had waited anxiously for the first rays of light that would signal the end of the Sabbath and the moment when they would be allowed to perform a final act of service for their dear Friend—anointing His body with spices for burial. But His body was not there. Mary hurried to tell the apostles.

His chief apostles, Peter and John, raced to the tomb and, finding it empty, went back to the house where the apostles were gathered (John 20:3–10). Other women, including perhaps Jesus’s own mother, had also been on the scene that morning. Nevertheless, the Lord withheld Himself in a shadow of the Garden until the others had gone. Then he asked, “Woman, why weepest thou?”

Grieving, Mary turned to a man who seemed to be the gardener and pleaded, “Sir, if thou hast borne him hence, tell me where thou hast laid him, and I will take him away.” The man uttered a single word in response: “Mary.” And she knew. She knew His voice as He called her name. With a heart full of joy she turned and responded, “Rabboni, Master!”

There is something extremely special about Jesus’s relationship with Mary Magdalene, who appears only once in the scriptures before the Crucifixion scene and then plays such a significant role. I believe she represents each of us as we contemplate the magnitude of the Crucifixion, the Atonement, and the Resurrection. The story of the Bible begins in a Garden with a woman, Eve, who falls, and it ends in a Garden with a woman, Mary Magdalene, who is redeemed. In both cases, the Lord called them by name. May we each become true disciples, friends, and witnesses of the Christ, and may we recognize His voice when He calls our name.

Jo Ann Skousen teaches English Literature and Writing at Chapman University and also at Sing Sing Correctional Facility, where she has learned the true meaning of redemption as she has worked with these men. She is the author of Matriarchs of the Messiah: Valiant Women in the Lineage of Jesus Christ, which tells the remarkable story of the women identified in the Old Testament as the Savior’s direct ancestors.