Won't You Be My Neighbor?: The Continuing Relevance of the World's Most Unlikely TV Star | Meridian Magazine 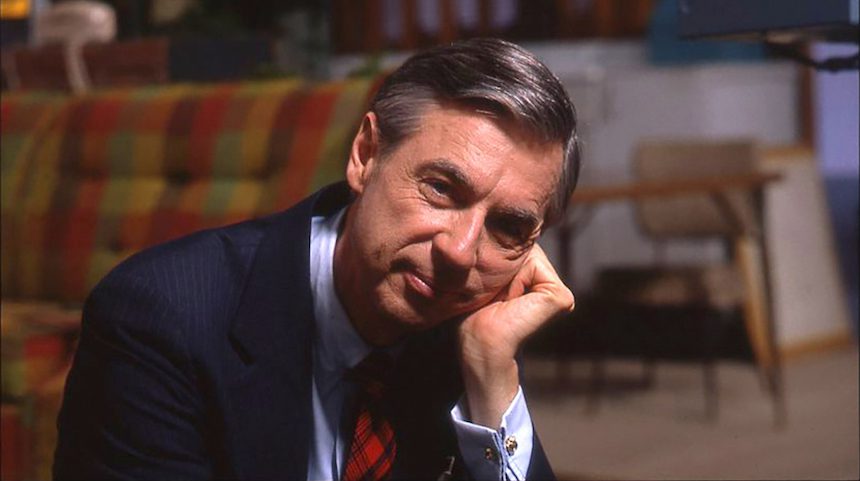 Won’t You Be My Neighbor?: The Continuing Relevance of the World’s Most Unlikely TV Star

‘Won’t You Be My Neighbor?’ is currently playing in select theatres. To find show times near you, CLICK HERE.

The film started and the instant I heard that voice that I didn’t realize was so dear and familiar, I already loved this movie. But for director Morgan Neville, it was Mr. Rogers’ message and not his timbre that filled “Won’t You Be My Neighbor?” with a voice to which the world still needs to listen. “This is a film I needed to make for me,” he said, “[His was] the voice I needed to hear.” Neville later added that studying the life and influence of Mr. Rogers to create this documentary fed his soul.

Originally intent on becoming a minister, Fred Rogers could not have been a more unlikely television star. He was soft spoken and shy and the world of his neighborhood was dated and makeshift even when it first premiered on February 19, 1968, fifty years ago. But it was the man himself that kept people watching. It was the man himself that kept children’s eyes glued to the screen and eager to hear the lessons Mr. Rogers would teach them after he changed into a casual sweater and sneakers and invited them to be his friend.

Here was someone who didn’t look down at children, didn’t feel that some condescension was necessary for him to speak with them. He met them eye to eye and treated them as though the complicated, scary emotions we all feel such as grief, inadequacy, confusion, and sorrow were something that they might also want to understand and might have even felt themselves.

I didn’t realize until I had the pleasure of seeing this documentary that he was so unflinching in his approach to even the toughest issues as he taught children ways to process them and taught the country how to come together as neighbors instead of being divided.

The film detailed the example of a time when there was serious turmoil in America surrounding racially integrated swimming pools. Black swimmers were being violently removed from previously white swim areas. In response, Mister Rogers’ Neighborhood had an episode in which Mr. Rogers cools his bare feet in a little pool and when Officer Clemmons, a black police officer in the neighborhood happens past, he is invited to join him.

“The icon, Fred Rogers, was not only showing my brown skin in the tub with his white skin as two friends,” said Francois Clemmons, “but as I was getting out of that tub, he was helping me dry my feet.” Mr. Rogers was making an unmistakable statement without ever saying any words of rebuke, rebuttal or argument though he had such a public platform to do so. And though he never identified himself as a minister, his endless efforts to be like Jesus shown through on the screen. He continually tried to lead by example.

“What we see and hear on the screen is part of who we become.” That is what Mr. Rogers believed and so he tried to help children become morally intelligent, responsible and most of all loving little people that could grow up to be good citizens and caring adults.

Director Morgan Neville said that in embarking on the journey of this film, Fred Roger’s wife Joanne had only one request. ‘Don’t make him a saint.’ “If you think of Fred as a saint,” Neville reflected, “somehow we’re all off the hook.”

But that was the magic of Fred Rogers. He was able to make you as the viewer feel both perfectly valid and worthy as you are without ever letting you forget that you could be more.

“There is something latent that Fred leaves behind in all of us,” said Nicholas Ma one of the film’s producers and son of Fred’s good friend Yo-Yo Ma, “this was an opportunity to activate that.” And as I sat in a packed house of sometimes-cynical Sundance moviegoers listening to a quiet chorus of their sniffling over this man and this movie, I was certain that they’d succeeded at that.

The world today feels so mean and the country feels so divided. If, as Fred said, “Love is at the root of everything…love or the lack of it”, then the root of all of this divisiveness, incivility and negativity is certainly a lack of love. As such, Fred’s life, his show, and his example are as relevant now as they’ve ever been.

“No, there isn’t another Fred Rogers,” said director Morgan Neville, “but our hope is that everyone walks out of this film wanting to be a better version of themselves.”

I certainly walked away from Won’t You Be My Neighbor? uplifted and hoping to try a bit harder and be  a bit better and I’m certain that you will too.

‘Won’t You Be My Neighbor?’ is currently playing in select theatres. To find show times near you, CLICK HERE.

I remember him well. I would turn on his TV show for my small children and often ended up sitting with them until the end of the program. His message for children, and, yes, to me, was the same. Be kind. Be friendly. Love others. Don't judge. These lessons are still valid today, even more so. We still need to learn them.