Will Romney Get Back into the Race? | Meridian Magazine 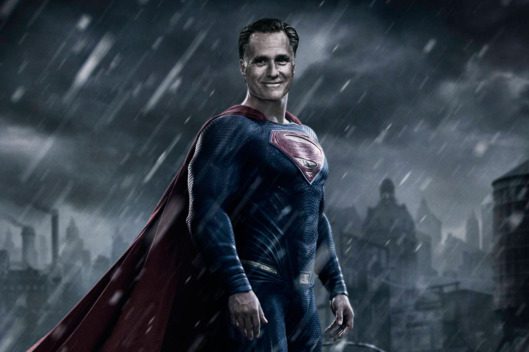 Will Romney Get Back into the Race?

With Jeb Bush’s numbers anemic and Donald Trump leading in Republican polls, will Mitt jump back into the race? Here’s some articles that speculate about that.

Mitt Romney is thinking about 2016 run to take out Trump

There are reports from political insiders that Mitt Romney is considering a 2016 run for the Presidency.

Former Trump adviser Roger Stone recently sent out a tweet, regarding the rumor, stating, “With the weak performance of @JebBush my sources tell me @MittRomney is reconsidering getting in.”

Mitt Romney chose not to run in 2016, and why should he have? Republicans didn’t want to nominate the guy who lost the last time around, and golden candidates like Jeb Bush, Scott Walker, Chris Christie, Bobby Jindal, Rand Paul, Ted Cruz, and Marco Rubio were going to suck up all the oxygen anyway.

Surely the one thing that had zero influence on his decision not to run was the possibility of a Donald Trump candidacy. Back when Romney decided, everyone knew Trump wasn’t really going to run, and if he did, he’d be nothing more than an entertaining sideshow. No one (save Trump!) predicted he’d rocket to double-digit leads over the entire field thanks to a series of racist outbursts that would be considered campaign-ending gaffes for any other candidate.

Now Donald Trump, once considered a joke and still actually a joke, might be the Republican nominee for president. And with 16 other candidates in the race, he could win that nomination without ever taking a majority of votes in any single primary state

Former Trump advisor Roger Stone went on CNN this weekend and said that he heard that Romney was thinking of getting into the race — and that someone definitely needed to get Jeb Bush a cheeseburger because his hunger was clearly making him boring. Bill Kristol wrote on Saturday, “Shouldn’t Republicans be open to doing what Democrats are now considering? That is: Welcoming into the race, even drafting into the race if need be, one or two new and potentially superior candidates?” (He offered Supreme Court justice Samuel Alito as an option, however, not Romney.)

Last week, the Washington Post published an article noting that Romney had stayed “relatively silent” on Trump mania. “A potentially powerful voice in countering Trump, he has resisted weighing in at length, though friends said he has been monitoring the summer maneuvering with interest. He declined an interview request.”

What our country does not need is a candidate who thinks more of himself than he does the country and the people therein. Despite the fact that some of his statements ring true, Trump would simply be a self-centered king who believes everyone else besides himself is an idiot. We should vote for character and not for a package of clever soundbites backed up by over-confidence. Trump would be an absolute disaster--for the country, for the Republican party as it has traditionally been represented, and for all those who were caught in his trap and voted for him. I believe the only way that makes sense for Romney to run is to have the Tea Party acknowledge he is the best choice for electing someone who puts highest priority on integrity and statesmanship. Otherwise, the far right will undercut him just like they did in 2012 and leave us with an ultra liberal that the majority really don't want if they just think about it.