Wide Partisan Gaps in U.S. Over How Far the Country Has Come on Gender Equality | Meridian Magazine 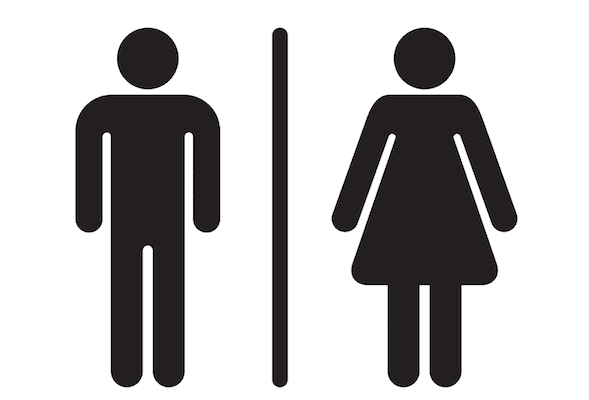 Wide Partisan Gaps in U.S. Over How Far the Country Has Come on Gender Equality

The following report comes from the Pew Research Center.

Americans across demographic and partisan groups agree that women should have equal rights with men, but the country is sharply divided over how much work remains to be done, and those divisions are rooted mainly in the growing partisan schism that pervades American values and culture these days, according to a new Pew Research Center survey.

Democrats are also much more likely than Republicans to say that men have easier lives than women these days: 49% of Democrats say this compared with 19% of Republicans. A majority of Republicans (68%) say neither men nor women have it easier today, compared with 45% of Democrats. Among Americans overall, far more say men have it easier in our country these days than say things are easier for women (35% vs. 9%); still, a majority (56%) says there is no difference. Those who see an advantage for men often say these inequities are rooted in the workplace; 43% say that men are paid more than women, and 29% cite greater employment opportunities or preferential treatment for men.

To be sure, men and women have different perspectives on how far the country has come in achieving gender equality, but these differences are relatively narrow when partisanship is considered. More than half of women (57%) say the country hasn’t done enough to give women equal rights with men, while 33% say things are about right. For their part, men are equally split between saying there is more work to be done (42%) and things are about right (44%). Among Democrats, a majority of women (74%) and men (64%) say the country hasn’t gone far enough when it comes to achieving gender equality. And while Republican women are more likely than their male counterparts to share this view (33% vs. 20%), relatively small shares of each group do so.

Among the report’s other key findings:

The nationally representative survey of 4,573 adults was conducted online Aug. 8-21 and Sept. 14-28, 2017, using Pew Research Center’s American Trends Panel. The margin of sampling error for the total sample is plus or minus 2.4 percentage points.

Pew Research Center is a nonpartisan fact tank that informs the public about the issues, attitudes and trends shaping America and the world. It does not take policy positions. The Center is a subsidiary of The Pew Charitable Trusts, its primary funder. Subscribe to our daily and weekly email newsletters or follow us on ourFact Tank blog.

Not surprising, but disheartening. Republicans chose Trump, an admitted sexual abuser, adulterer, and who made numerous inappropriate sexual comments about even his own daughters. (Also said he never changed a single diaper.) Republicans also choose FOX as their favored network, where women are apparently not allowed to look professional, but dressed/made-up for ratings, and suffer rampant sexual harassment. I was a Republican/conservative my entire life until the morning it was evident Trump had the nomination. I went online and re-registered as independent. I cannot and will not belong to a party who supports a person like Trump. I was particularly discouraged that Utah ended up supporting Trump. They had the chance to make a difference when it counted, but failed. What are we teaching our children, with the election and support of Trump? A: That it is OK to view women as objects, and to relegate them to second class citizens. A huge step back IMO.

I think that we need to distinguish what we mean by "equal". Most of the discussions I see are about "equal outcomes" when what we should be talking about is "equal opportunities". We can't mandate outcomes. Do women have an equal opportunity to do/buy/learn/act/etc. By comparison, just because I treat my kids equally doesn't mean that they all receive equally. One kid wants to go to art school, another engineering school, and another is focused on going on a mission. Similarly, they don't all receive equally because one needs a jacket this year while the other needs shoes. Thomas Sowell is a wonderful author and economist and he shows in many of his books the fallacy of 'equality'. If we take into consideration the desires, needs, and experiences of my kids, then we can see that even though they are receiving different outcomes, they are all receiving what they need equally. The discussion of gender equality should be considered in a similar light.