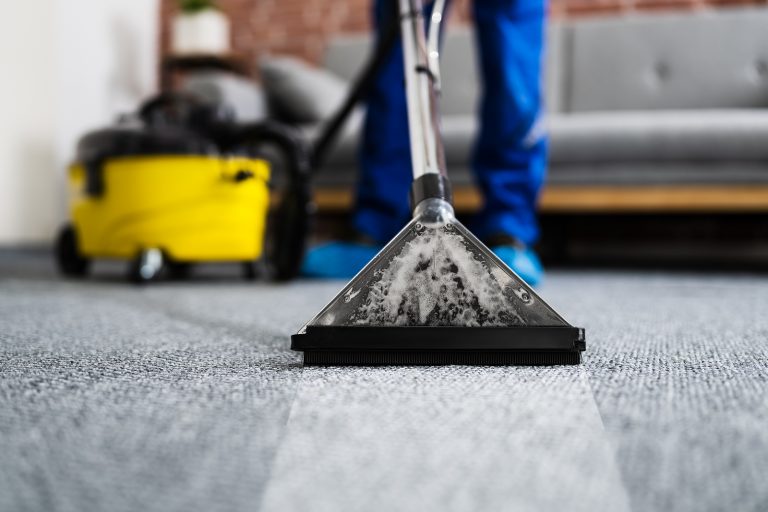 When I was going to college, I worked as a carpet cleaner. I worked every Saturday and part-time on the days I was at school. The company often forwarded the phone to ours so Donna, my wife, could schedule the appointments for all the carpet cleaners.

There were no cell phones in those days, so I would call Donna to find out my schedule for the evening when I finished my classes. Sometimes, after a long day of classes and homework, it was hard to think about cleaning carpets late into the evening.

One particular day, I had had a lot of classes and a couple of mind-numbing tests. I was exhausted, and the last thing I wanted to do was to clean carpets. But I went to the university courtesy phone and made the call.

Donna answered and told me the appointments. She listed three jobs, all of which were homes requiring cleaning under furniture. For an extra fee, the company had us employees move furniture. It could be backbreaking work, and the only extra pay we got for it was the added hours it took to do the job.

“Aren’t there any jobs that don’t require me to move furniture?” I asked.

“There is one,” she replied. “It’s your last one, a gun ammo company. But it also means you’re going to have to work a late night. It will be a long job, and they need you to come after the company closes at eight.”

I sighed. The only thing worse than moving furniture was working late. I had been up since five in the morning studying for the tests, and I needed some sleep. I had to tell myself that eight wasn’t horrible. At least I wasn’t cleaning a restaurant after they closed at midnight. I had done that many times.

I went to a school bathroom, changed into my work clothes, and drove to my first job. The people were elderly and could not help. By the time I finished that job, my muscles were already complaining.

The second job was similar, and the third was worse. The lady had a cat, and when I moved the furniture, the carpet under quite a few of them had become a litter box. Under some of them, most of the carpet had rotted away.

When the lady saw it, she picked up her cat and, in a baby voice, said, “Has Esmerelda been a naughty kitty?”

I thought, “Yes. My nose told me that the minute I stepped in the front door.”

When I finished each job, if the customer would let me, I would borrow their phone to have Donna inform the next customer I was on my way. By the time I finished, I was running late. To no avail, I had spent extra time trying to get the urine smell out of the carpet.

“The secretary is waiting for you at the gun ammo company,” Donna said. Then, with concern in her voice, she asked, “Are you okay?”

All the way to the next job, I talked out loud and even slapped my face to stay awake. When I got there, I pulled the equipment out of the truck and made my way to the office.

The secretary pointed to a big oak door, and with a grin on her face, she said, “You’re going to clean the company owner’s office.”

I opened the door, and there stood an enormous Kodiak bear towering over me, ready to strike. I dropped my equipment and fell flat on my back in surprise. The secretary was laughing, and I realized that the bear was stuffed. My heart was pounding so hard it felt like it would break my ribs.

The secretary wiped the tears of mirth from her eyes. “I love to do that.”

I cleaned the carpets, and at around eleven, when I finished, I called Donna.

“Are you awake enough to drive?” she asked.

“Believe me,” I replied, “I’m not only awake enough to drive, but with the adrenalin that’s still in my system, I’ll probably be awake all night.”

Um, yeah. That'll wake you up!