Why the World Needs a Moroni Movie: An Interview with Director Darin Southam | Meridian Magazine 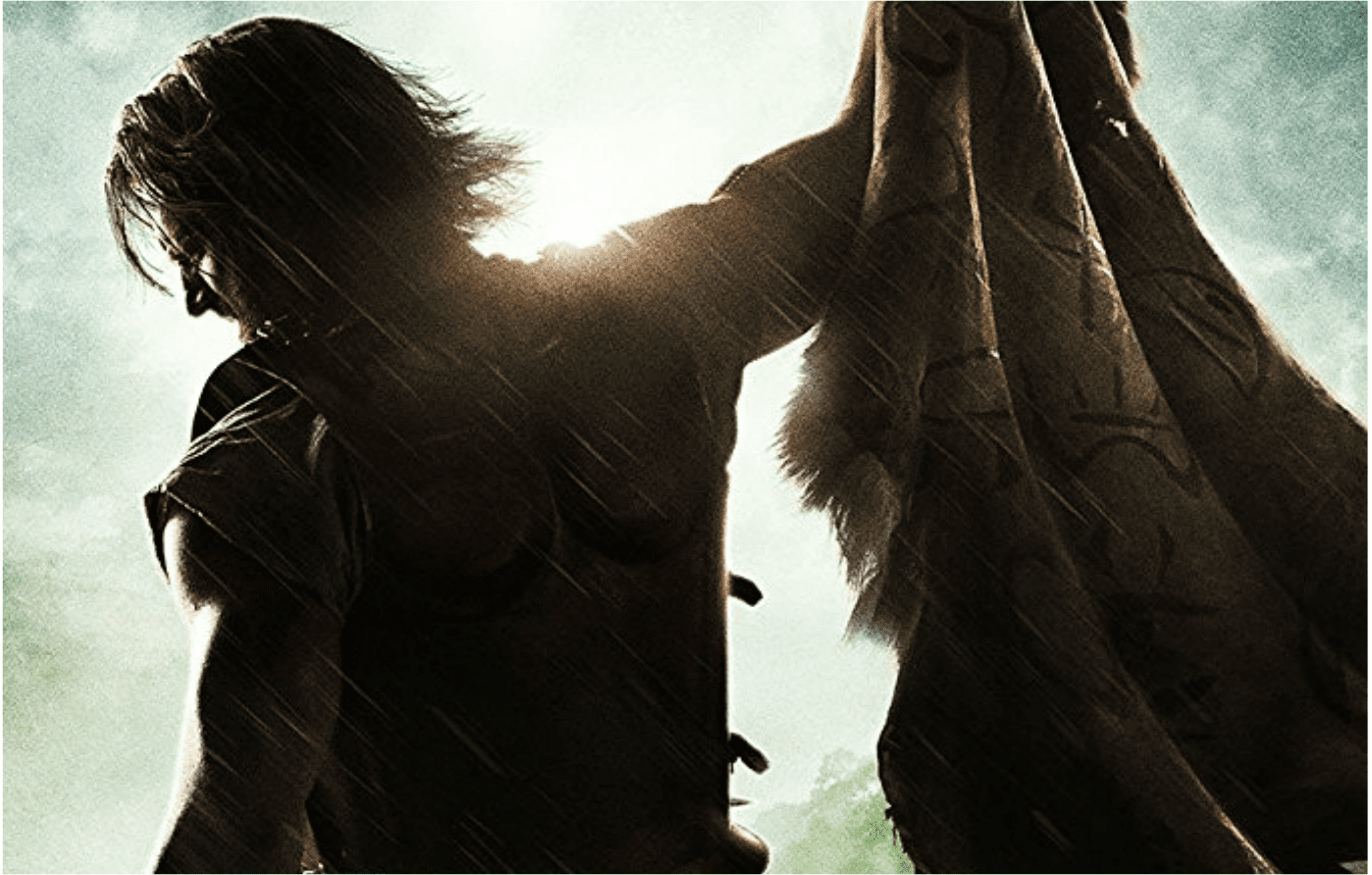 Why the World Needs a Moroni Movie: An Interview with Director Darin Southam

Darin Southam is a busy man these days. Well-known as an actor and inspirational speaker in the Latter-day Saint community, he is currently channeling his tenacious passion into preproduction on a planned trilogy of Book of Mormon films. Aiming to do the character, and The Book of Mormon itself, justice with a Hollywood epic, Southam may have an uphill battle ahead of him. However, in an era where The Bible was a hit miniseries, Saratov Approach was a mainstream success, and The Passion of the Christ is one of the biggest movies ever, anything is possible. Plus, Southam is certain of one thing: the world needs this story, now more than ever.

I recently interviewed the writer/director of the in-development Reign of Judges: Title of Liberty for what drives him and what we can expect from the film when it hits the screens (with your help), along with exciting plans for the sequels.

JONATHAN DECKER: What sparked your passion for this project? Many people have daydreamed about a Captain Moroni movie. Why are you so determined to make it happen?

DARIN SOUTHAM: I am determined to bring Captain Moroni’s story to the world because the world needs it now more than any other time in history. There is a reason Mormon abridged the record with almost 70% wars. There is much to be learned from the conflicts they had to maintain their freedoms.

JD: How long has this project been in the works? When did it all begin for you?

DS: The story started in December of 2013. I had just had a wave of work come in, which gave us a little cushion to risk taking some time off. I wrote with intensity and purpose- I worked many 12-hour days. I also got sicker than I had been in some time. I had a should injury flare back up, a deep chest cold, and a strange ear infection the doctors couldn’t diagnose. I remember lying in bed with my laptop, my feet propped up, my arm in a sling, and a box of tissues, typing away relentlessly. But it paid off and by the end of the month I had my first draft completed.

Someone once told me “The only thing you need to do to set yourself apart from 90% of writers out there is to finish.” Of course, the work didn’t stop there. I got notes and refined the script some more. Then I got more notes and refined it even further. It has probably been through at least 20-30 revisions since I initially wrote it, but the core of the story has been pretty consistent.

Because I am in a few films I have been asked to speak publicly quite a bit. On one such occasion I happened to share some of the concept posters which I had a really talented designer do for me- his name is Chad Keyes, seriously he’s amazing. He took my vision and brought it to life. After showing the poster designs to the group I was speaking to, a gentleman in the audience approached me after and offered to pay for a website so I could go public with my concepts. A month later, July 4th 2014, we went public. As part of our launch, I released the first 19 pages of our script to energize the fans and get them excited.

Immediately we had countless requests for crowdfunding, but I knew it was not plausible to get the funding we needed for our full feature this way. I had also been consulting with some pretty renowned Hollywood producers; they all discouraged me from crowdfunding. We decided to launch a store instead. The store brought in enough to keep the project funded minimally, but the problem with the store was that there was no urgency. We peddled along for three years, constantly working whatever avenues we could to get funding. Sending the script out to countless contacts, meeting with potential investors, etc. I guess you just have to get to a point where your back is against the wall, and that’s where we were before we launched our Kickstarter.

The exciting thing is that everyone in Hollywood with whom we consulted was thrilled and extremely intrigued with what we are doing. I remember speaking with an agent at WME [large talent agency in California] who halted our conversation abruptly (after 20 seconds of the call) with, “Wow, this project sounds really interesting!” Then she made a remark about how passionate I was.

In spite of this, unfortunately, some in the Mormon film community have been less supportive. I know how that sounds, and please don’t misunderstand. We have a lot of support from the Mormon film community, by and large, but there are a few individuals who don’t believe what we are doing is possible, and that’s okay. It’s never been done before. People said the Wright brothers couldn’t fly. Marconi’s friends committed him to a mental health hospital when he spoke of transmitting messages through the air. There’s a first time for everything.

As far as the Church, we believe they are very supportive of what we are doing. The exciting thing about Kickstarter is the fans have the power- for better or worse, they decide. So far, it’s looking like people want to see our film. We’ve raised over $100,000 for our proof-of-concept short film, putting us in the top 1% of all time Kickstarter film campaigns.

JD: Tell us about your vision for this project. You’d like to make a trilogy? What would the first film be? The other two?

DS: The first film of our trilogy would be about Captain Moroni and the Title of Liberty. The next film would be about the 2,000 stripling warriors we read about from the sons of Ammon. We are going to see if we can fit the rest into one film, but we may have to break it up into two films covering the visit of Christ to America and then the final conflicts and destruction of the Nephite nation. Then we will go to the beginning and do our follow up trilogy of the Reign of Kings.

JD: In bringing this film to the screen, are there other movies that you’d look to for inspiration artistically?

DS: Terrence Malick’s The New World as well as Exodus: Gods and Kings for look and feel. As far as what films inspire ours, Braveheart would be number one, followed by Gladiator, 300, and Lord of the Rings. To clarify, our film will be authentic but not overly gory. We will keep the focus on the reasons for the conflict and why they were fighting- for their families, for their faith, for their freedom, and for their God.

JD: What scriptural characters would appear in this story? Would you be making use of any fictionalized characters for any purpose?

DS: There are many characters in our story. Captain Moroni, of course. The mighty captain. Lehi, Aha (sons of the Chief Captain Zoram), Amalickiah (it’s unclear at first whether he is good or bad, but those familiar with the book know where he ends up), Zerahemnah (the Lamanite war lord), etc. We also have some fictitious characters, who were needed to fill story gaps. For example, Moroni’s wife as well as Moroni’s father. We also had some fun with Alma, the warrior prophet. He has a great sense of humor in our script, quite disarming for a prophet. Antipus is also one of our fun characters that provides some comic relief.

JD: Where would you like to shoot the film?

DS: This is unknown, as it will be determined by budget. We also don’t want this film to be about geography. However, saying we want it to look like Terrance Malick’s The New World gives you a good idea. There is a scene with Pocahontas holding a macaw that is perfection. That film was shot in Virginia.

JD: Who would you like to use for actors. Hollywood stars? New faces? Yourself?

DS: We will have Hollywood actors in many of our roles for the full feature. It’s too early for casting that just yet. But, as far as the concept film short we are raising funds for, I will be playing Moroni and I don’t know that we will have a budget for name actors as we want to focus our funds on visual effects. But we will certainly try to get some faces in there if we can.

JD: What is your greatest hope for this film (or these films) to accomplish? What reach and influence would you like them to have?

DS: My greatest hope is to flood the Earth with the epic stories of The Book of Mormon and stir a global curiosity about this amazing book. As far as our first film, Reign of Judges: Title of Liberty, my greatest hope is that it will ignite a worldwide spirit of freedom.

You can contribute to Darin’s Kickstarter to help get the proof-of-concept short film made. This epic short is being produced to convince Hollywood to make the feature-length version. Hits like Napoleon Dynamite and Deadpool started this way. At the time of this writing it has raised over $113,000 and needs $150,000 by Thursday, September 14 to happen. Contribute here to bring Moroni’s message to the world!

Jonathan Decker is a licensed marriage and family therapist and clinical director of Your Family Expert. He moonlights as the “Mormon Movie Guy,” reviewing Hollywood films from a Latter-day Saint perspective. He offers daily Gospel insights in his Facebook group Ask a Mormon Therapist.

I've been waiting for over twenty years, watching the improving LDS movie efforts. I have really been animate towards some of them to do what Brigham Young prophesied. He said that the LDS would be some of the top skilled artists. And we have pulled that off in limited ways. I loved “Testaments”-“How Rare a Possession". We HAVE the money as LDS! Lots of money! Where is our spirit over fear that we may lose money to teach the gospel and the BOM? It should be about this principle: teaching/missionary work from great art and storytelling. Look at the great endowment films! Can we ever equal comic book films? - Of course! And I'm sorry to say the acting must come from great actors or it is all in vain. A great script will be laughed at by the Gentiles if it’s realized campy or silly. They are the ones who need to see the BOM in the same light as the Bible. Be careful or it could be another amateur attempt to show Mormon culture instead of the Word of God and the lives of our beloved prophets. The evangelicals have tried to portray the Gospels, etc. but fall sadly short. Those films are mostly good for a few faithful evangelicals. We don't want a movie that is mostly shown in Utah or at Temple Square... think big if it is going to do the world's best people of history justice. Rich LDS get off of your rear ends - invest!

Lets get behind this, LDS people! What a fine opportunity to have a quality film about Captain Moroni and the Title of Liberty. In a class last night, I learned that there are now TEN countries on earth who are NOT at war. Surely all could related to this epic story even as FICTION. As a true story fighting for liberty, what a tale.