Why the Arguments of "New Atheism" May Sound Familiar | Meridian Magazine 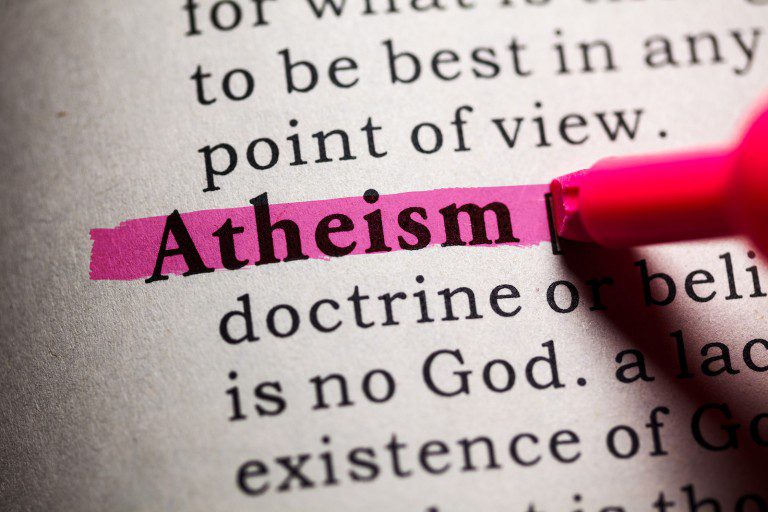 Why the Arguments of “New Atheism” May Sound Familiar

Anti-religion zealots of the twenty-first century call themselves “New Atheists,” but there is very little that is new in their arguments. The New Atheism is just the Old Atheism recycled and dressed up to fit the latest intellectual fashions. Today’s atheists add the prefix “new” to an old label in order to cash in on our modern society’s preoccupation with the “progressive” and “cutting edge,” but their arguments have been around for over a century.1

Marx’s atheistic materialism emerged in the mid-nineteenth century, Darwin’s Descent of Man (not itself atheistic, but giving ammunition to the movement) was published in 1871, Nietzsche wrote his most important works on the death of God and morals in the 1880s, Freud discounted religion as a delusion in the early twentieth century, and logical positivism—which reduces all knowledge to statements about sense data—took off just after World War II.

The Book of Mormon anticipated all of the major ideas of these atheists even earlier than that. Two millennia ago, the anti-Christ Korihor (in Alma chapter 30) argued that religion was “the effect of a frenzied mind” (Freud) and a tool for the ruling class to “glut themselves with the labor” of the workers (Marx). He also said that you “cannot know of things which ye do not see” (logical positivism), that “every man fared in this life according to the management of the creature” (Darwin), and that the end of God meant that “whatsoever a man did was no crime” (Nietzsche). The Book of Mormon, published in 1830 and supposedly cooked up by an ignorant farm boy, foresaw the five most important arguments against religion that would define atheism for the coming centuries. Clearly, there is very little “new” about the “New Atheism.”

New Atheist arguments are not only unoriginal; they are also inadequate to the information age in which we now live. From the eighteenth to twentieth centuries, Western nations passed through an industrial era in which machines came to do much of the physical work. Accordingly, scientists saw the universe itself as a vast machine in which everything could be understood as matter in motion. Even our bodies were machines and any talk of a soul was, said philosopher Gilbert Ryle in 1949, like talking of a “ghost in the machine.”2

But in our twenty-first century “post-industrial” age, the most crucial component of reality is information—something that is decidedly non-material. The thinking machines (computers) that underlie this new age, while physical, are nothing without the organizing software that makes all of their activity possible. Most of the valuable goods Americans produce today are not even tangible—e.g., designs, algorithms, soft-copy documents, programs, plans, and spreadsheets. We cannot touch them. They are series of binary code that travel wirelessly through the air and are only discernible on electronic screens. There are billions of machines on the planet (computers) with non-material “ghosts” in them (software). Ryle ridiculed the idea of “ghosts in the machine” on the very cusp of the new information age in which “ghost-animated” machines would transform the world.

Not only is information more fundamental than matter when it comes to computers, scientists are now finding that information is even at the root of physics and biology. DNA is an information code that precedes and determines the organization of the matter that makes up living bodies.

Atheists claim that humans are mere material beings, but most of the cells of our bodies die and are entirely replaced many times during our lives. Atheists often say, “We don’t have a body; we are a body,” but if this were true, why do we remain the same while the matter of our bodies constantly changes? The information coded in our DNA, which determines the structure of our bodies, persists over time. Atheists might not ridicule the idea of a future resurrection if they realized that science itself has shown that this process already happens. The matter comes and goes while the information (the ordering, structuring pattern for the matter) remains.

In physics, quantum theory—developed primarily by Christians such as Max Planck and Werner Heisenberg—has shown that the atomic particles that make up all matter are themselves informational. Electrons exist not as well-defined material entities, but only as probability “smears,” while the quarks that make up protons and neutrons are so information-laden that some scientists have begun comparing their properties to computer codes.3 Information is now widely accepted as a third property of the universe along with matter and motion.4

While it’s common today to use the term “information,” LDS scriptures (prophetic as always) have long called this property of reality “intelligence.”5 In every realm, ordering intelligence precedes and defines the matter that is ordered. A spiritual creation precedes a physical one (Moses 3:5) and order presupposes an “orderer”—a mind that comprehends and creates the order upon which material reality is based. The scriptures refer to both the information that inheres in reality and the mind that understands or creates it as “intelligence.” This is why we often speak of all matter having “intelligence” but also refer to God’s spirit children as having been created out of eternal “intelligences.” God, like the humans created in His image, is a creative force—one who can comprehend and create order/information.

While information lies at the foundation of all reality, materialists, who claim the mantle of science, proceed as if science itself hadn’t overthrown their view many decades ago. Our post-industrial society is also a post-materialist society, but the New Atheists continue to cling to materialism with as much fervor as any religious fundamentalist clings to the Bible. The “New” religion found in the restored gospel describes our post-industrial age much better than does the “New” atheism.

1 The term “New Atheist” reminds me of BYU philosophy professor Truman Madsen’s quip about postmodernism: “There is nothing post or modern about it.” Madsen, personal conversation with the author, August, 2004.

Thanks! This article is a big help that I can share with my friends who having doubts that God exist.