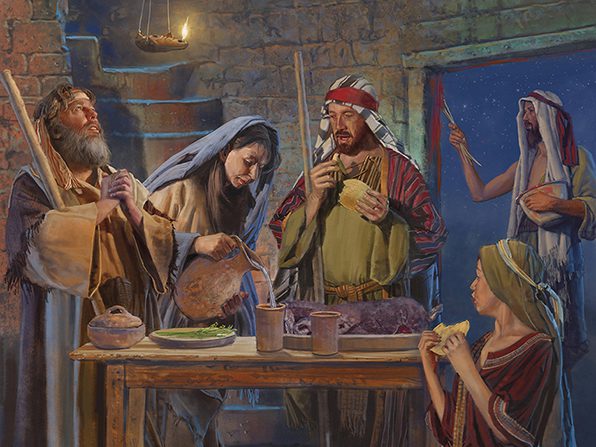 The following is the introduction to a new series on the Old Testament from Biblical scholars Taylor Halverson and John Gee.

The largest section of the canonized scripture is the Old Testament comprising some 39 separate books filling 1184 printed pages in the LDS King James Version printing.  The Old Testament can bewilder us: the expanse of time, the sprawling geography, the innumerable cast of characters, the wide-ranging literary styles, the apparently inscrutable ancientness of the text.  So vast is the Old Testament, it seems, that we may be lulled into believing that this compilation of the Word of God is beyond our grasp, outside our comprehension.

Turning the tables on this dour overview, what if we fully comprehended everything that the Old Testament has to offer?  What if there were no questions left to ask or answer of the Old Testament?  How useful would it be?  I’m guessing that in such a scenario we would turn to the Old Testament far less frequently than is currently the case, which may not be that high.

What I have to offer here is an overview insight that may provide perspective for the whole.  When we feel lost in the grass (hard to call the scriptures weeds!) of a narrative in the Book of Numbers, or we stumble over obscure words in the poetic Book of Job, or our spirit struggles with our flesh to enact our righteous intent to read and understand the words of Isaiah, we may find solace and perspective in remembering the purpose of the Old Testament: why were these words delivered (even if we don’t understand them all) and how do they apply to my life today?

We name the Old Testament in contrast to the New Testament.  What does this mean?

If so, then why don’t we call these two portions of canonized scripture the Old Covenant (or Former Covenant) and the New Covenant?  Wouldn’t we all better understand the thrust, intent, and purpose of these scriptures if we labeled them more clearly?  Nothing causes more mass confusion than putting the wrong, or misleading, or inscrutable label on something.  Clarity and precision is what we need.

Pine as we might for better clarity for the names of major sections of scriptures, the effort to make a sea change in terminology is mostly fruitless, staring, as we are, at 16 centuries of entrenched tradition.

Yet again the traditions of the fathers come into play.

In the 4th century AD, when the venerable church leader, theologian, and scripture scholar Jerome turned his mind to bringing the Word of God to far more people, he confronted the nearly indomitable task of translating the entire Bible from Greek and Hebrew into Latin.  Why into Latin?  That was the most widely spoken language in his day and few people knew Greek and Hebrew.  Just as we can enjoy the scriptures in English translation today, without having to learning Greek or Hebrew, Jerome wanted people in his day to read the scriptures for themselves in their own native tongue.  His translation was called the Vulgate, a word derived from the word Vulgar, which means common, because he translated the Bible into the common or vulgar tongue of his day (incidentally at the time of Jerome, vulgar didn’t have the negative meaning that it has today).

We did Jerome use the term Testament instead of Covenant?  Though he had a considerable vocabulary at his disposal, Jerome thought that the Latin word for testament (a legal term of his day typically used at the end of someone’s life when they were making their legacy and bequeathing their wealth to heirs) best represented the meaning of Hebrew word for covenant.  Translations don’t always port over 100% of the original meaning and hence we lost some of the significant meaning intended in the phrases old covenant and new covenant.  These less than accurate meanings of covenant promoted by the word testament have remained to this day, prompting an article like this to delve into the question: what is a testament and why does it matter?

What was the old covenant in the Bible?  In simple terms, the old covenant was this: if ye keep my commandments ye shall prosper in the land.  That covenant was sustained and enlivened through the sacrificial system in ancient Israel.  Commit a misdeed?  Bring the appropriate sacrifice to the temple to be purified.  Need forgiveness?  Ask it of God through the temple priests, who act as intermediaries, by providing a sacrifice.

The temple was at the center of religious life in Ancient Israel.  No temple, no covenant.

All that changed with Jesus.  Jesus is the New Covenant

He is the new sacrifice, the unblemished male lamb offered to God on the high holy day of Passover, the Israelite celebration of remembrance when God saved Israelites from the cruel bondage of Egyptian servitude.

When Jesus died, the temple veil was shorn in two.  That veil, depicting the starry heavens, symbolizing heaven itself, was no longer a barrier to see into heaven and gaze upon the presence of God (in Jewish theology, God’s presence sat cloistered behind the temple curtain).  Jesus’s sacrifice made certain that now all who accepted of this final and last sacrifice could gaze into heaven, in the presence of God and be invited in.  Eventually the physical temple of Jerusalem was destroyed.  The Christians no longer needed the sacrificial practices of the temple and therefore were little impacted by the absence of the Jerusalem temple.  The Jews who survived the Roman occupation and destruction of Jerusalem and its temple had to endure significant religious transitions.  This became Rabbinic Judaism.  When your entire religion is centered on the temple which no longer exists, how does your religion survive?  The Jews replaced scripture study with temple worship.  Now, to study the word of God is to worship God, to devote yourself to God.

In Christianity, the old covenant maintained through animal sacrifice was replaced by the new covenant of the sacrifice of Jesus Christ.  Jesus is the new covenant.  Spelled out, the new covenant is this: we covenant that Jesus is our sacrificial lamb, our savior, that we will remember him at all times and in all places, and we will be prospered in our lives by such righteous remembering and living.  We demonstrate that willingness by eating of the symbols of his sacrifice: bread (for the body) and wine (for the blood, now substituted with water because of modern day revelation).

In Christian tradition that regular consumption of divine and sacrificial symbolism was done in gratitude and thanksgiving.  The Greek word to represent such thanksgiving is Eucharist.  To this day in many Christian churches, the sacrament is called Eucharist because the participants willingly and with thankful hearts accept the new covenant brought forth by the Lamb of God, Jesus, that replaced the old covenant enlivened through animal sacrifice.

The sacrifice we now place on the altar and dedicate to God is a broken heart and contrite spirit.  In times of the old covenant (Old Testament) one could go through the motions by bringing the appropriate sacrifice to appease an offended God.  But inwardly, an unchanged heart could persist in that state, even after having taken the appropriate ritual actions.  No longer.  God requires a new heart for his new covenant.

Though the purpose of the old covenant and new covenant have remained the same, if ye keep my commandments ye shall prosper in the land (including prospering in heaven), the forms by which this covenant is maintained have changed considerably, as explained above.  In the former testament or former covenantal era, animal sacrifices were sufficient.  Now, in the new covenantal era, only the final and last sacrifice of the perfect Son Jesus Christ is sufficient.  And we access that all encompassing, empowering, and atoning power when we sacrifice the animal within us by having a broken heart and contrite spirit.

Now as you read the Old Testament, remember that these words of revelation were given during the era of the old covenant or former covenant.  The purpose of the old covenant and the new covenant are the same, if ye keep the commandments ye shall prosper in the land, we demonstrate covenant fidelity in different ways, even if the forms of covenant keeping have been changed.

We can therefore find deeper appreciation for those who lived in the former covenantal age and learn from their lives how they lived, or not, in accordance to God’s commands, and reaped the consequences of such agentive choices of living.

Fascinating and insightful. Thank You. I look forward to the next articles. 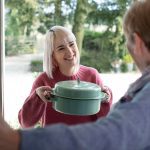 A Servant’s Heart: We Feel it a Pleasure to Serve Thee 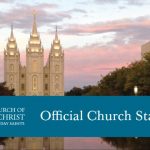 By Marilynne Todd Linford
PAST ISSUES