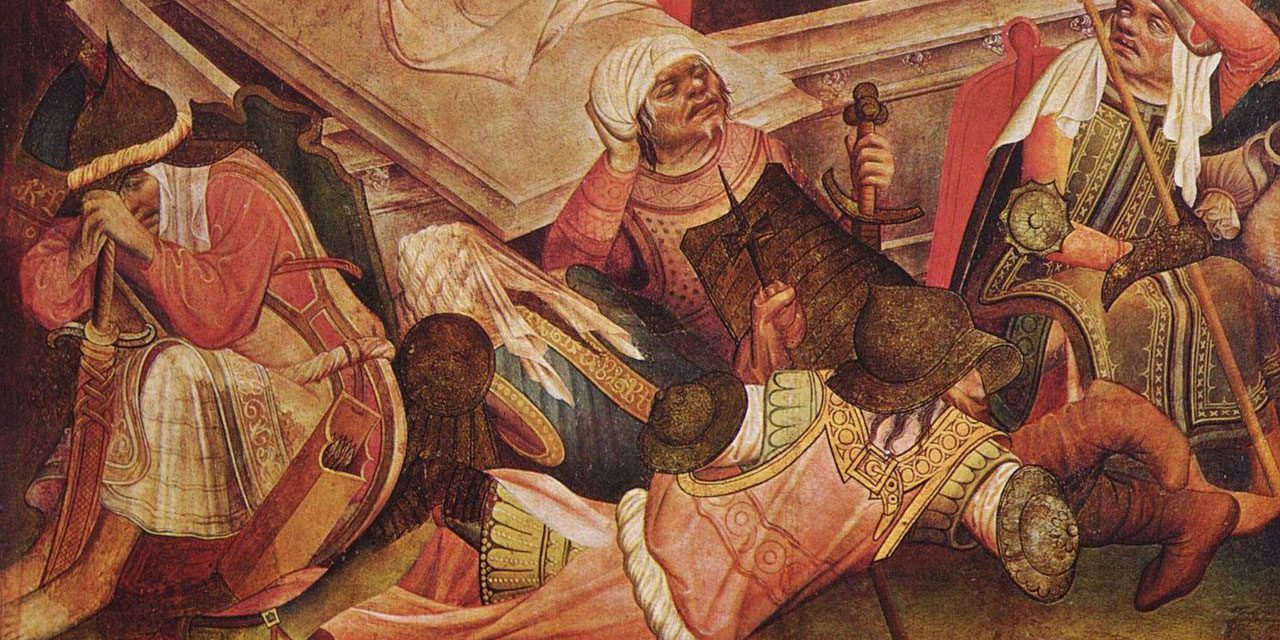 Why Did King Limhi Think Gideon’s Escape Plan Would Work?

The Book of Mormon contains a number of passages that condemn drunkenness or intoxication, or otherwise portray drunkards as foolish or easily exploitable. At the very beginning of the Book of Mormon, for example, Nephi slayed the treacherous Laban when the latter was found drunk and passed out in the dark streets of Jerusalem (1 Nephi 4:5–7). King Noah and his priests were depicted as immoral and lazy “wine-bibbers” who preyed upon and oppressed their subjects (Mosiah 11:13–15).[1] A group of Captain Moroni’s Nephite soldiers was freed when he tricked their Lamanite guards into getting drunk (Alma 55:7–16), and the Jaredite army of Coriantumr was ambushed by the brother of Shared “as they were drunken” (Ether 14:5; cf. 15:22)

The account in Mosiah 22 depicts how the people of Limhi escaped Lamanite bondage by exploiting Lamanite drunkenness. After consulting about the situation (Mosiah 22:1–4),[2] Limhi approved Gideon’s scheme to deliver a tribute of wine to the Lamanite guards to incapacitate them (Mosiah 22:6–10). Once the guards were drunk, “the people of king Limhi did depart by night into the wilderness” by slipping through “the back wall, on the back side of the city” (Mosiah 22:6).

In this narrative, Limhi’s people are depicted as outsmarting the Lamanites by getting them drunk and taking advantage of the situation. As Brant Gardner elaborated, “The fact that the Lamanites seem to have frequently, or even habitually, gotten drunk is interesting and may have been interpreted, even among the Lamanites, as a moral failing.” Their frequent intoxication impaired these foolish guards’ judgment so much that they “apparently anticipated no efforts that their captives would escape, and especially not at night.”[3]

In this way the Book of Mormon is consistent with the biblical record. The Hebrew Bible portrays drunkenness as sinful, foolish, and irresponsible.[4] In the words of one scholar, drunkenness in the Hebrew Bible is condemned as something that “rendered one insensible and imperceptive, a social nuisance, an economic ruin, and a moral and spiritual reprobate.”[5]

Limhi had many reasons to think that Gideon’s idea would work. His religious and cultural backgrounds gave him many reasons to see how the Nephites might be able to take advantage of the weak propensities of the Lamanite guards.

Beyond that factor, Limhi trusted Gideon’s loyalty, courage, and good judgment. The people of Limhi were highly motivated by their covenants and wanted to escape in order to be baptized (Mosiah 21:32–34). Faith and reason combined to increase Limhi’s confidence that the Lord would open a way for the deliverance of His people. The escape was executed only after a careful study of all the possible ways of deliverance (Mosiah 21:36) and after careful planning in advance with Ammon (Mosiah 22:1).

Thus, getting the Lamanites drunk served a practical purpose in the facts of this event. It also worked especially well as a narrative tool in Limhi’s retelling of this great escape and Mormon’s final fashioning of the story to emphasize the cunning of Limhi’s people. Seeing its literary value in this story is not to say that Limhi or Mormon somehow fabricated the detail of the Lamanites getting drunk, but rather that these writers would have readily utilized it as a strong literary tool to retell the story in a way that would echo biblical portrayals of drunkenness.

Ultimately, Limhi thought Gideon’s escape plan would work because of several interplaying factors, not just because the Lamanites got drunk. By taking note of all of these factors, readers of the Book of Mormon can appreciate the richness of the text’s narrative and character depictions.