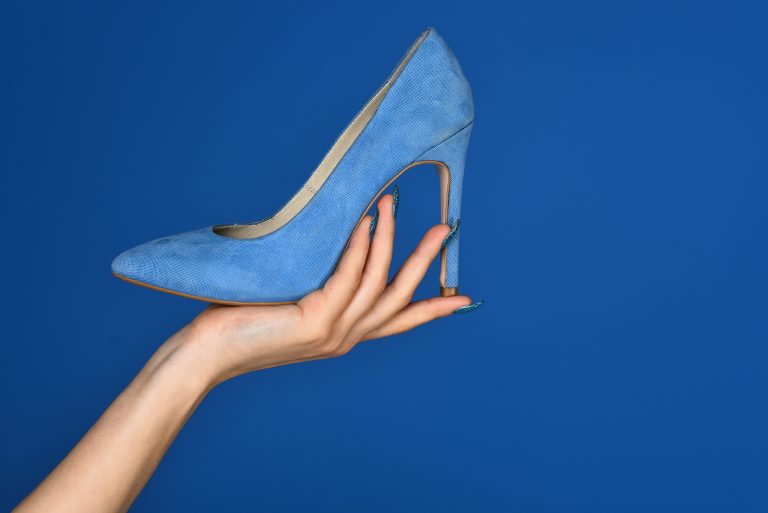 Like many little girls I was captivated by the story of orphaned Cinderella, whose mean stepmother worked her like a slave, and whose sisters were continually cruel and demanding. Through it all, she was sweet and gentle. Woodland animals even helped tie her apron!  You just knew she’d get to attend the ball, meet the prince, and live happily ever after.

This is such a popular story that if you search online for the movie, you’ll see links that say, “Top 20 Cinderella movies.” Good heavens—how many are there? Apparently the appetite of young girls for a fairytale romance is eternal.

But there’s actually a better role in that sweeping story, no pun intended. As the years have rolled by, I’ve come to realize that Cinderella, while very pure and kind, is actually a victim role. She is controlled by her wicked stepmother and sisters. We pity her until the prince can finally rescue her. We also see this poor damsel-in-distress character in Snow White and Aurora. Subsequent Disney princesses have had more daring and pluck, but for decades we knew only that these ingenues were basically helpless.

We also saw stepmothers stereotyped as greedy and uncaring, jealous and even diabolical in some stories. Like the old mother-in-law jokes, women have grown up with the idea that one is either virtuous but clueless, or dastardly and devious.

Except for one rather exciting character. And this is the best role of all: The Fairy Godmother. Here’s a woman who embodies exactly what men and women should both aspire to be: True Givers. She gets nothing in return, yet her love is boundless. She is also clever, witty, full of faith, and encouraging. She has more power than anybody else in the entire story and she uses it for good, to bless the lives of others.

What a cool role model. Even though we see young girls in Princess costumes carrying wands, it isn’t really the princesses who have the wands. It’s the Fairy Godmothers. Those are the superheroes. Those are the ones who feel that lilting joy we’ve all tasted, when we’ve helped someone else. It could be you stocked a pantry for a family in need, or you gave gifts as a Sub-for-Santa, or you’ve toiled into the night for a worthy charity. Whatever you’ve contributed, you know the tingle of excitement that will not leave your heart when you are giving Christlike service. Imagine having that role forever, being the angel who rescues and helps. It beats the other roles by a mile.

This is basically one of our opportunities as we accept callings. And that would include the calling of being a parent. Yes, we teach and guide our children, but we also give them every single thing we can think of, which will bless their lives. And I’m not talking about material goods, but opportunities to feel the Spirit, to experience generosity, to think of others, to develop their own skills, to repent, to forgive. Even when our kids are mad at us, we can rely upon that core of truth that we are following inspiration and doing what will ultimately be the best for our children.

People on missions are like this. They do nothing all day but give. They invite people to become even more blessed. They share exciting, joyous news.  They may wish they had a magic wand at times, but they continue despite rejection and disappointment. They know they are serving the Lord and they can sleep peacefully knowing they’re doing their best.

Some stories actually remind us of the higher law of giving. In A Brother Like That by C. Roy Angell, a man sees a destitute boy on Christmas Eve, admiring the man’s shiny new car. He tells the boy that the car is a gift from his brother. The child says, “Gosh, I wish…” and the man is sure the boy wishes he had a brother like that. But instead, the little fellow surprises him and says he wishes he could be a brother like that. The man offers him a ride, and the boy directs him to his modest home where he carries out his little polio-stricken brother and says, “There she is, Puddy, just like I told you…someday I’m gonna give you one just like it; then you can see for yourself all the pretty things in the Christmas windows that I’ve been trying to tell you about.” It’s a great reminder that it’s so much better to give than to get.

So can a woman be swept off her feet by a Prince Charming? Of course. But she’ll never attain ultimate happiness unless she learns to be like a Fairy Godmother, continually serving and helping others. The same goes for men. When you watch movies with children, or you read them stories, ask them which character they’d like to be and why. See if you can find the role of a Savior. And talk about why this, more than any of the other roles, is the one you really want.

Hilton’s newest work, A Little Christmas Prayer, is not just for Christmas. Sometimes it takes a child to raise a village, and this tale teaches anyone, of any faith, the magic of gratitude. All her books and Youtube Mom videos can be found on her website. She currently serves as an Interfaith Specialist for Public Affairs.

Kristin---I agree! Cinderella never allowed the mistreatment she received to cause her to be bitter. She remained kind and was able to enjoy the good things in her life, even the little animal critters.

I always thought that Cinderella was a real hero - a type of the suffering servant like Christ, but not a victim. She was endlessly kind and charitable and loyal despite her circumstances foisted upon her she was wise to the faults of those around her and annoyed by them but refused to participate in contention. She was ill used but didn’t let her circumstances dictate her mood. This is why Cinderella has been an inspiration to me.