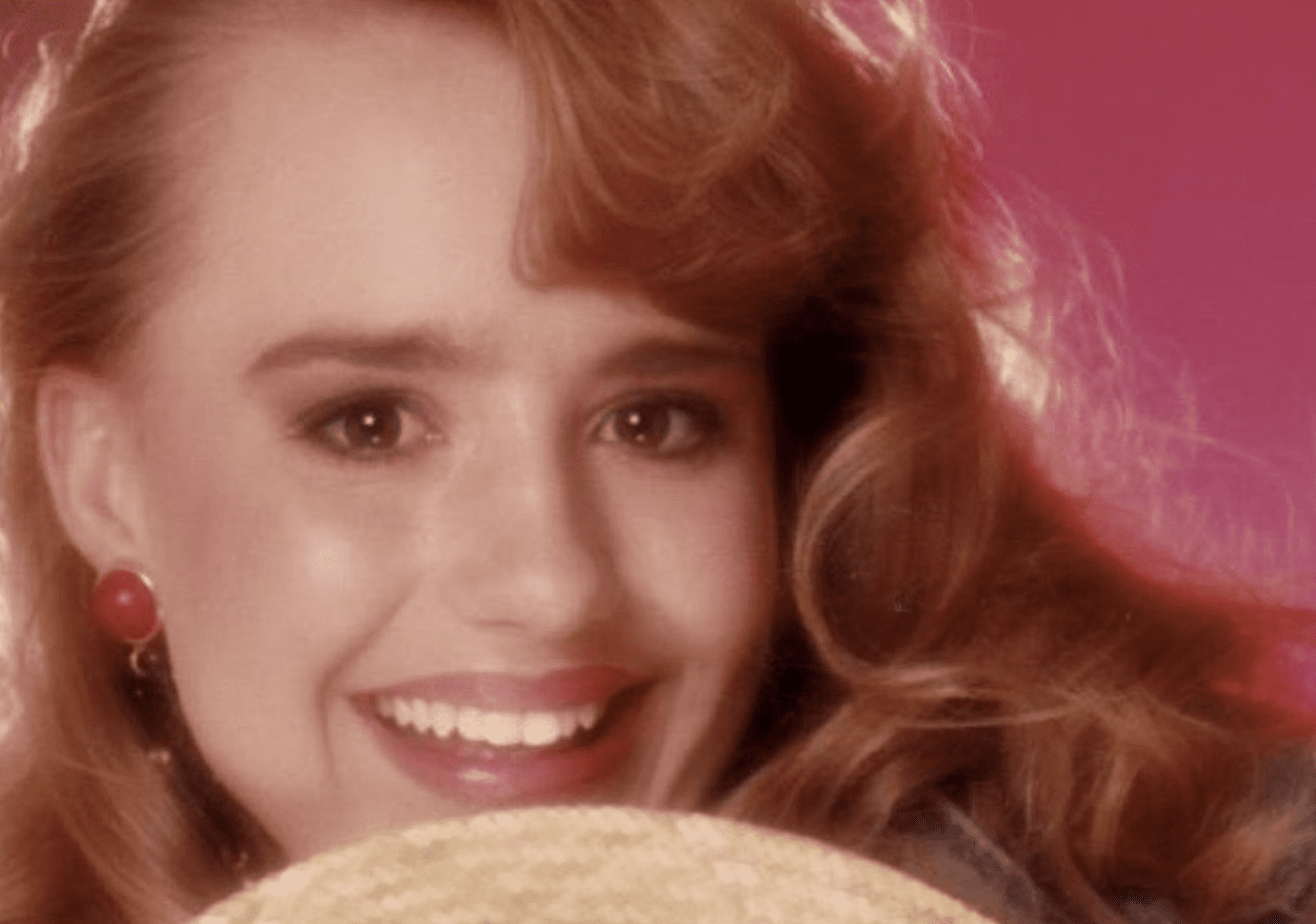 When God brings Life Out of Ashes

When our daughter, Amber, was diagnosed by the head psychiatrist at the mental hospital as being severely bipolar, we didn’t really know what that meant, exactly. So, the doctor tried to explain bipolar disorder to us. She ended by saying that while for most people it is possible to control bipolar disorder medically, in Amber’s case, her brain was producing not just insufficient dopamine, but zero dopamine. She shook her head and said, “I’ve never heard of a brain that produces absolutely NO dopamine.” Then she said solemnly, “You need to prepare yourself for the fact that your daughter probably won’t make it.”

When she said that, I could feel the hair rising on the back of my neck, as chills went down my spine. I sat bolt upright and said as calmly as I could, “Amber will make it! She has a devoted and loving family. We will support the healing process with whatever it takes. But you need to understand that Amber will make it.” The doctor shook her head, closed the file, and said unconvincingly, “Well, let’s give it our best shot.”

For nearly eight years, we did exactly that. We prayed daily as a family for Amber’s healing. Personally, I think I prayed a hundred times a day. Our family fasted together over and over for Amber. My husband and I fasted every week. We had her name constantly in multiple temples. I attended the temple weekly to plead with God for her healing.

But things went from bad to worse. In spite of teams of psychiatrists, psychologists, and life coaches, she went through dozens of suicide attempts and spent months in and out of mental hospitals. Her medical bills were staggering, running into the hundreds of thousands of dollars. We worried that we were burning through all our carefully saved college funds for our other eight children. But they were behind us 100%. They assured us they were willing to sacrifice whatever it took for our beloved Amber to be healed.

Each suicide attempt seemed to hit me deeper. Each time I struggled a little more and a little longer to regain my hope—anything to hold onto. I felt that half of my battle was just battling the personal despair that sank a little deeper with each episode. I pled and pled and pled with God. I offered Him to give any sacrifice that would help. I covenanted with Him that I would do anything, I just needed to know what to do. I’ve never felt more helpless.

Sadly, we lost this battle. Amber took her own life at age 26. I couldn’t believe how overwhelming the loss was. I felt that in many ways, my own life was over. It was such a crushing loss that I feared it would overpower me.  I struggled to push through the sense of failure, the incriminating thoughts of What kind of mother are you, if your daughter was so miserable that she killed herself?

I’m assuming that most of my readers know how Amber’s death eventually propelled me to found Rising Star Outreach, to work with the people in India affected by the dreaded disease, leprosy.

In India, shortly after we opened our first little preschool for children from the leprosy colonies, India was hit by the vicious tsunami of 2004. In my article last month (What Surviving a Tsunami Taught Me about God’s Awareness of His Children) I recounted how the tsunami literally came up to the door of our little school, before pulling back. We didn’t lose a single life.  But all around us was devastating death and destruction. Given our location at nearly the epicenter of the destruction, which spread 100 miles up and down the Eastern coast of India, we were in a unique position to help. Immediately we began to do all in our power to help comfort the survivors.

We spent time helping people dig in the sand agonizingly looking for missing children, or spouses. We hugged and cried with so many who had lost family members. We gathered at a mass grave, bodies thrown on top of each other, and tried to provide someone to lean on as people wept and bid goodbye to their loved ones, in this bleak circumstance.

We replaced fishing nets and fleets of lost fishing boats for many of the fishing villages that had lost their only means of support. We gave out more than a thousand micro-loans to the fishing villages to help them get back on their feet. We provided medical care, hope, and a shoulder to cry on.

It was an indescribably emotionally draining experience. We were working 19-22-hour days, getting almost no sleep. There was just too much to do. Cholera was a threat and didn’t wait for one to catch up on sleep. It seemed we went from one gut-wrenching situation, straight into the next. I don’t remember ever being so emotionally drained and physically spent.

Late one night as our Children’s Home leader, Gopi, dropped me off at our volunteer apartment, I looked over at him to thank him for selflessly working another 22-hour day. He looked like he was at the breaking point. Worried, I counseled him to get some sleep and not come for me until at least six AM the next day.

Tears began to fall down his cheeks. He said, “Becky, I’m drowning. I’m afraid I’ve lost my belief in God.” I looked at him incredulously. Gopi was one of the most faith filled people I had ever met. “Talk to me . . .”, I said, because I couldn’t think of anything else to say.

The words spilled out. “What kind of a God would do this? A quarter of a million people killed, families ripped apart, women looking desperately in the sand for their children.” His voice was tinged with bitterness. “And why do these disasters always hit the poor? Why the poor fishermen? Why the helpless children?”

I clearly didn’t have any answers. I was struggling with the same thoughts. I silently sent a prayer heavenward, Help me to be able to answer Gopi. (and myself!).

I suddenly felt a beautiful sense of peace wash over me. I knew the answer immediately. I said, Gopi, the hardest thing I ever did in my life was bury my beloved Amber. I felt abandoned by God. Where was He during all those years that we had prayed so earnestly for her healing?

Gopi knew all about my daughter’s story, because it was what had brought the two of us together. I continued, But Gopi, if I had not buried my beautiful daughter, where would you be today? Gopi looked up and stared at me. Gopi had been raised in an orphanage for gypsy children. He had had no opportunity for education. He had no one to support him or to direct him. Without Rising Star Outreach, one could only guess what would have happened to Gopi.

At this point Gopi was staring at me, speechlessly. So, I continued, And Gopi, where would all the children in our children’s home be? Would they all be back begging on the streets of Chennai?

By now Gopi’s head was in his hands and he was weeping. I knew that he loved these little children more than he even loved himself.

I tried to say this as gently as I could, but I was also weeping by now. Gopi, I can’t even begin to try to explain how God could have allowed this terrible tsunami. I can’t explain why He didn’t heal my daughter. But I know this, that God is so good, that He can bring beauty out of our greatest suffering. Look at all the thousands of people whose lives are better now because my own daughter suffered so much. Look at how much hope and joy have come as a result of her suffering. Who knows what may come of this terrible tragedy here in India?

Gopi never answered me that night. But I could tell that the Spirit had touched him as it had touched me.  The next morning, he came at 6:00 AM and we went back out to do what little we could to help in the face of such overwhelming need.

Years later, Gopi asked me if I remembered that conversation?  Of course, I answered. He said, “I couldn’t imagine any good coming out of the tsunami, but now I can now finally see that good did, indeed come. For just a few months it brought people in India, across the caste systems, together, as higher caste people rushed to try to help those stricken by the tsunami.

Through the micro-loans we and other charities had given out, the economic status of the people has been raised significantly. “

I will admit that not every tragedy has a happy ending. I still miss my daughter terribly. But I have a burning belief that God can indeed consecrate our sufferings to our eternal welfare. He can bring healing through unexpected means.

In my own case, when I travel to India, I often feel Amber’s presence. As I see what has gone forth as a result of her suffering, I almost wonder if she agreed in the pre-existence to sacrifice for these people. The girls’ dorm at Rising Star was named by the Marriot foundation (who funded it), The Amber Douglas Home for Girls. Her picture stands at the entrance.

Every time I see her picture there, I get chills. I think of all the hundreds and hundreds of girls who, over time, will live in this building, attend the Peery schools at Rising Star, and go on to have families of their own. How vastly different their lives will be because they lived in this dorm! How different the lives of their children will be because their mothers lived in this dorm! And how good God is, that He can bring life from ashes.

The Apostle Paul said that in this life “we see through a glass, darkly.” We don’t really get the whole picture. We only see this mortal existence. We don’t get to see the eternities. But I believe that one day we will see everything and finally understand. Elder Neal A. Maxwell, once commented on how we all know people who seem to have been hit by life, over and over again. He said that while we all hope to hear the words, “well-done thou good and faithful servant”, as we encounter the Savior in the next life—Elder Maxwell liked to think that for some people, who have had to overcome seemingly insurmountable odds, they will likely hear the words, “especially well donethou good and faithful servant!”

Let’s all love each other, support each other, and hang on until we get that eternal perspective!

Thank you for your article. I needed it today--I have a daughter Amber also. Totally different circumstances, other than she overwhelmingly needs help also. I appreciate your perspective and look forward to that next life of understanding why things happen the way they do. Meanwhile. I hang onto hope and faith, sometimes by a thin thread, and endeavor to endure while waiting for that further light and knowledge.

Thank you Becky dear for such a sad but then uplifting article. Turning Amber's too short life into your determination to make it count for something turned out to be so inspirational for the thousands you have helped. And on and on it will continue with much momentum, giving love, caring and hope to so many who desperately need it.