Whatever Happened to Telling the Truth? | Meridian Magazine 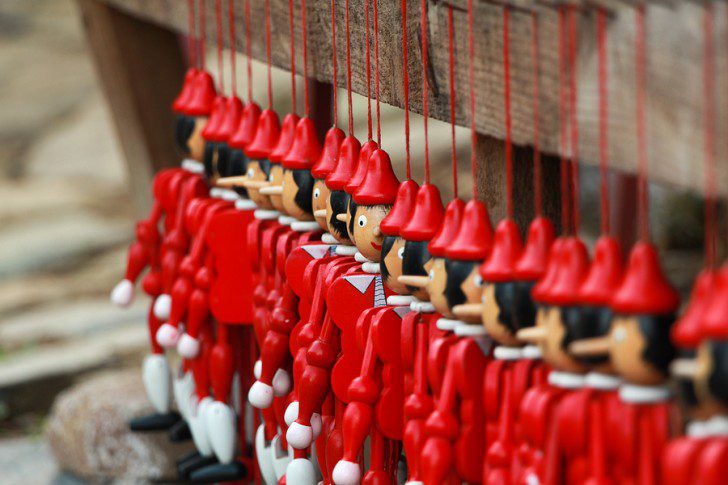 Whatever Happened to Telling the Truth?

These are ideas from an article in National Review by Victor Davis Hanson.

Victor Davis Hanson laments in this important essay about why Americans excuse those in the public square who lie to us and “why today we assume that lying is simply a narrative, not a window to one’s character.”

We claim there is no such thing as “truth,” as assertions gain credulity only by the degree of wealth and influence behind them (white, male, Christian heterosexuals usually are the bogeymen who establish self-interested “standards” of accuracy and fidelity). So fables in service to a progressive cause are not lying, as they would be if in league with reactionary forces.

Lying in America has become not lying when “good” liars advance alternative narratives for noble purposes — part of our long slide into situational ethics and moral relativism.

Relativist slogans abound (e.g., “One person’s terrorist is another’s freedom fighter”). “Hands up, don’t shoot” was never uttered by Michael Brown, who was not an innocent “gentle giant” but a strong-armed robber who sought to take a policeman’s gun and then charged at the cop. But since his fictitious last utterances should be true, therefore they are and, presto! became the slogan of Black Lives Matter. In the opposite fashion, there is to be no such thing as Black Lives Matter protestors calling for frying police or killing cops, since negation of the truth serves a far more noble purpose than would confirmation.

Orwell was onto the game far earlier than the French postmodernists. He rightly saw it as a postwar pathway of the Left to assuming and keeping power: What was written on the barn wall on Monday as an absolute commandment was crossed out and replaced on Tuesday, in the fashion that the Soviet Union used to airbrush out sudden enemies of the people from all past pictorial records. Who knew what the party line would be by Wednesday? What frightened Orwell was not so much lying British industrialists or celebrities, but officers of the state who sought to dismiss the idea of the truth itself and justify the dismissal on ideological grounds.

“People’s Republic” after 1946 usually meant that the Communist country in question was never a republic nor ratified by a vote of the people. “Sanctuary cities” today neither have the legal right nor the moral weight to offer exemption from federal immigration law. They do not serve any purpose other than self-interested “nullification” of the law in the fashion of 1850s Confederate states that arbitrarily declared federal statutes null and void in their jurisdictions. We know how that construct ended up.

Gender is now defined not by biology, but by culture or suspect patriarchally constructed norms. “Undocumented migrant” replaces “illegal alien” even as those who crossed illegally into the U.S. never had any documents to begin with, were foreign nationals, and were migrants going into the U.S., not mere directionless travelers.

What becomes of a nation that has abandoned truth and embraced narrative, pretending that is for our good?

A good example of how Satan deceives is in Alma 30:53 where Korihor confesses that the words he taught were pleasing to the carnal mind and he taught them until he believed them himself. That's what we're dealing with today.

Lying got to a point where, upon being asked by a journalist whether she always told the truth, Hillary Clinton revealed her true nature by saying that she "tried" to, as if there was such a challenge in doing so!