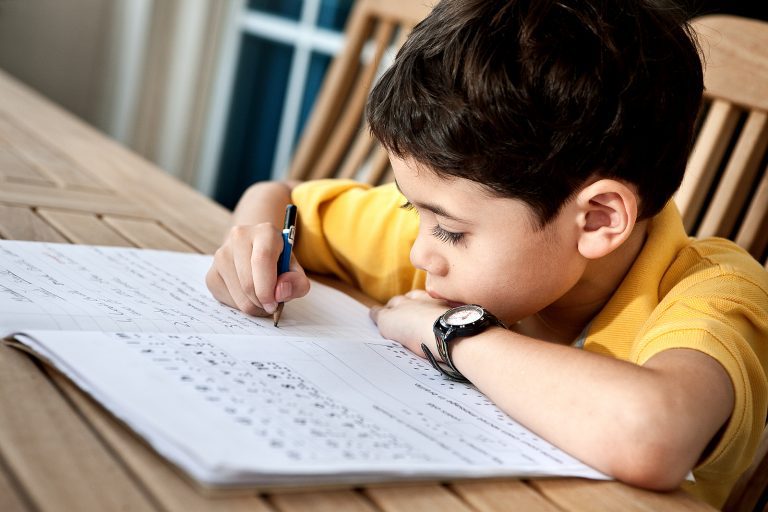 Eight-year-old Jason, one of our foster children, slammed his pencil down. “If you truly loved me, you wouldn’t make me do things I hate, like this math!”

Jason had come to our home with his sister and brother. The three children were taken from their home because their mother needed medical help to stabilize her mentally, and their father played video games all day and didn’t take care of them. The children had been left on their own to get food, get on the bus, and fend for themselves.

Often the boys missed school, and when they did go, they showed the lack of care they were receiving. Though almost four, Talia had been left in a crib all day, often going hungry and having no interaction with anyone when her brothers weren’t home.

Shortly after the children came to our home, we started receiving calls and letters from the boys’ teachers. They were struggling with homework and other related items. Jason was especially having a hard time. He was held back in the same grade he was in the previous year but was still failing every subject.

Sitting in his chair at our kitchen table where I had been working with him, Jason glared at me. He was defiantly daring me to teach him any more.

“Jason,” I calmly said, “love is not letting a person throw their life away when you know they have great potential. True love is helping them become the best they can be.”

Jason’s expression turned from one of anger to one of confusion. “What?”

“Jason, you can do this math. I know you can. You’re a smart little boy. You have the ability to be the top student in your class. And I’m not willing to let you do or be less than you can be. However, that only comes through hard work.”

Jason stared at me for a long time. Finally, he said, “When you make me work on the homework that I hate, it’s because you love me?”

I nodded. “I want to see you become the best that you can be, and I know you can do great things.”

He just stared at me for a minute or so. It was evident that he had never thought of it that way before. Finally, he quietly opened his book, and we went back to work. It took a while to get the whole assignment right because I wouldn’t just give him the answers. I made him work them and then showed him what he was not understanding. But a couple of days later, when he brought home a paper with a perfect score, it was the first time he didn’t get a zero, and he was thrilled.

I wish I could say it was perfect after that, but it wasn’t. Still, one success led to another. As he felt the joy of accomplishment, he sought more. My wife and I spent hours working with him on reading, writing, math, and all of his subjects. Soon he was bringing home high scores on every assignment.

After a few months Jason brought home his grade report. He had nearly perfect grades in every subject. He also brought a letter from his teacher. She said he was the top student in her class in almost every area. He was now working hard and wasn’t belligerent. She said Jason had top scores in nearly every attitude category, which pleased her even more than his grades. She ended with, “I don’t know what you’re doing, but keep it up.”

When I read his grades, I praised him, and he just beamed. He smiled and said, “Love is helping someone do their best, and doing my best feels good.”

As he ran off to join the other children, I thought that with all he had learned, his new understanding of what love truly is was probably the most important thing of all.

Mr. Daris Howard, Sir: I am always looking forward to reading your article. You are my favorite writer here. I especially like the wit you are putting in every article that you made.

Well, my room just got dusty. Thank you for sharing, and thank you for making this story possible.